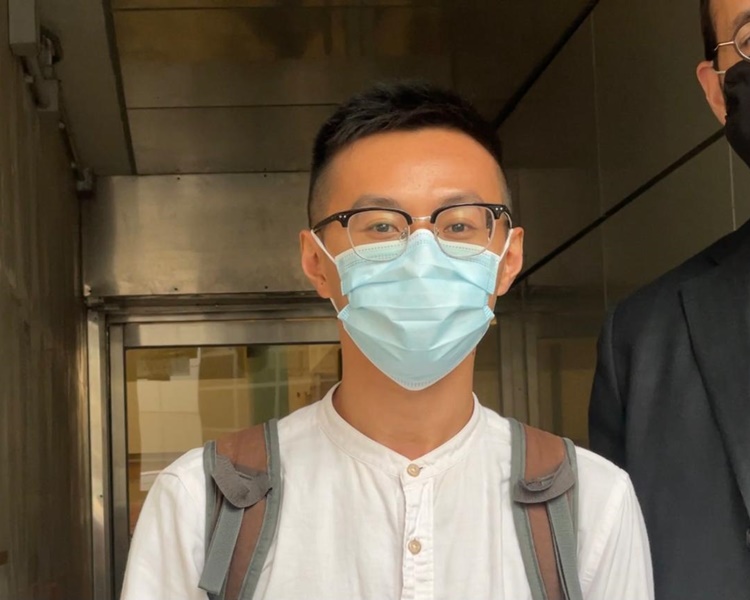 A gay activist has withdrawn a judicial review after the government promises to treat same-sex couples equally in funeral arrangements for their partners.

Lee Yik-ho married his late husband Edgar Ng Hon-lam in the United Kingdom back in 2017.

Ng was troubled by depression and committed suicide on December 7 last year. He texted Lee earlier, saying he wanted his husband to arrange a sea funeral for him.

But after Ng died, Lee was denied the right to make funeral arrangements for Ng. He was barred from handling matters arising from his spouse’s death, and was not allowed to identify the deceased, take part in the investigation into the cause of his death, and collect the body to arrange a funeral, burial and cremation.

Lee filed a judicial review to challenge existing laws about after life arrangements, saying they discriminate against same-sex couples and violate the Basic Law and the Hong Kong Bill of Rights Ordinance.

All clauses which mention “husband” and “wife” should be changed to the word “spouse,” which cover same-sex couples, he demanded.

Same-sex couples should also be considered as family of the deceased.

On Thursday, the High Court was told Lee has reached a consensus with the respondents – the Secretary for Justice and the Director of Health.

In view of that, Judge Anderson Chow Ka-ming dismissed the application for judicial review.

The court was told that the respondents have acknowledged their mistake, clarified their positions and confirmed that same-sex widows and widowers would be treated equally by various government branches when handling various after-death arrangements of their deceased spouses, without distinction of their sexual orientation.

It is clarified that the police will decide on who is the most appropriate person to identify a body based on the circumstances of the case, regardless of whether same-sex or heterosexual couples are involved.

Forensic pathologists will treat same-sex couples equally over the identification of their partner's bodies.

The term "spouse" in The Coroners Ordinance will not distinguish between homosexual and heterosexual couples. The Coroner's Court will not deny the rights of same-sex couples or treat them differently.

In addition, regarding cemetery and cremation arrangements, the current policy of the Food and Environmental Hygiene Department does not deny the rights of same-sex couples. There is no policy or internal guidelines that restricts the provision of after-death arrangements for same-sex couples.

The Immigration Department does not have a policy of denying same-sex couples the right to apply for a copy of their spouse's death certificate on the grounds of sexual orientation.

“Today, the applicant (Lee) may finally find some relief to know that the respondents will from now on respect the fundamental human rights of same-sex married couples without any ambiguities, and that everyone may grieve over the loss of their loved ones with dignity and equal treatment, regardless of sexual orientation,” according to a statement put out by his law firm.

Ng was discriminated against in many ways during his lifetime because of his sexual orientation and filed a number of judicial reviews on the rights of same-sex couples.

After his death, his widower continued with the legal battles.
Add Comment