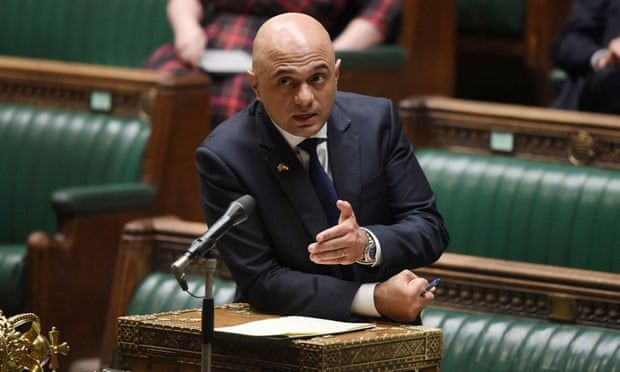 Data must be provided on the experience of children undergoing care, says health secretary

A review of the long-term outcomes for children treated for gender dysphoria is being drawn up by ministers, following warnings over how little is known about children who later regret the treatment.

Sajid Javid, the health secretary, wants to hand new legal powers to an existing review into NHS gender identity services for children, granting it greater access to crucial data on the experiences of patients who have undergone treatment.

A review led by Dr Hilary Cass, a former president of the Royal College of Paediatrics and Child Health, has already published an interim report that identified a lack of “routine and consistent data collection” within the Gender Identity Development Service (Gids), which oversees the services in England and Wales.

Her report warned that a lack of data meant it was “not possible to accurately track the outcomes and pathways that children and young people take through the service”.

Allies of the health secretary have told officials that he wants to change the way services are offered, having become concerned by Cass’s interim finding that some staff felt “under pressure to adopt an unquestioning affirmative approach” to children who expressed concerns about their gender.

The health secretary is said to believe that the current system is failing children, according to a report in the Times. The newspaper also said that Javid compared the political sensitivities over gender dysphoria to the claims of racism that accompanied revelations of grooming of children in Rotherham.

However, there were calls yesterday for Javid to avoid “scaremongering” over gender dysphoria. Gids is based within the Tavistock and Portman NHS Foundation Trust, with clinics in London, Leeds and Bristol. The service says it is very rare for patients to later regret taking puberty-blockers and less-reversible hormone treatments, but other experts say that there are no comprehensive studies on the issue.

David Bell, a former consultant psychiatrist and staff governor at the Tavistock and Portman NHS Foundation Trust who has raised concerns about treatment at Gids, said: “There has been no follow-up of the patients, so there is no data. As Javid has said, we need to find out what happens to these children.

“He likens it to the situation in Rotherham, which at first seems a strange comparison to make. But when one thinks about it, he has made an important point.

Lui Asquith, director of legal and policy at the transgender and gender-variant charity Mermaids, said affirmative care was “not at odds with exploration and that exploration should always be without expectation”.

They added: “Some young people are trans, and some of them need puberty blockers to be comfortable and able to engage properly in life. That process needs to be informed and timely – just as you’d expect with any area of healthcare. Scaremongering around trans healthcare is unhelpful and, instead, we call for understanding and respect.”

A spokesperson from the charity Stonewall said: “What is important is that children and young people are listened to and that they are at the heart of decision-making, supported by their families and clinicians. These treatments must be based on the best possible data, and draw from global medical expertise and consensus rather than rhetoric or fearmongering. The Cass review is an in-depth, expert-led review that is already well under way and due to report later in the year, and so an additional review would be an unnecessary, kneejerk intervention.”

Labour sources suggested that the government was effectively re-announcing an inquiry that was already progressing. Senior figures said the government was trying to use “culture war” issues to distract from the rising cost of living and questions around Boris Johnson’s leadership.

A spokesperson for the Tavistock and Portman NHS Foundation Trust said: “We agree that support should be holistic, based on the best available evidence, and that no assumptions should be made about the right outcome for any given young person. At Gids, we take a young person’s sense of themselves seriously. Some may refer to this approach as ‘affirmative’. However, being respectful of someone’s identity does not preclude exploration.”
#boris johnson  #johnson
Add Comment