The pipeline restarts after the EU warns a "full cut-off" of Russian gas flows is a "likely scenario" for which the continent needs to be ready.

Moscow has allowed gas to flow through the biggest pipeline between Russia and Germany after it was cut off for 10 days - as the UK warned Vladimir Putin's forces were closing in on Ukraine's second biggest power plant.

The Nord Stream 1 gas pipeline has restarted after concerns Moscow would use its vast energy exports to push back against Western pressure over its invasion of Ukraine.

Gas stopped flowing through the pipeline while it was undergoing annual maintenance, and while it has now resumed, the gas flow is expected to fall well short of full capacity.

Europe remains braced for possible further supply cuts during an economic tit-for-tat with the Kremlin.

Concerns that Russian supplies of gas sent through the Nord Stream 1 pipeline could be stopped by Moscow prompted the European Union to tell member states on Wednesday to cut gas usage by 15% until March as an emergency step.

"Russia is blackmailing us. Russia is using energy as a weapon," EU Commission President Ursula von der Leyen said, describing a full cut-off of Russian gas flows as "a likely scenario" for which "Europe needs to be ready".

Meanwhile, the UK's Ministry of Defence has warned Russian forces are likely closing in on Ukraine's second biggest power plant at Vuhlehirska in Donetsk.

In its regular bulletin, British military intelligence said Russia is "prioritising the capture of critical national infrastructure, such as power plants".

It added that Russia is probably attempting to break through at Vuhlehirska as "part of its efforts to regain momentum on the southern pincer of its advance towards the key cities of Kramatorsk and Sloviansk". 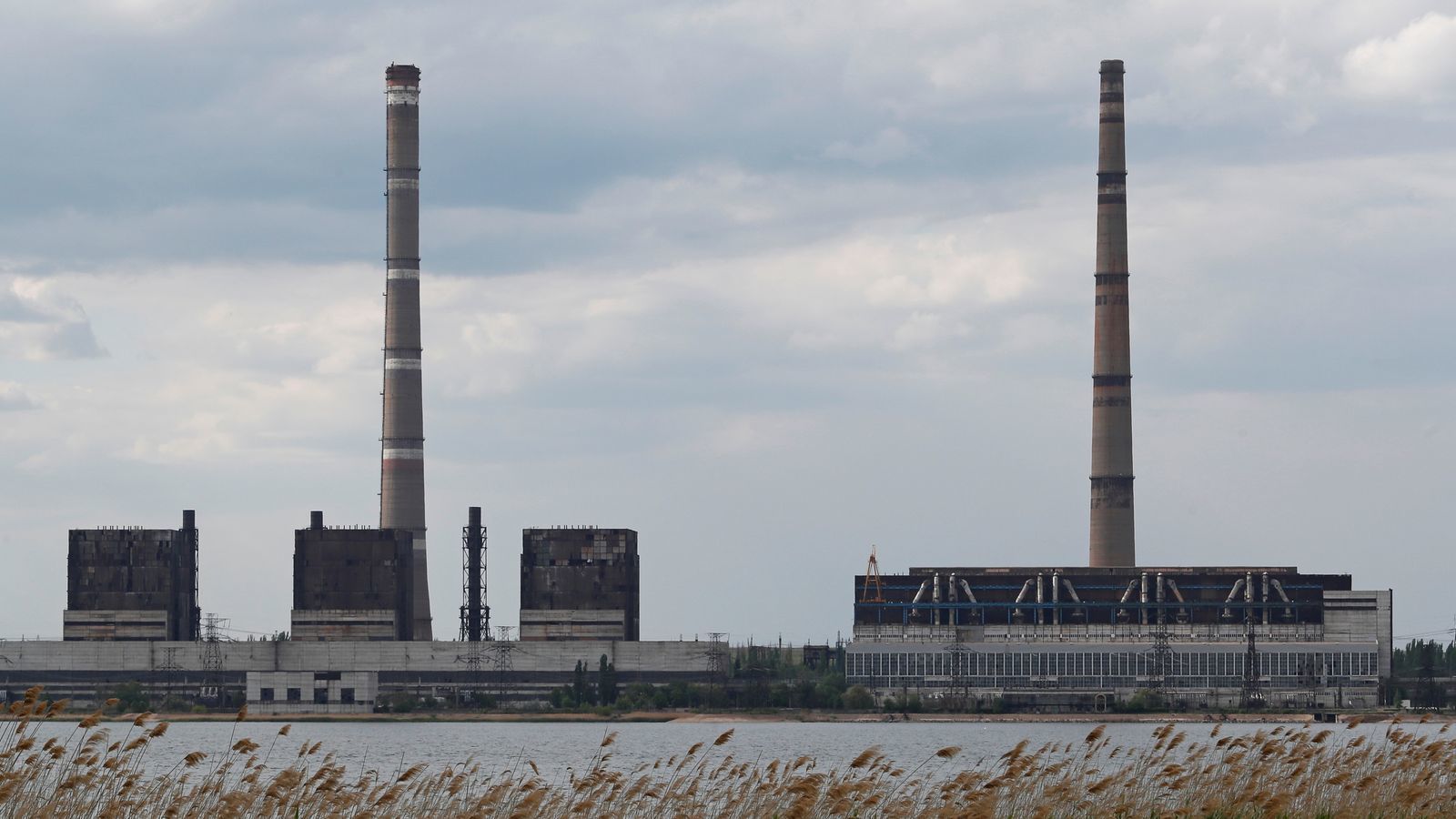 Russia warns West not to supply Ukraine with weapons

The MoD's warning comes as Russia's Foreign Minister Sergei Lavrov said the Kremlin's goals had expanded during the five-month war.

"That means the geographical tasks will extend still further from the current line," he said, adding peace talks made no sense at the moment.

However, Kremlin spokesman Dmitry Peskov later told RIA that Moscow is not closing the door on talks with Kyiv despite Mr Lavrov's comments.

Russia has touched 'every square metre of Luhansk'

On the battlefront, the Ukrainian military reported heavy and sometimes fatal Russian shelling amid what its says were largely failed attempts by Moscow's ground forces to advance in the Luhansk and Donetsk regions that make up the Donbas.

"In the Luhansk region, there is probably not a single square metre of land left untouched by Russian artillery," Serhiy Gaidai, the regional governor said.

"Shelling is very intense. They stop only when the metal 'gets tired'."

In the previous 24 hours, Ukrainian forces said they had killed more than 100 Russian soldiers in the south and east and destroyed 17 vehicles, some of them armoured.

The Russian-installed administration in the partially occupied Ukrainian region of Zaporizhzhia said Ukraine had conducted a drone strike on a nuclear power station there, but the reactor was not damaged.

Russia's invasion has killed thousands, displaced millions and flattened cities, particularly in Russian-speaking areas in
the east and southeast of Ukraine.

It has also raised global energy and food prices and increased fears of famine in poorer countries as Ukraine and Russia are both major grain producers.

The United States estimates that Russian casualties in Ukraine so far have reached around 15,000 killed and perhaps 45,000 wounded, CIA Director William Burns said on Wednesday.