Queen Elizabeth II's service and duty have been commemorated at the annual Festival of Remembrance in London.

The event at the Royal Albert Hall, part of a weekend of tributes to war dead, was attended by the Royal Family.

King Charles and his siblings, Princess Anne and the Earl of Wessex, watched as video of their mother was played.

The late Queen enlisted in the Auxiliary Territorial Service as a teenager towards the end of World War II.

This year's event also marked 40 years since the Falklands war, with footage of contributions from those who served.

The Royal Family will also take part in a Remembrance Sunday service at the Cenotaph when a two-minute silence will be held at 11:00 GMT. 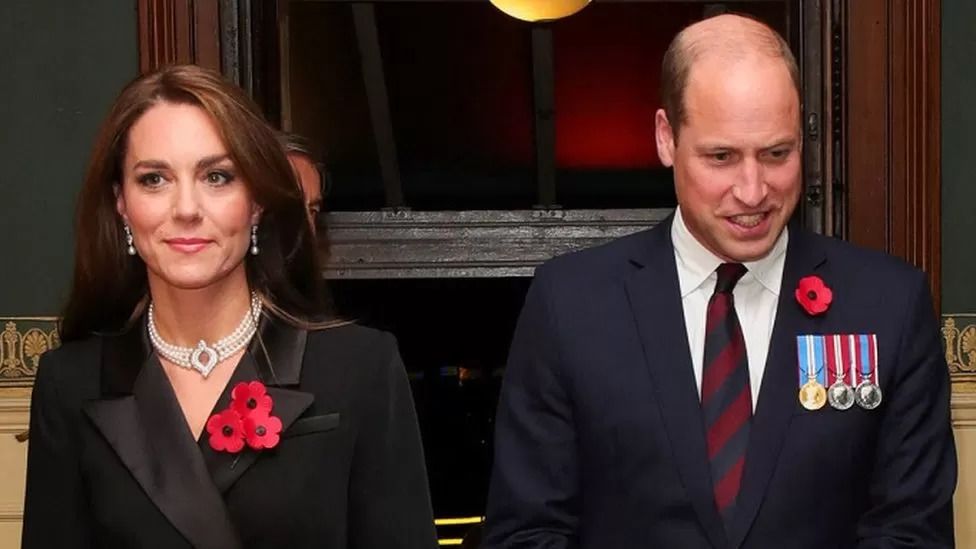 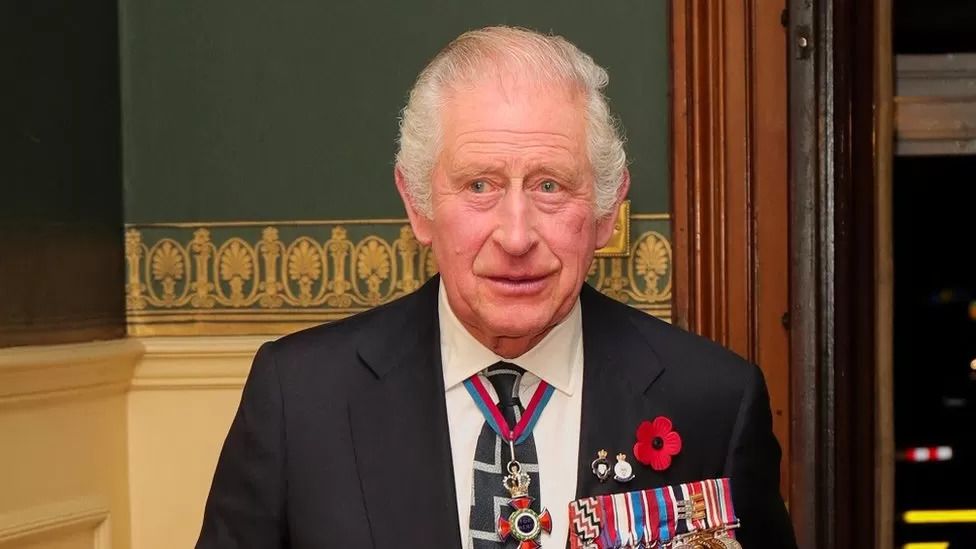 As tributes were paid to the late Queen, a clip of her was played in which she spoke of the "tremendous contribution" the Armed Forces had made to Britain's "standing and reputation" throughout the world during her reign.

The late Queen was the longest serving commander-in-chief of the British Armed Forces - a position held by the monarch - and was also the patron of the Royal British Legion, a charity that provides support to veterans and their families.

Elizabeth II considered Remembrance Sunday one of the most important engagements in her calendar.

The UK's longest-reigning monarch lived through World War II as a teenager. At the age of 18 she enlisted in the Auxiliary Territorial Service - a branch of the Army for women - in February 1945, and trained to become a military truck driver and mechanic. The late Queen was the first female member of the Royal Family to serve in the Armed Forces. However, the war ended before she could be assigned to active duty.

Also in attendance on Saturday evening were Camilla, the Queen Consort, the Prince and Princess of Wales, the Countess of Wessex, Vice Admiral Sir Tim Laurence, the Duke and Duchess of Gloucester, the Duke of Kent and Princess Alexandra. 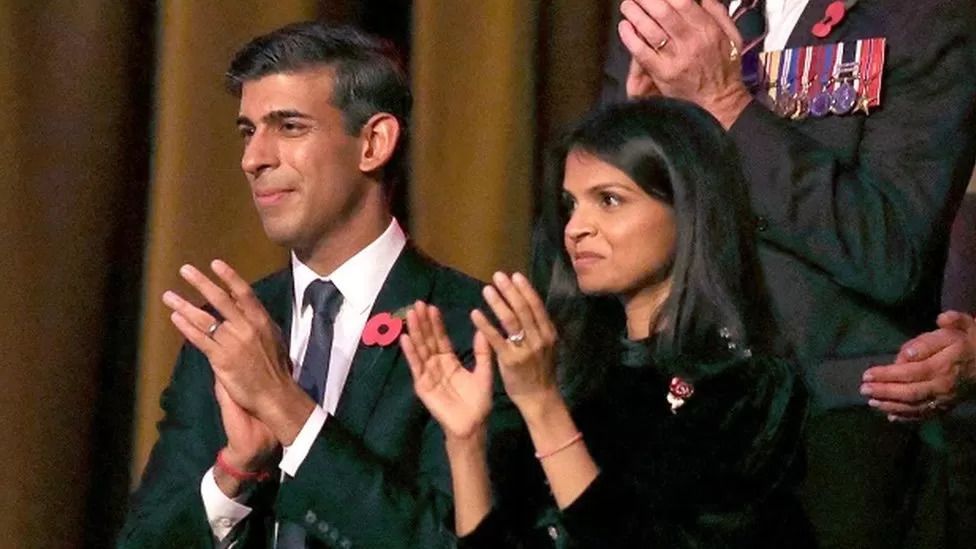 Prime Minister Rishi Sunak was joined by his wife, Akshata Murthy, at the event 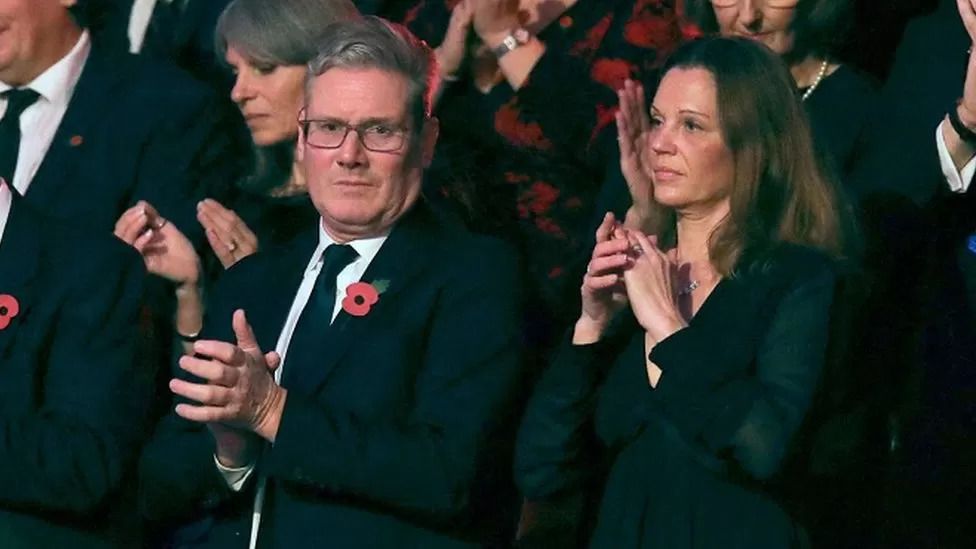 The evening was opened with a rendition of I Vow To Thee My Country by actor Luke Evans, and also saw performances by Andrea Bocelli and Hallelujah by EastEnders actress Shona McGarty.

The Chelsea Pensioners, among the oldest retired members of the Army, received applause as they took their seats.

The Royals joined the crowd to sing Jerusalem after the remembrance book, which contains the names of British war dead was brought into the venue. One of those who brought it into the hall was Captain Dmytro Donskoi, defence and air attache for Ukraine.

It ended with a rendition of God Save The King and three cheers, after which Charles waved to the crowd who applauded as the Royal Family left.

On Sunday, senior members of the Royal Family will pay tribute to the fallen when they take part in a service of remembrance in central London, where they will lay wreaths at the Cenotaph - along with senior politicians and faith leaders - and observe a march-past by 10,000 veterans.

Working with a number of partners, including the Normandy Memorial Trust and the Royal British Legion, the BBC has already spoken to many men and women who served during the War - you can watch their testimonies here.