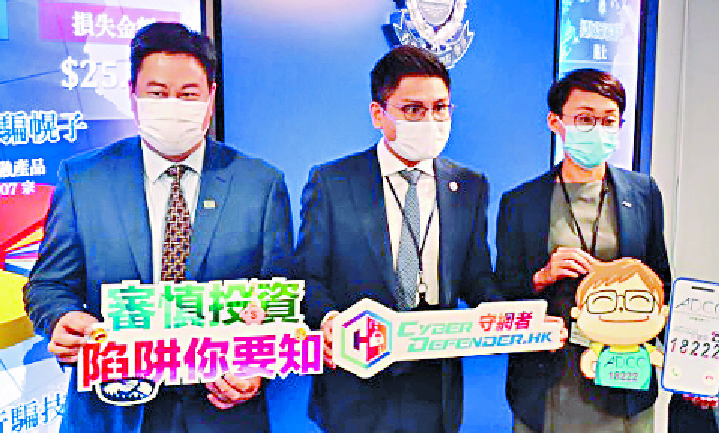 About HK$2.5 billion was lost in 725 investment scams in the first seven months this year, with nearly half involving romantic lures.

Police said 48 percent of the scams were love ruses and the rest involved the use of fraudulent websites or mobile apps to deceive a total of 1,049 people. Yet, only 124 arrests have been made.

The victim of the largest romance investment scam happened last year but the case was not reported until January. It involves a 23-year-old piano teacher who was scammed out of HK$9.05 million, commercial crime bureau chief inspector Ngan Hoi-ian said on Monday.

He said the woman was befriended by a scammer on Instagram in October before the she was led to believe a romantic connection had been established. That same month, the scammer asked her to invest in precious metals.

"The scammer said he had inside information on how to gain profits quickly within a short period," Ngan said.

The scammer sent the victim a hyperlink directing her to a fake mobile app for investment activities.

From November to December, she was lured into depositing HK$9.05 million into 20 local bank accounts that police suspect belonged to the scammer and his accomplice.

In January, the victim tried to withdraw the profits but in vain, and was told to contact the app's customer service for help.

"The customer service told the victim that she would need to top up her account balance on the app to the tune of US$650,000 (HK$5.07 million) before she could withdraw the profits," Ngan said. In the meantime, the scammer left without a trace.

Ngan said the savings of the victim's parents - whom she borrowed money from for the investment - also went down the drain.

"The victim only earns a few thousand dollars a month from teaching piano," she added.

Students and the elderly have also fallen victim to romance investment scams, including a 17-year-old secondary school student who lost HK$13,600 and a 70-year-old housewife who lost HK$133,000, Ngan said.

He added that in one scam this year, a 40-year-old CEO was conned out of HK$2.8 million worth of digital paintings and cryptos costing HK$640,000.
Add Comment