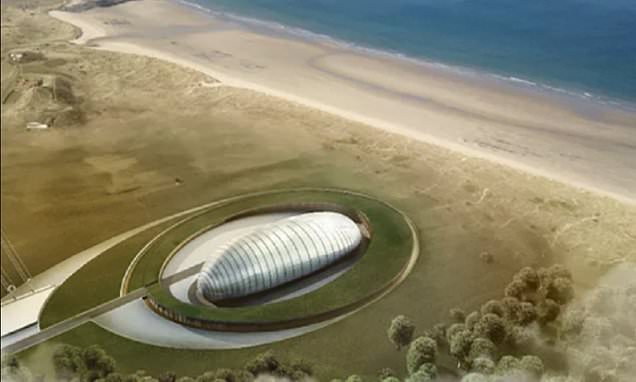 Within the next 15 years, the Rolls-Royce led consortium hope to have created 35,000 new jobs, many of which will be permanent, well-paid manufacturing roles.

Engine maker Rolls-Royce is leading a group of companies creating 6,000 jobs across 16 new mini nuclear power stations within the next five years.

In the longer term, within the next 15 years, the Rolls-Royce led consortium hope to have created 34,000 further jobs, many of which will be permanent, well-paid manufacturing roles.

Eighty per cent of the components for the new mini power stations will be made in factories across the Midlands and in the north of England.

These components would then be sent on to existing nuclear sites around the country for rapid assembly.

The coronavirus pandemic has triggered a jobs bloodbath across the country, with official data this week revealing that Britain's unemployment rate rose to 4.8 per cent in the three months to September, up from 4.5 per cent.

Rolls-Royce is cutting 9,000 jobs and warned it will take 'several years' for the airline industry to recover from the coronavirus pandemic.

The Derby-based firm, which makes plane engines, said the reduction of nearly a fifth of its workforce would mainly affect its civil aerospace division.

'This is not a crisis of our making. But it is the crisis that we face and must deal with,' boss Warren East said earlier this year. The bulk of the job cuts are expected to be in the UK at its site in Derby.

In a sign of how hard the jobs market has been hit by the pandemic, redundancies rose to a record high of 314,000 in the same period, the Office for National Statistics said.

The Rolls-Royce led group of companies, which also includes National Nuclear Laboratory and Laing O'Rourke, said it is hoping to get a 'clear commitment' from the Government for the flat-packed power station project.

The consortium matched the funding and is now looking to secure a further £217million, which would also be matched by industry.

Tom Samson, interim chief executive of the consortium, said: 'This creates a unique opportunity to revitalise the UK's industrial base and paves the way for the future commercialisation of advanced reactor solutions, including fusion technology.

'Our ambition to accelerate the deployment of a fleet these power stations across the UK will contribute massively to the 'levelling up' agenda, creating sustainable high value manufacturing jobs in those areas most in need of economic activity.' 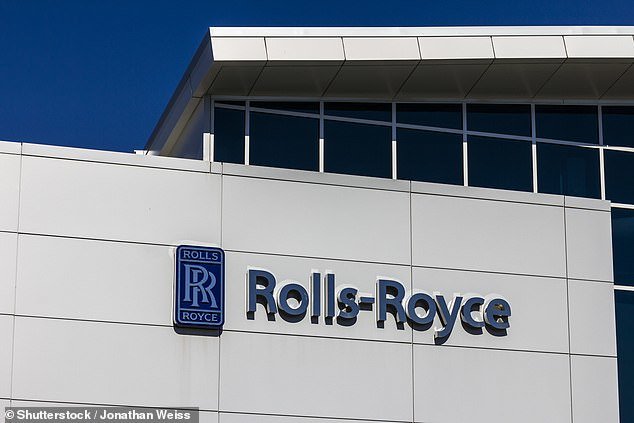 He added: 'The fleet approach will bring huge value to the communities of which these power stations will be a part, with economic activity spanning 60 years of operations.'

The consortium also believes the mini nuclear power plant projects will help Britain meet its net zero commitments, while it has export potential of at least £250billion by 2050 and could lead to the creation of even more jobs.

The group has sealed two new agreements in the past week, with US power giant Exelon Generation and Czech Republic firm CEZ looking at how the reactors could be used in their power stations.

Unite national officer Rhys McCarthy said: 'We have long called upon Rolls-Royce to diversify its production and services, so this opportunity must not be missed.'

He called on Rolls-Royce to use the opportunity to reverse plans to move work at the Barnoldswick site in Lancashire to Singapore.

He said: 'They can both play a huge role in this new chapter for the business.

'They have history, loyalty and above all world-class skills on their side so Rolls-Royce must not turn their back on this workforce and the UK.'