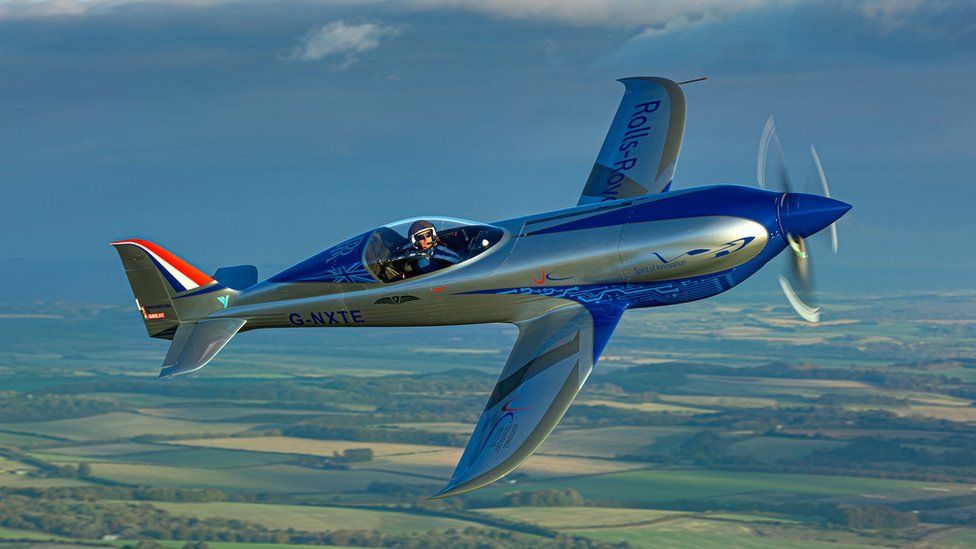 Rolls-Royce believes its Spirit of Innovation plane could be the world's fastest all-electric aircraft.

The firm - whose aerospace headquarters are based in Derby - said the plane reached a top speed of 387.4 mph (623 km/h) during test runs at an experimental aircraft testing site.

It is thought to have set new World Records over three different distances.

The figures have been sent to the World Air Sports Federation for verification.

The test flights took place at Boscombe Down in Amesbury, Wiltshire, on 16 November.

The top speed was achieved by test pilot and director of flight operations Phill O'Dell.

"This is the highlight of my career and is an incredible achievement for the whole team," he said. 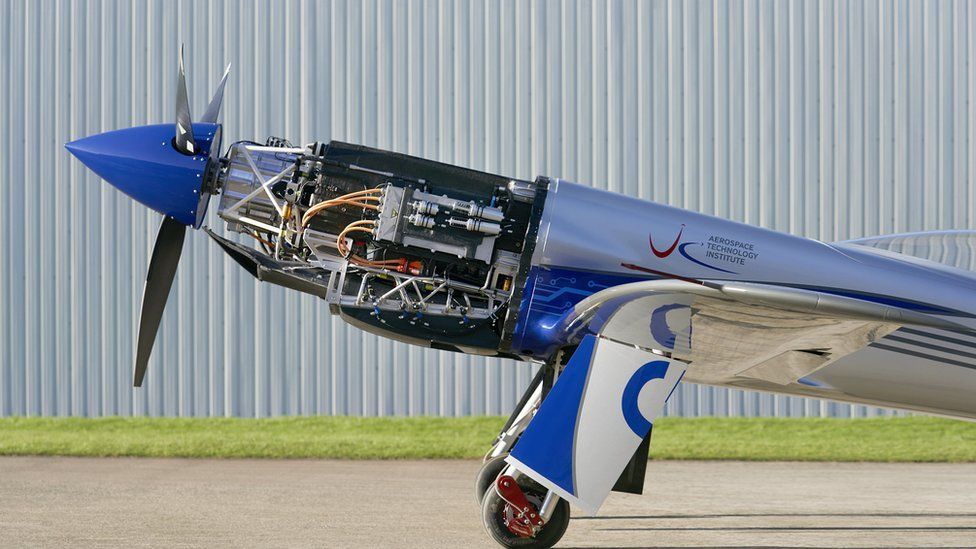 Rolls-Royce said Spirit of Innovation was more than 132 mph (213.04 km/h) faster than the previous record set by the Siemens eAircraft powered Extra 330 LE Aerobatic aircraft in 2017.

The aircraft uses a 400kW electric powertrain - the equivalent of a 535 BHP supercar.

Roll-Royce said it also had the most power-dense propulsion battery pack ever assembled in aerospace with enough power to charge 7,500 phones.

Warren East, chief executive of Rolls-Royce, said: "Following the world's focus on the need for action at COP26, this is another milestone that will help make 'jet zero' a reality.

"It supports our ambitions to deliver the technology breakthroughs society needs to decarbonise transport across air, land and sea."

Rolls-Royce hopes that the Fédération Aéronautique Internationale (FAI) will certify and officially confirm the results as new World Records in the near future.