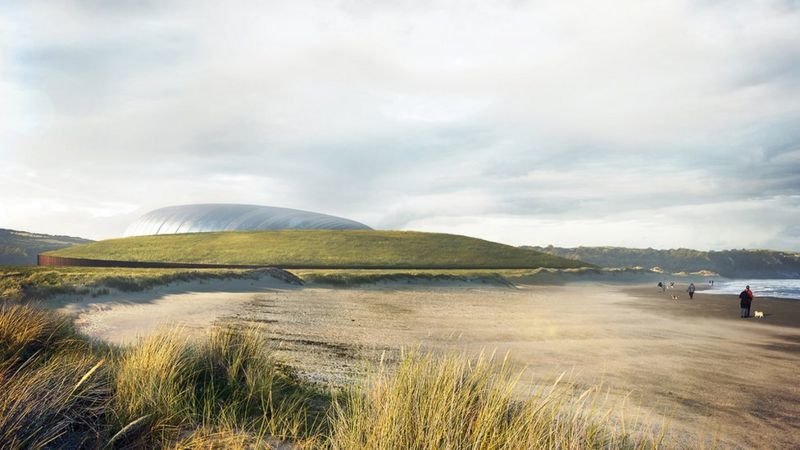 A consortium led by Rolls-Royce has announced plans to build up to 16 mini-nuclear plants in the UK.

It says the project will create 6,000 new jobs in the Midlands and the North of England over the next five years.

The prime minister is understood to be poised to announce at least £200m for the project as part of a long-delayed green plan for economic recovery.

Rolls-Royce argues that as well as producing low-carbon electricity, the concept may become an export industry.

Last year, it received £18m to begin the design effort for the SMR concept.

The government says new nuclear is essential if the UK is to meet its target of reaching net zero emissions by 2050 - where any carbon released is balanced out by an equivalent amount absorbed from the atmosphere.

But there is a nuclear-sized hole opening up in the energy network.

Six of the UK's seven nuclear reactor sites are due to go offline by 2030 and the remaining one, Sizewell B, is due to be decommissioned in 2035.

Together they account for around 20% of the country's electricity.

What is a modular nuclear plant?

Rolls-Royce and its partners argue that instead of building huge nuclear mega-projects in muddy fields we should construct a series of smaller nuclear plants from "modules" made in factories.

The aim is to re-engineer nuclear power as a very high-tech Lego set.

The components would be broken down into a series of hundreds of these modules which would be made in a central factory and shipped by road to the site for assembly.

The objective is to tackle the biggest problem nuclear power faces: the exorbitant cost.

The reason it is so expensive is that the projects are huge and complex and have to meet very high safety standards.

And, because so few new nuclear power stations are built, there are very few opportunities to learn from mistakes. 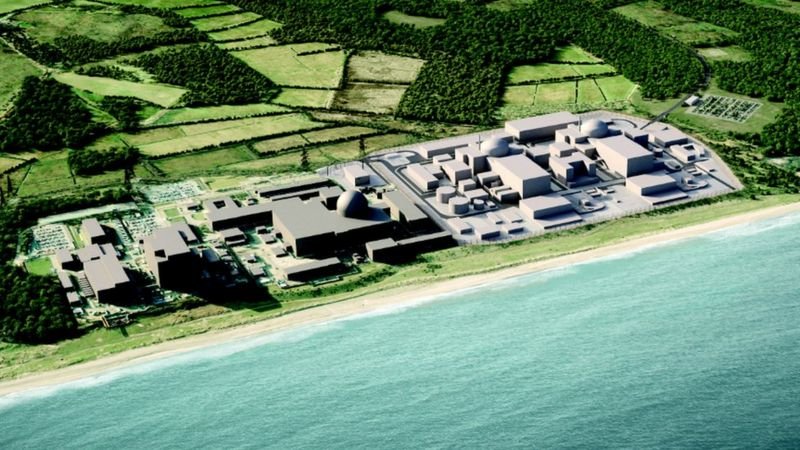 So, Rolls-Royce and its partners are saying: let's make them smaller and make lots of them so that we get really good at it.

The concept would dramatically reduce the amount of construction that would be associated with a nuclear project, claimed Tom Samson, the chief executive of the UK Small Modular Reactor consortium (UK SMR).

"If we move all that activity into a controlled factory environment that drives down cost by simplification and standardisation," he explained.

Each plant would produce 440 megawatts of electricity - roughly enough to power Sheffield - and the hope is that, once the first few have been made, they will cost around £2bn each.

The consortium says the first of these modular plants could be up and running in 10 years, after that it will be able to build and install two a year.

By comparison, the much larger nuclear plant being built at Hinkley Point in Somerset is expect to cost some £22bn but will produce more than 3 gigawatts of electricity - over six times as much.

In addition to the six nuclear plants going offline by 2030, there's another challenge. You have to factor in a massive increase in electricity demand over the coming decades.

That's because if we're going to reach our net zero target, we need to stop using fossil fuels for transport and home heating.

The government has said this could lead to a three-fold increase in electricity use. 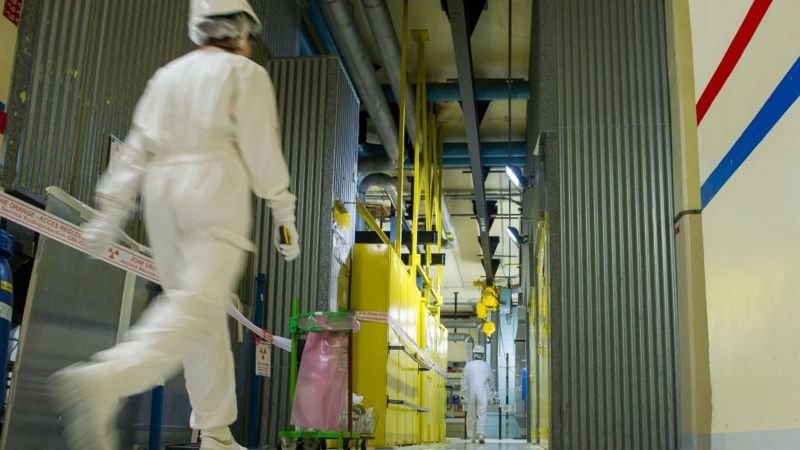 UK SMR isn't the only player which has spotted that there could be a gap in the market for smaller reactors. There are dozens of different companies around the world working on small reactor projects.

That has got the critics of nuclear power worried. Greenpeace and other environmental groups say small nuclear power stations pose similar risks of radioactive releases and weapons proliferation as big ones.

Greenpeace UK's chief scientist, Doug Parr, said that if the government wanted to take a punt on some new technology to tackle climate change it would be better off investing in hydrogen or geothermal power.

And there are other reasons to question the SMR concept, says Prof MV Ramana of the University of British Columbia in Canada. He is a physicist and an expert on nuclear energy policy who has studied small modular reactors. 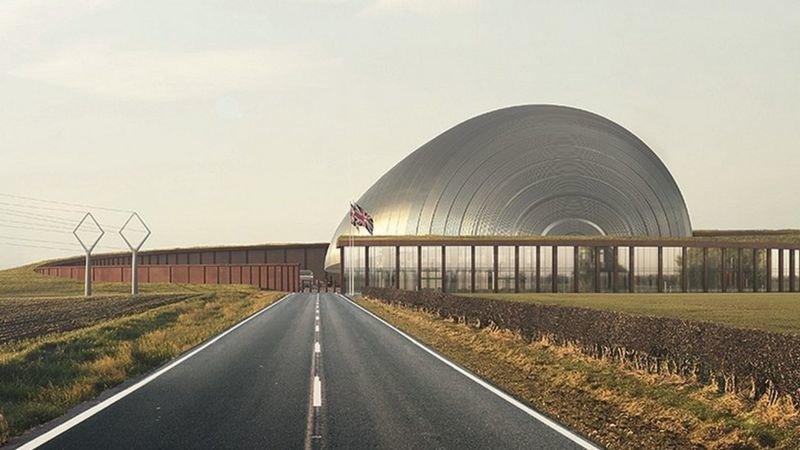 He said UK SMR's 10-year time-scale for its first plant may prove optimistic. The one constant in the history of the nuclear industry to date is that big new concepts never come in on time and budget, he said.

He is sceptical that the factory concept can deliver significant cost savings given the complexity and scale of even a small nuclear plant. Smaller plants will have to meet the same rigorous safety standards as big ones, he points out.

He said that where the concept has been tried elsewhere - in the US and China, for example - there have been long delays and costs have ended up being comparable to those of large nuclear power stations.

Finally, he questioned whether there will be a market for these plants by the 2030s, when UK SMR says the first will be ready.

"Ten years from now, the competition will be renewables which are going to be far cheaper with much better storage technology than we have today," said Prof Ramana.

But Boris Johnson's powerful adviser, Dominic Cummings, is known to be taken with the modular nuclear idea.

One of the reasons the government has been fighting so hard to free itself from the EU's state aid rules is so it can get its shoulder behind technologies it thinks will give the UK economy and its workers a real boost.

Modular nuclear has the potential to do just that.

If Rolls-Royce and its partners can show that the factory concept really does deliver high quality nuclear plants on time and on budget then there is potentially a huge world market for the technology.

The price per unit of electricity may be higher than with wind or solar, said the clean energy consultant Michael Liebreich, but nuclear delivers power pretty much 24/7 and therefore can command a premium.

UK SMR is pitching the concept as a UK solution to the global challenge of tackling climate change and says there will be a vast export market as the world starts to switch to low carbon energy.

Boris Johnson is rumoured to be planning to take a big punt on nuclear power.

His government has always said new nuclear is going to be a key part of Britain's future energy system.

As well as the potential investment in SMRs, the BBC has already reported that the government is expected to give the long-discussed new large nuclear plant at Sizewell in Suffolk the go-ahead.

Mr Johnson is expected to say these investments are essential if the UK is going to meet its promise to decarbonise the economy by 2050 as part of the worldwide effort to tackle climate change.

And, while there may be good reasons to question whether the SMR concept will deliver on its promise of low-cost nuclear power, there is no question it holds out exactly the kind of optimistic vision for the UK's industrial future the government is desperate for.