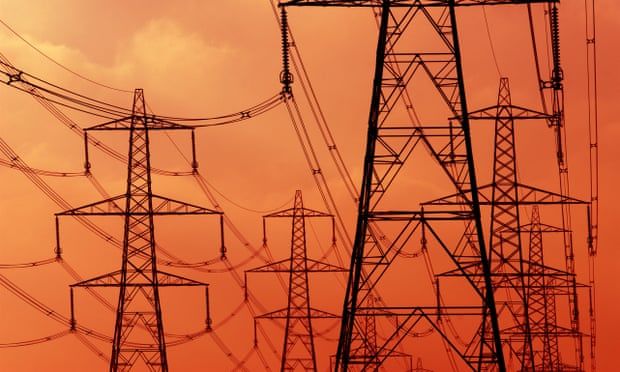 The risk of power cuts to factories and homes this winter has increased, the National Grid warned, as the business secretary prepared for a crunch meeting with industry bosses concerned the energy crisis may force them to scale back production.

The price of gas and electricity has soared in recent weeks, leading to the collapse of multiple energy suppliers and prompting warnings of higher costs for consumers, factory shutdowns and increased pollution as plants switch to dirtier but cheaper fuels.

The unfolding energy crisis has coincided with the Grid’s annual assessment of Great Britain’s resilience to disruption to electricity supplies, with the key “margin” figure falling to its lowest in five years.

The Grid’s electricity system operator (ESO) said the amount of reserve electricity supply that could be called upon was expected to be 6.6% of demand, but could fall as low as 4.2%.

It said it believed there was enough slack in the system to avoid blackouts affecting households and factories.

But it said that conditions had worsened since a prediction it made in July, after a fire knocked out a high-voltage subsea power cable importing electricity from France. Half of the 2GW cable is expected to be unavailable until March.

Planned shutdowns at gas plants and the retirement of two nuclear reactors are also factors in the tighter margin for the winter.

The business secretary, Kwasi Kwarteng, is due to meet leaders from industries such as steel, glass, ceramics and chemicals on Friday, but is expected to tell them to forget about receiving any extra assistance.

While factories are not expected to face electricity blackouts, they say they need help with costs. Some of the most energy-intensive industries have issued a plea to the government for financial support to help them cope with soaring energy prices.

They say the cost of electricity could force factory shutdowns, production slowdowns, and switches from gas to more polluting energy sources such as fuel oil, potentially causing embarrassment ahead of the upcoming Cop26 climate conference in Glasgow.

“The UK is particularly vulnerable to increases in gas prices because the government allowed our gas storage facilities to close, blocked onshore wind, cut solar subsidies, stalled our nuclear programme and because of their total failure to deliver a long-term plan for energy efficiency.”

On Thursday, the Grid said that the UK would have to outbid European countries to get hold of gas over the winter, indicating further pressure on prices.

Energy advisory group Cornwall Insight has said the average dual fuel bill could rise by as much as 30% next year if gas and electricity prices continue to soar and more suppliers go bust, reaching £1,660 annually.

While the government has imposed an energy price cap, the ceiling rises regularly in line with costs faced by suppliers, who have been battered by soaring wholesale prices.

So far this year, 12 suppliers have collapsed, with many more predicted to go to the wall by the end of the year. Jonathan Brearley, chief executive of energy regulator Ofgem, told an industry conference on Thursday that the watchdog needed to be “more focused on business models and the risk they carry” in future.

Speaking at the same event, Kwarteng said the government “will not bail out failed companies, there cannot be a reward for irresponsible management of businesses.”

Some small suppliers have been criticised for setting up shop with risky business models that meant they weren’t properly “hedged” against rising gas prices.

Officials at the Department for Business, Energy and Industrial Strategy are understood to be considering measures to speed up the UK’s transition to renewable energy to reduce reliance on gas, including more frequent windfarm auctions.

Boris Johnson this week pledged to remove fossil fuels from electricity generation by 2035.

While coal has been all but phased out of power generation, gas can still account for more than 50% of supply on windless days when the sun isn’t shining.

Kwarteng said on Thursday that reducing reliance would involve boosting wind power, gas plants that use carbon capture and storage to reduce carbon emissions and “at least” one nuclear project.

The government is expected to rubber-stamp French state-owned energy company EDF’s plans for a the Sizewell C reactor in Suffolk but has yet to find a developer for Wylfa Newydd, on Anglesey.

Officials are drawing up plans to overhaul the way nuclear power stations are funded, to make them more attractive to private investors.

Kwarteng said “the volatility of the gas price has shown that we do need to plan strategically, and I think net zero helps us do that, for a secure, affordable, and sustainable energy system.”

Gas prices have soared across Europe but have been particularly high in the UK, reaching record levels above £4 per therm.

The International Energy Agency said on Thursday that Russia could help ease the crisis, telling the Financial Times that the Kremlin was able to increase gas flows into Europe by up to 15%.

Russian president Vladimir Putin has said Europe’s “mistakes” are to blame for the crisis, rather than any reluctance in Moscow to open gas taps.

However, he used the opportunity to highlight regulatory delays in Europe to the new Nord Stream 2 pipeline, saying the planned connection could help bring down prices.
#boris johnson  #johnson
Add Comment