Prime Minister Rishi Sunak has said he is confident that "with goodwill and pragmatism" a breakthrough can happen in negotiations over the Northern Ireland Protocol.

He was speaking after talks with Taoiseach (Irish Prime Minister) Micheál Martin following a meeting of the British-Irish Council.

Mr Sunak said his focus was to find a "negotiated solution" with the EU.

He was "pleased with the progress that we're making" on the protocol issue.

He also said he was "determined to deliver" the restoration of power-sharing at Stormont, which has not functioned since February.

That is because the Democratic Unionist Party (DUP) is refusing to take its place in the devolved government in protest against the Northern Ireland Protocol.

The protocol is a part of the UK-EU Brexit deal that keeps Northern Ireland aligned with some EU trade rules.

Mr Martin said that he and Mr Sunak had agreed there was a "window of opportunity" to resolve issues regarding the protocol.

He said it was clear that "the prime minister desires a negotiated resolution... that works".

What is the British-Irish Council?

The British-Irish Council summit is taking place in Blackpool on Thursday and Friday.

The council is made up of representatives from the UK and Irish governments, the devolved administrations in Scotland, Wales and Northern Ireland and the governments of the Isle of Man, Jersey and Guernsey. 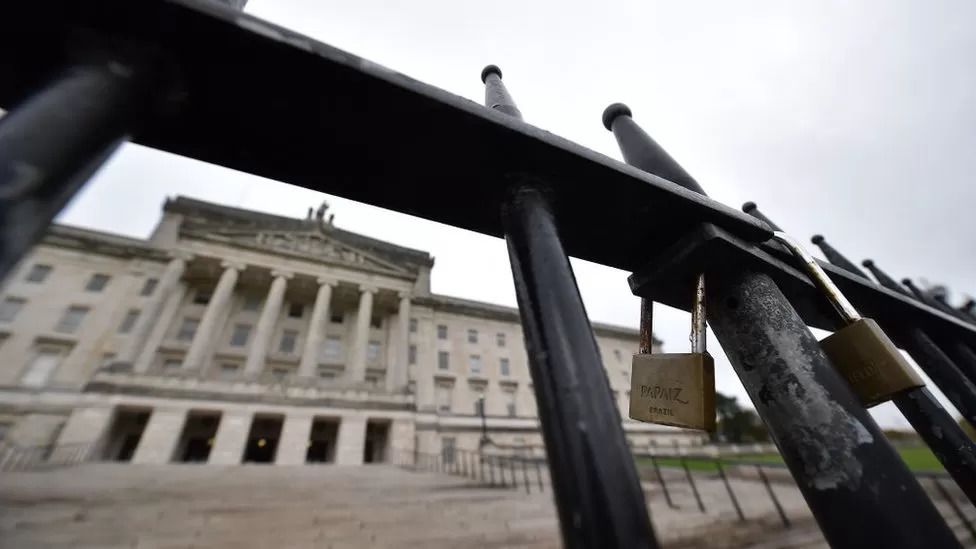 It was created two decades ago as a result of the Good Friday peace agreement.

Its stated aim is to "promote the harmonious and mutually beneficial development of the totality of relations among the peoples of these islands".

Mr Sunak was the first prime minister to attend a council summit since 2007.

It is the 38th summit and the first time a Conservative prime minister has attended.

What is happening at the summit?

Also in attendance were Chancellor Jeremy Hunt and Levelling Up Secretary Michael Gove.

However the Stormont stalemate means there are no ministers in place from Northern Ireland to take part.

The absence of an executive means Northern Ireland is being represented by Jayne Brady, the head of the civil service. 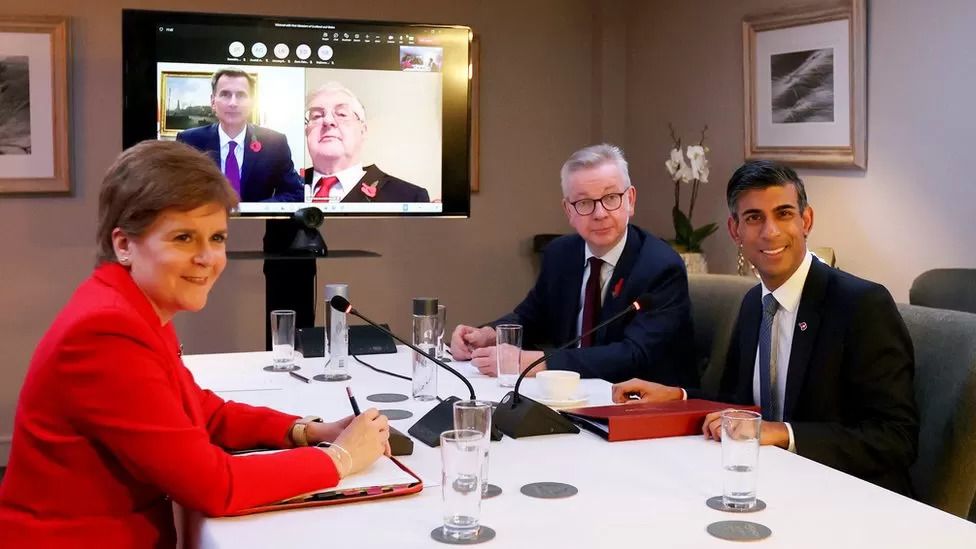 At the meeting Mr Sunak called for the governments to work together in "shared interests".

"Let's deliver for all our people across these great islands and build a future defined not by division but by unity and hope," he said.

The prime minister also reiterated his commitment to restoring the Northern Ireland Executive, and said he was "determined to deliver" to restore power-sharing.

On Wednesday he announced that he was extending the deadline for an executive to be formed at Stormont, and cutting the wages of assembly members.

How have politicians reacted to the PM's comments?

"We need clarity and certainty about how the British intend to use the next number of weeks to ensure we will start 2023 with the assembly and executive in place," she added.

DUP leader Sir Jeffrey Donaldson said any outcome of UK-EU negotiations on the protocol must have cross-community support in Northern Ireland.

He said: "If the main aim of both the UK and the EU is to protect the Belfast Agreement then any solution must be built on that key foundation upon which the agreement itself is based."