"Holidaymakers have faced a barrage of disruption over the last few months, and these latest figures only serve to underline the need for urgent reform of the travel industry," Which? says.

The worst airline for delays at UK airports last year was Wizz Air, an investigation has found.

Its departures were an average 14 minutes and 24 seconds behind schedule in 2021, according to analysis of Civil Aviation Authority (CAA) data.

The Hungarian company operates from 10 UK airports including Gatwick, Luton and Cardiff.

Tui was second with an average delay of 13 minutes and 18 seconds, and British Airways (including subsidiary BA CityFlyer) third at 12 minutes and 42 seconds.

Virgin Atlantic was fourth worst on 12 minutes, with Loganair next (11 minutes and 30 seconds).

When it comes to the best performers, Aer Lingus came top with an average delay of just three minutes and 12 seconds.

The analysis of CAA figures was done by the PA news agency and looked at all scheduled and chartered departures by companies with more than 2,500 flights. Cancelled flights weren't included.

Eight-and-a-half minutes was the average delay across all airlines in 2021. 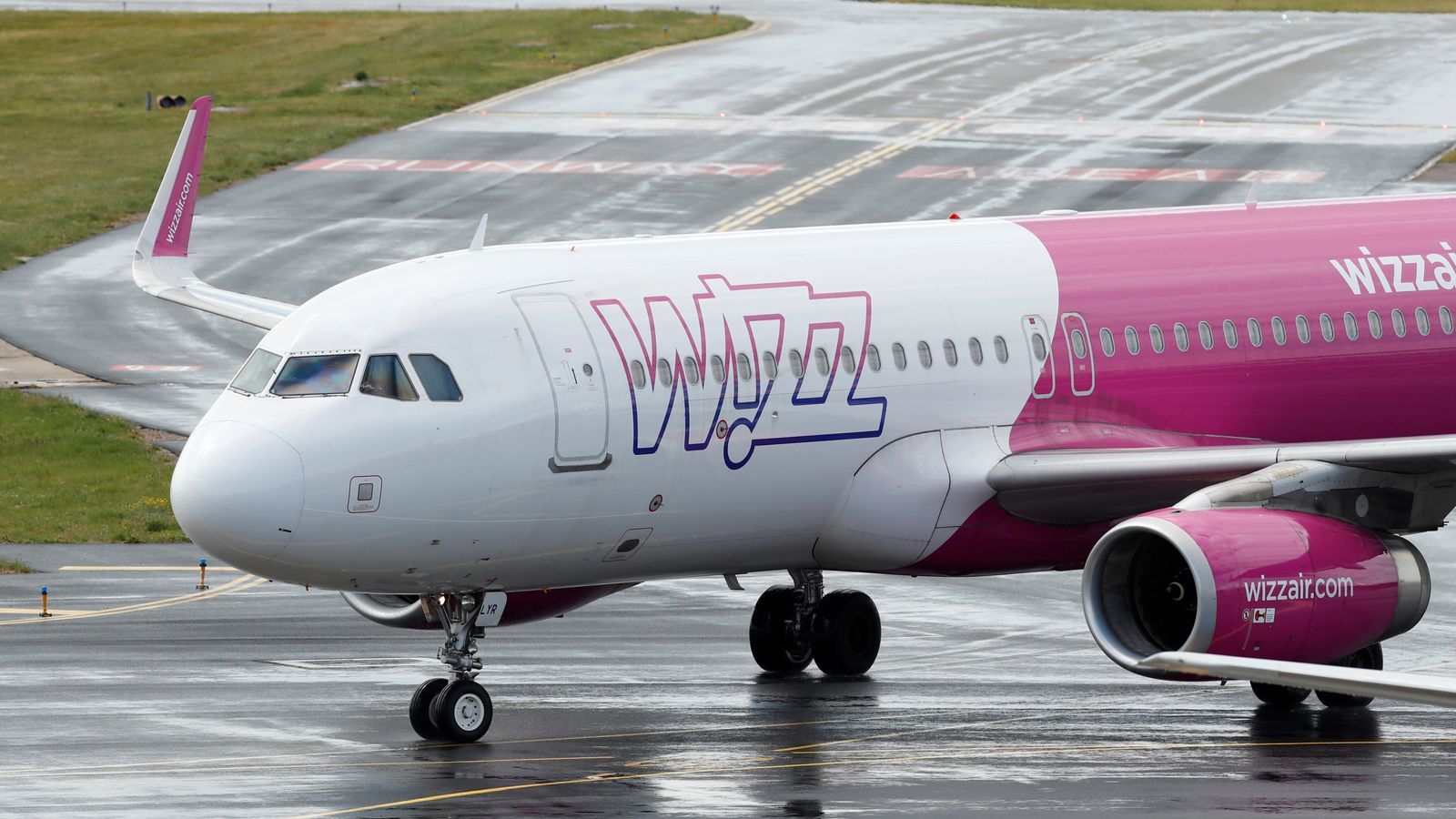 Which? Travel editor Guy Hobbs said: "While these findings are worrying, the reality has actually been far worse for many travellers this summer.

"Holidaymakers have faced a barrage of disruption over the last few months, and these latest figures only serve to underline the need for urgent reform of the travel industry.

"The government must drop plans to slash passenger compensation for delayed and cancelled domestic flights."

This year, a shortage of airport staff such as baggage handlers has caused even longer delays for many travellers and led to thousands of flights being cancelled.

When it comes to cancellations, Sky News analysis last month found Gatwick flights were more likely be scrapped in 2022 than at any other major UK airport.

Flights from Stansted were least likely to be cancelled.

Meanwhile, the worst-performing UK airline so far in 2022 was British Airways with a 3.5% cancellation rate, compared with top-performer Ryanair - which cancelled just 0.3% of flights up to 10 July.