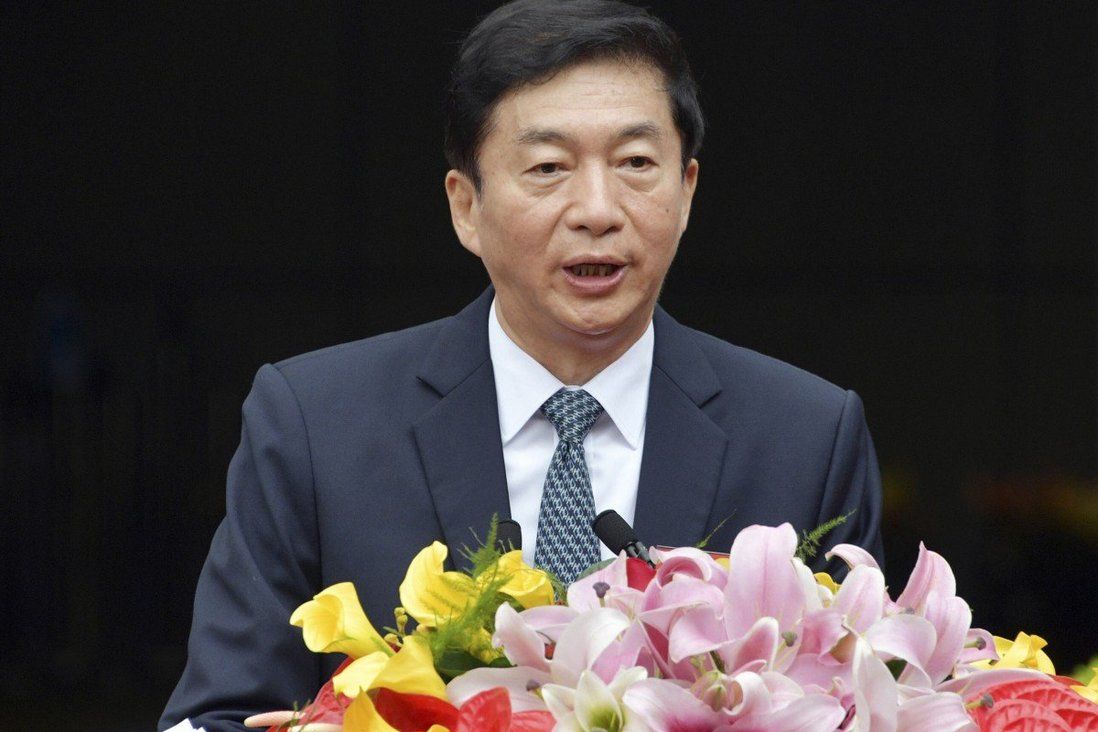 Luo Huining, director of Beijing’s liaison office in the city, points to 2.4 million signatures pro-establishment camp collected in support of the changes, which shows society’s determination to oppose foreign and external interference.

Hong Kong residents have shown “unstoppable” support for Beijing’s plan to overhaul the city’s electoral system and ensure that foreign powers could not meddle in the nation’s domestic affairs, according to the central government’s top official in Hong Kong.

Luo Huining, director of Beijing’s liaison office in the city, was speaking at a ceremony on Wednesday during which pro-establishment leaders handed over boxes of documents filled with residents’ signatures in support of the central government’s reform plan.

An alliance set up by the pro-Beijing camp organised a signature campaign that ran from March 11 to March 21 and which collected a total of 2.4 million signatures – including 1.2 million collected from street booths, and another 1.2 collected from their website.

The National People’s Congress (NPC) approved a resolution on March 11 to revamp Hong Kong’s electoral system. The NPC Standing Committee is due to meet this Monday and Tuesday to finalise the details of the changes.

At the ceremony, Luo said he noticed that people from all walks of life, including government officials, lawmakers, leaders of political and community groups, grass-roots workers, young students and ethnic minority residents, had all taken part in the signature drive.

“This campaign showed a positive force in Hong Kong. From these collections of signatures, we deeply feel the people’s genuine support for the central government’s move to make things right. We can also feel that various sectors deeply disapprove of ‘black violence and mutual destruction’,” he said, in a reference to the city’s social unrest in 2019.

“We can feel society’s firm determination to oppose foreign and external interference. The people’s voice is strong and unstoppable.”

Under Beijing’s plan, the 1,200-strong Election Committee, which will decide the city’s leader next year, will be expanded into a 1,500-member body to further cement the dominance of the pro-establishment camp.

The committee will also be granted power to nominate Legislative Council candidates and elect a large proportion of lawmakers.

A vetting committee will be created to ensure candidates for the chief executive, Election Committee and Legco are patriotic and pose no threat to national security.

“The standing committee will scrutinise the amendments to the Basic Law’s annexes I and II next week, and then Hong Kong will need to amend its local laws,” he said.

“It is the Hong Kong government, legislature and various sectors’ common responsibility to fully implement the NPC’s decision. As long as we all safeguard the country’s sovereignty and security … and unite in looking forward, Hong Kong will welcome a bright future of long-term prosperity and stability.”

Lee and Ng also spoke at the ceremony, saying the signature campaign made them feel Hong Kong people hoped that “the endless political quarrels and conflicts” in the city could be brought to an end.