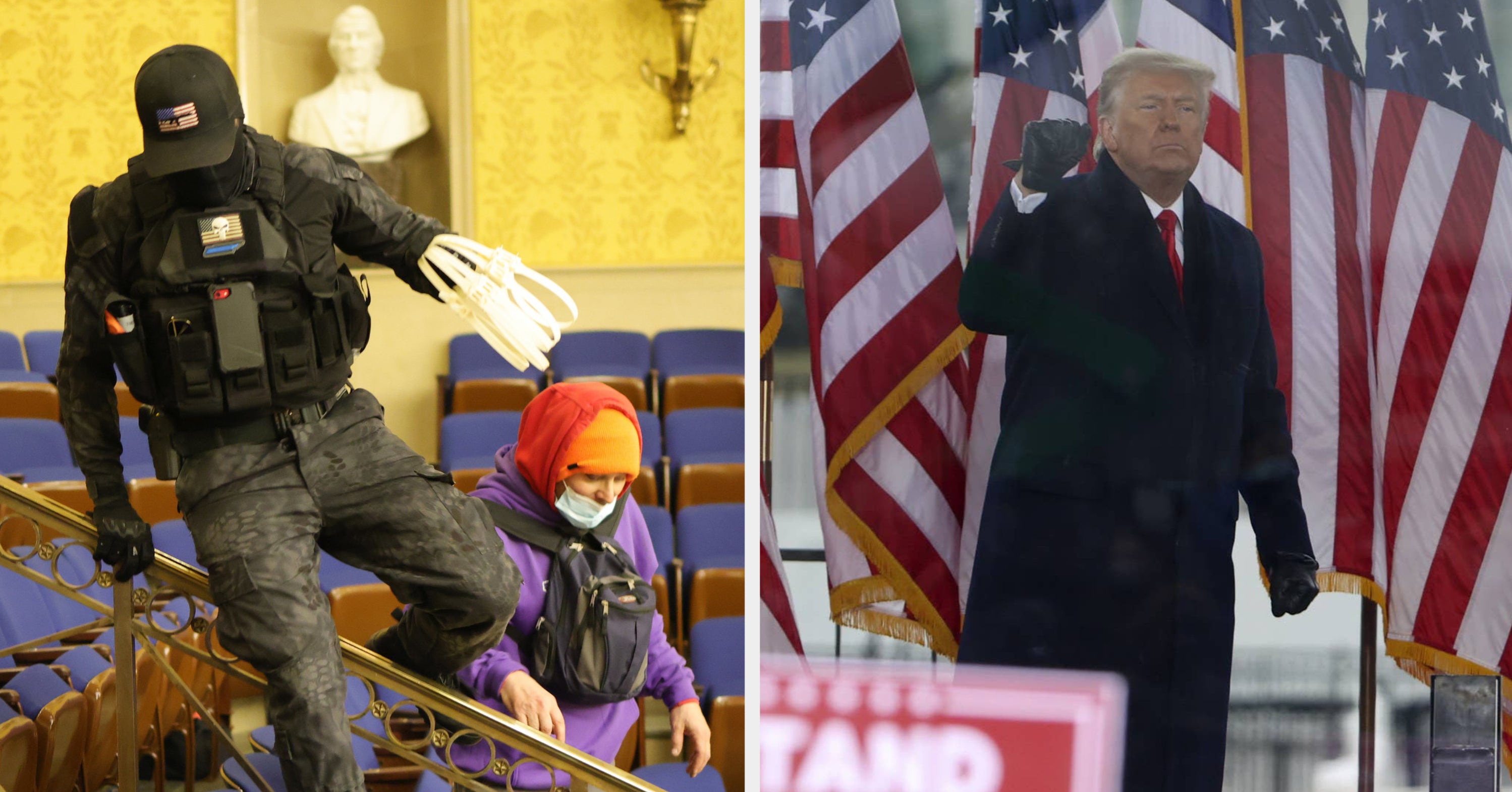 Democrats trying to confuse evidence with emotions, by showing how bad the riots was instead of what this bad even has to do with Trump’s calling for it to happened. However, “Senators are, you know, pretty analytical ... so it doesn't affect me in terms of how I feel about the president's culpability,” Sen. Kevin Cramer said.

After a day of watching jarring, violent footage that showed just how close Capitol Hill rioters got to lawmakers on Jan. 6, several Republicans described the attack as enraging, inexcusable, and criminal — but still not Donald Trump’s fault.

“Just watching this stuff, it reignited my anger. A lot of anger,” said Sen. Dan Sullivan after senators watched never-before-seen video, including of themselves rapidly evacuating the Capitol after rioters had already broken in.

“I’m angry. I’m disturbed. I’m sad,” said Sen. Lisa Murkowski. “We lived this once, and that was awful. And now we’re living this with a more comprehensive timeline.”

Sullivan and Murkowski didn’t say how they are leaning on impeachment, but many other Republicans said that Trump is either not responsible or not impeachable, despite their visceral reactions to Wednesday’s evidence, which also included shocking bodycam footage of police being attacked by Trump supporters as they broke into the Capitol.

House impeachment managers spent hours laying out a timeline that started in early 2020, with the former president repeatedly saying that the only way that he could lose is if there were massive election fraud, followed by clips of his supporters saying they would never accept a victory by President Joe Biden as legitimate.

The managers then showed extensive clips of Trump, postelection, spouting false, debunked claims that victory was stolen from him as well as urging his supporters to “stop the steal.” The clips ran right up to the former president's speech just before the Capitol riots. There, he told a crowd of supporters, “If you don’t fight like hell, you’re not going to have a country anymore,” and directed them toward Congress, where the Electoral College votes were about to be counted to certify Biden’s victory. “We’re going to the Capitol," he said. "Let’s walk down Pennsylvania Avenue.”

The managers showed several clips of Capitol rioters saying they were there to fight for Trump, or at Trump’s invitation, and that they were trying to stop the Electoral College count. Several of those arrested have since argued in court that they broke into the Capitol because Trump directed them to. In numerous clips shown Wednesday, many expressed anger or wished violence on “traitors” such as House Speaker Nancy Pelosi or Vice President Mike Pence, whom Trump repeatedly called out that day for going along with the Electoral College count.

“He assembled the mob. He summoned the mob. And he incited the mob,” said Rep. Joe Neguse, an impeachment manager. “They were following the president. He alone had the power to stop it, and he didn’t."

Almost every senator interviewed by reporters Wednesday described having a powerful emotional reaction to watching the clips of violence — but many Republicans said the culpability rests solely with the rioters.

“[Trump’s] had 100 rallies, and we have never seen that before. So that's the tough one to be able to link together,” said Sen. James Lankford.
Sen. Rick Scott argued that Trump never specifically called for anyone to attack the Capitol. “You know, I watched what he said. He never said that somebody should break in. He actually said that people should do this peacefully,” said Scott. “Look, this is a complete waste of time.”

Sen. Kevin Cramer said impeachment managers may be showing dramatic footage in an attempt to influence senators or their constituents. “But senators are, you know, pretty analytical, as a matter of just a profession, so it doesn't affect me in terms of how I feel about the president's culpability,” he said.

Sen. Mike Braun said that while Trump “pushed the envelope” and events had “unraveled,” it is solely the people who broke into the Capitol who should be held responsible.

Wednesday was the first of two days dedicated to the prosecution in Trump’s historic second impeachment trial. His defense team will then get two days to make their case. It takes a two-thirds majority vote to impeach Trump. So far, that seems highly unlikely. Republicans control half the seats in the chamber, and a significant majority seem prepared to acquit.

Out of 50 Republicans, 44 voted Tuesday that the trial itself is unconstitutional because Trump is now a private citizen rather than the sitting president, despite the opinion of legal scholars on both sides of the aisle. They lost that vote, and the trial went ahead. Still, some are citing constitutionality as a reason Trump cannot be impeached.

“There is no doubt there was a mob, that the mob had insurrectionist plans in mind,” said Sen. Mike Rounds. “But for many of us, and for me personally, it’s still a matter that we do not have a constitutional ability to impeach a person who is not a current officer.”

casual observer 18 days ago
you would rather go back to the punk ass draft dodger, liar, con man, thief, self centered goober with the attention span of a gnat?????