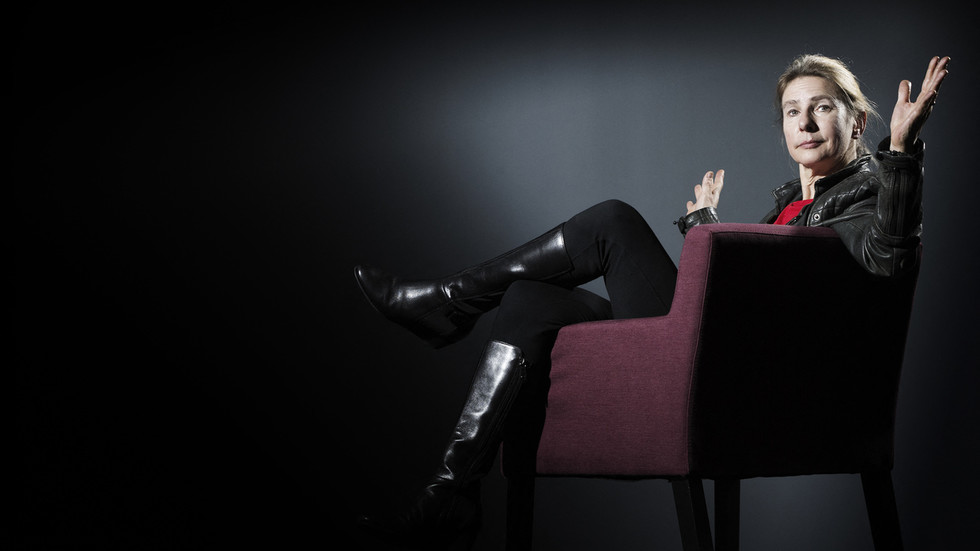 Britain’s whites are ‘meekly surrendering their territory to non-natives’ according to author Lionel Shriver. That such a toxic view is being espoused by a foreigner perfectly demonstrates the impotence of the British Right.

The most amusing indictment of today’s Britain is the abject mediocrity of those who seek to ‘save’ the country and its institutions. Whether it’s Piers Morgan flouncing off his own show in outrage at the subversion of the monarchy by a former D-list soap actress, or Laurence Fox’s rubbish stage-school impersonation of a political leader – unable to win even 2% in London’s mayoral election and losing his £10,000 deposit in the process – Britain is currently cursed with the most useless collection of national ‘saviours’ since those turnip-fed yokels the Normans slaughtered so easily at Hastings.

The anti-woke, anti-immigrant Right now has another champion to defend the fatherland against the forces of globalisation and multiculturalism: the author and US citizen, Lionel Shriver. She caused a fuss last week with an essay in the right-wing magazine, The Spectator, in which she lamented how “the white British proportion of the population has fallen from 89 per cent to 79 per cent, while ethnic minorities have grown from 10 per cent to 21 per cent.”

While insisting that the “lineages of white Britons in their homeland commonly go back hundreds of years” – though how she knows this without a mass DNA survey is beyond me – she also believes “that the native-born are effectively surrendering their territory without a shot fired is biologically perverse”.

While many on Twitter were outraged by Shriver’s low-IQ, Nazi-lite existential race-thesis, and her argument was refuted in the Sunday press, what struck me about it all was the spineless cowardice of Britain’s right-wingers, hiding, as usual, behind an American to fight their cause for them – and an old woman at that. That no “native-born” Brit had the guts to publicly espouse a view that is commonly vented at every pub urinal and dogging session across this country doesn’t bode well for the continuation of the species. Like the cheesy 1970s rock chanteuse, Suzi Quatro, and the abysmally unfunny comedian, Reginald D Hunter, Lionel Shriver belongs to a rich tradition of third-rate Americans who move to Britain to enjoy a reverence they could never hope for in their home country, which, for all its flaws, still very much prizes talent and valour.

A regular columnist in the British broadsheet press, television guest, and a fixture on the speaking circuit, Shriver’s ubiquity across British culture is yet another example of Britain’s mindless grovelling Stockholm Syndrome obeisance towards Americans. Expressing opinions which would never be aired in any quality outlet in the US, she is venerated here as the Ayn Rand of Anglostani letters.

I won’t argue against Shriver’s lazy race-logic, because it’s far more entertaining for me to use her own idiotic reasoning against her and the assorted losers who provide a platform for such drivel. For instance, when she bemoans “white Britons” compliantly “surrendering their territory without a shot fired”, could it be that their passivity is not “biologically perverse” as she claims, but the natural response of an innately servile people who’ve always accepted their circumstances without complaint? They have, after all, now happily lived under the heel of a foreign aristocracy for over a thousand years, possibly because they find the lack of any boot on their throat “socially and even biologically unnatural”.

She berates her readers with the claim that “over a third of the residents of your capital city weren’t even born in your country”, as if this in itself were an obvious evil, and gives the clarion-cry that “white Britons needn’t submissively accept the drastic ethnic and religious transformation of their country”. Could it be that, despite the widespread – and typically British – whingeing about immigration, much of the population recognises, albeit begrudgingly, that it provides an injection of ambition, intelligence and enterprise that is “biologically unnatural” among many of the “native-born”? It can’t be a coincidence that every elite sphere of British life – from commerce, to sport, politics, academia and pop-culture – is increasingly dominated by, as Shriver terms it, “incursions by foreigners”.

Despite all this dreary bellyaching, Shriver offers no solution to what she obviously considers to be catastrophe. What should the “native-born” do to undo the fact that the “majorities of London, Slough, Leicester and Luton have an ethnic minority background”? Given that they’ve already ‘taken back control’ by leaving the EU, as well as voted in a Tory government for the past three elections, the options seem limited. Maybe it’s time for a “shot fired” or two?

Lionel Shriver is a lousy, and clearly miserable, commentator on Britain; one too lazy and intellectually limited to think outside the most lumpen racial clichés. In any other country, having a foreigner as stupid as her honking all over the media would be a cause for national embarrassment. But in Britain, she is lauded by the right-wing as a courageous voice, prepared to say the unspeakable. In truth, she is just another pathetic example of the British Right banging its empty head against the brick wall of history.
Add Comment