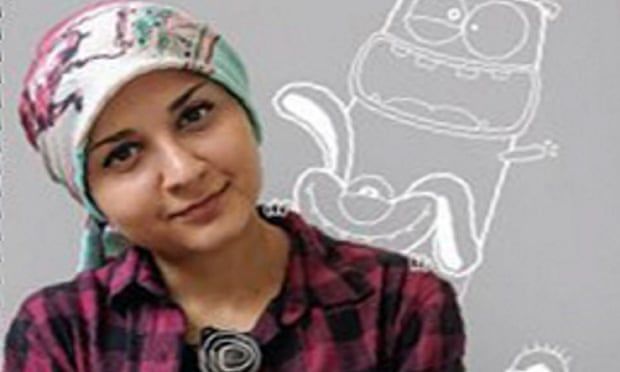 A coroner has raised concerns that only two paramedics were on duty for a cage fight at which a mixed martial arts enthusiast suffered fatal head injuries.

The coroner, Christopher Wilkinson, said it was “regrettable” that Saeideh Aletaha, a 26-year-old engineer, was left alone after she was knocked out because the paramedics had to hurry back to ringside for other bouts.

Wilkinson, however, did not accept Aletaha had been “mismatched” for the fight at Central Hall in Southampton against a bigger and more muscular opponent, as her family claims.

The inquest in Winchester was told that Aletaha’s fight with Janie Morgan, a personal trainer, was tight and intense. Aletaha, who was born in Iran but was living in Salisbury, was knocked out in the third round. She was later found collapsed in a bathroom at the venue by a friend and rushed to Southampton general hospital but died on 17 November 2019.

Aletaha’s friend, Kaja Kulczcka, criticised the decision to leave the fighter on her own after the bout. She told the inquest: “A big punch landed to her face, it was brutal to see the way she fell on the floor. She slumped down, it was a heavy knock-down.”

After the bout, Kulczcka found her friend alone in a toilet cubicle. “I heard her growling in pain. There was something wrong so I banged on the door and she let me in.

“She lost consciousness, she laid herself down slowly on the floor but was fighting to control it. She was still trying to be brave. I just saw her eyes going back and I shouted out for help.”

Giving evidence, John Scott, one of two private paramedics at the event, said Aletaha did not present as being seriously unwell when she was knocked out. He said: “She was not showing any neurological abnormalities.”

The pathologist Dr Amanda Jeffery said the amateur fighter was in an “extremely perilous position” as soon as she was punched. She suffered a “slow and steady bleed” that would not have been immediately obvious, Jeffery said.

The coroner ruled Aletaha died as a result of a “tragic accident” that nobody could have predicted. He said: “She and her opponent entered into this event willingly, understanding the injury risks of contact sport. They knew they would be subjected to physical battery and that was something they willingly wanted to engage in.

“It’s inherent that knockout blows are a part of this sport and there’s risks associated with it. She was tired, dropping her guard, and failed to anticipate a punch landing in a way that caused significant injury.”

Wilkinson said the paramedics could not have saved Aletaha but was critical that she was left alone. He also raised concerns over whether having two paramedics on duty was enough as, after treating her, they had to leave her to return to ringside.

He said: “It is regrettable in my view that she was not watched under observation for longer. I have questioned whether two paramedics is enough and I still question it. It is a matter to be questioned going forward. It is conceivable that two or more injuries are sustained throughout the course of an evening. It’s something that warrants consideration.”

Wilkinson ruled that organisers of the Fast and Furious fight series event were “experienced” and had done everything they could to put on a fair and safe show.

He added: “On balance, it is my view that the bout was evenly matched, it met the requirements of the weight category.”
Add Comment