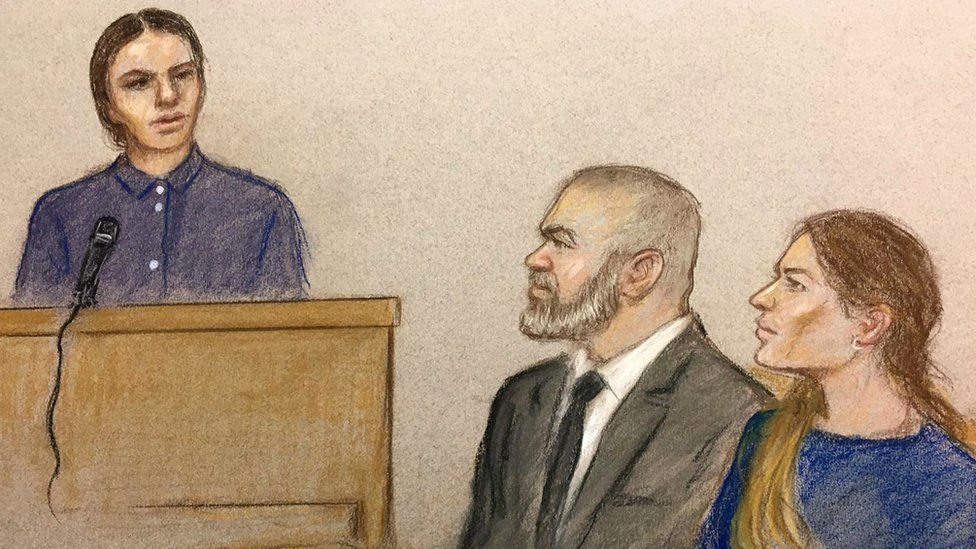 Rebekah Vardy has denied leaking information to newspapers as she gave evidence in her libel case against Coleen Rooney at the High Court.

The wife of ex-footballer Wayne Rooney is being sued for libel after claiming Vardy, the wife of striker Jamie, leaked her private information.

"I didn't give any information to a newspaper," Mrs Vardy said on Tuesday,

"I have been called a leak and it's not nice."

Under questioning from Mrs Rooney's barrister David Sherborne on day one of the trial, Mrs Vardy agreed it was "upsetting" and "wrong" for someone to secretly pass on another person's information, adding that she respected people's privacy.

Mr Sherborne then questioned Mrs Vardy about a story she had once given to the News Of The World about her alleged sexual encounter with singer Peter Andre.

Asked whether it was "respectful" of Andre's "right not to share this information" with the paper, she replied: "I was forced into a situation by my ex-husband to do this".

She added: "It is something that I deeply regret". 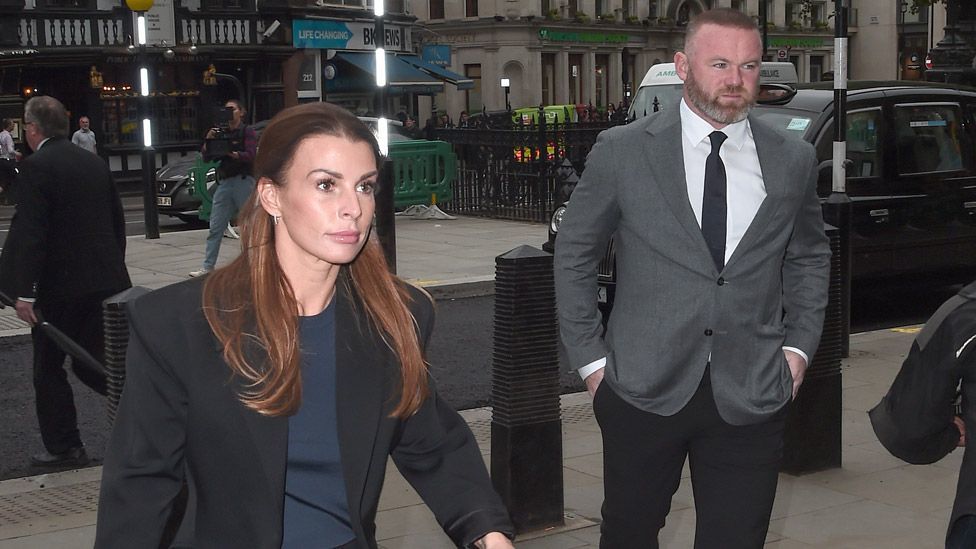 Earlier on Tuesday, Mrs Rooney's barrister told the court there had been a "widespread and significant destruction or loss of evidence" in the case.

The loss of Mrs Vardy's documents "must be concealment", Mr Sherborne said.

The court has heard that Mrs Vardy's agent, Caroline Watt, had lost her phone in the North Sea after it was hit by a wave before Mrs Rooney's team could see WhatsApp messages that could potentially help her case.

Mr Sherborne told the court on the trial's opening day there had been "a concerted effort to ensure highly relevant and incriminating" documents didn't make it to court.

He said a series of "most improbable events" had affected the disclosure of evidence, including Ms Watt's "poor unfortunate phone" falling into the sea "within days" of the court ordering that it should be searched for disclosure.

In a written submission, he added: "To borrow from Wilde, to lose one significant set of documents may be regarded as a misfortune, to lose two, carelessness, but to lose 10? That must be concealment." 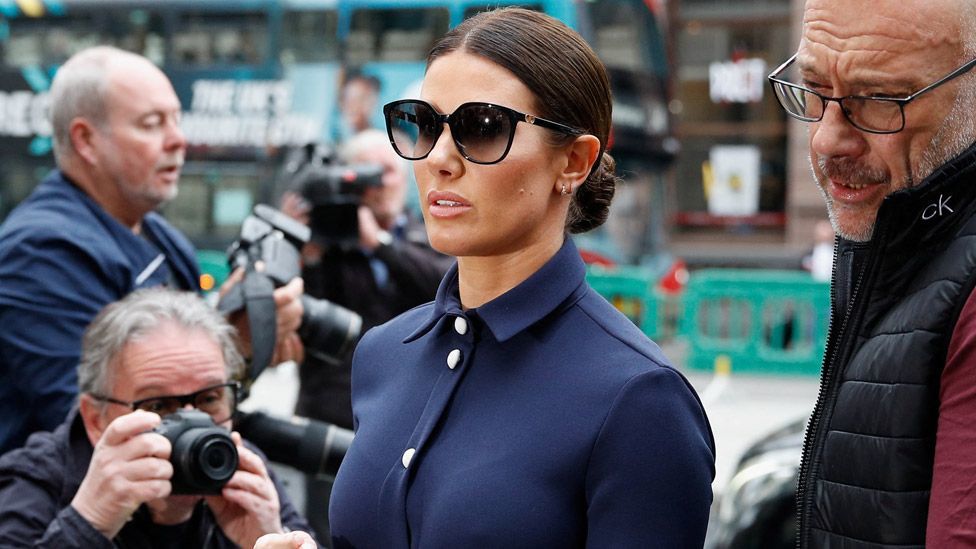 Mr Tomlinson countered that it had not been suggested "that Mrs Vardy was anywhere near the North Sea at the time" nor that she "knew anything about it".

He added that there was a "credible, ordinary, boring explanation" behind media files on Mrs Vardy's WhatsApp account no longer being available.

"It's a very well-known and common feature in everyone's life that from time to time electronic documents are lost for all kinds of reasons," he said, adding: "This is something that happens to us all, that sometimes documents are lost."

The row dates back to 2019, when Mrs Rooney said she had posted fake stories online that she claimed could only have been seen by Mrs Vardy's Instagram account, and that had been leaked to The Sun newspaper. 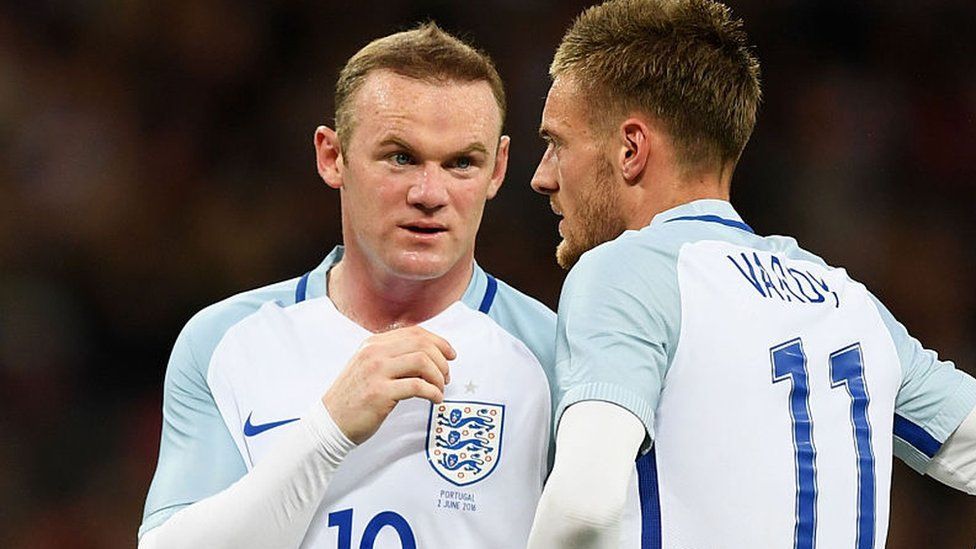 Wayne Rooney and Jamie Vardy played together for England

She was later dubbed Wagatha Christie after saying she had carried out an investigation to find out who was behind the leaks.

Mrs Vardy strenuously denied being the source of the leaks and said a number of people had access to her accounts.

In a pre-trial hearing less than two weeks before the trial began, Mrs Rooney's barrister said Mrs Vardy now "appears to accept" that Ms Watt was the source of leaked stories.

Ms Watt has denied being the source of the leaks and has been deemed too ill to testify.

Mrs Rooney's barrister compared Mrs Vardy's connection with Ms Watt in relation to the leaks as "like hiring a hit man or woman".

He said: "Just because you're not the person who gets their hands dirty, doesn't mean you're not equally responsible."

Mrs Vardy, he stressed, "is just as responsible" for the stories being leaked even "if she doesn't pull the trigger".

He said there had also been "numerous examples of the claimant and Ms Watt conspiring to pass private and personal information on to the press about other individuals". 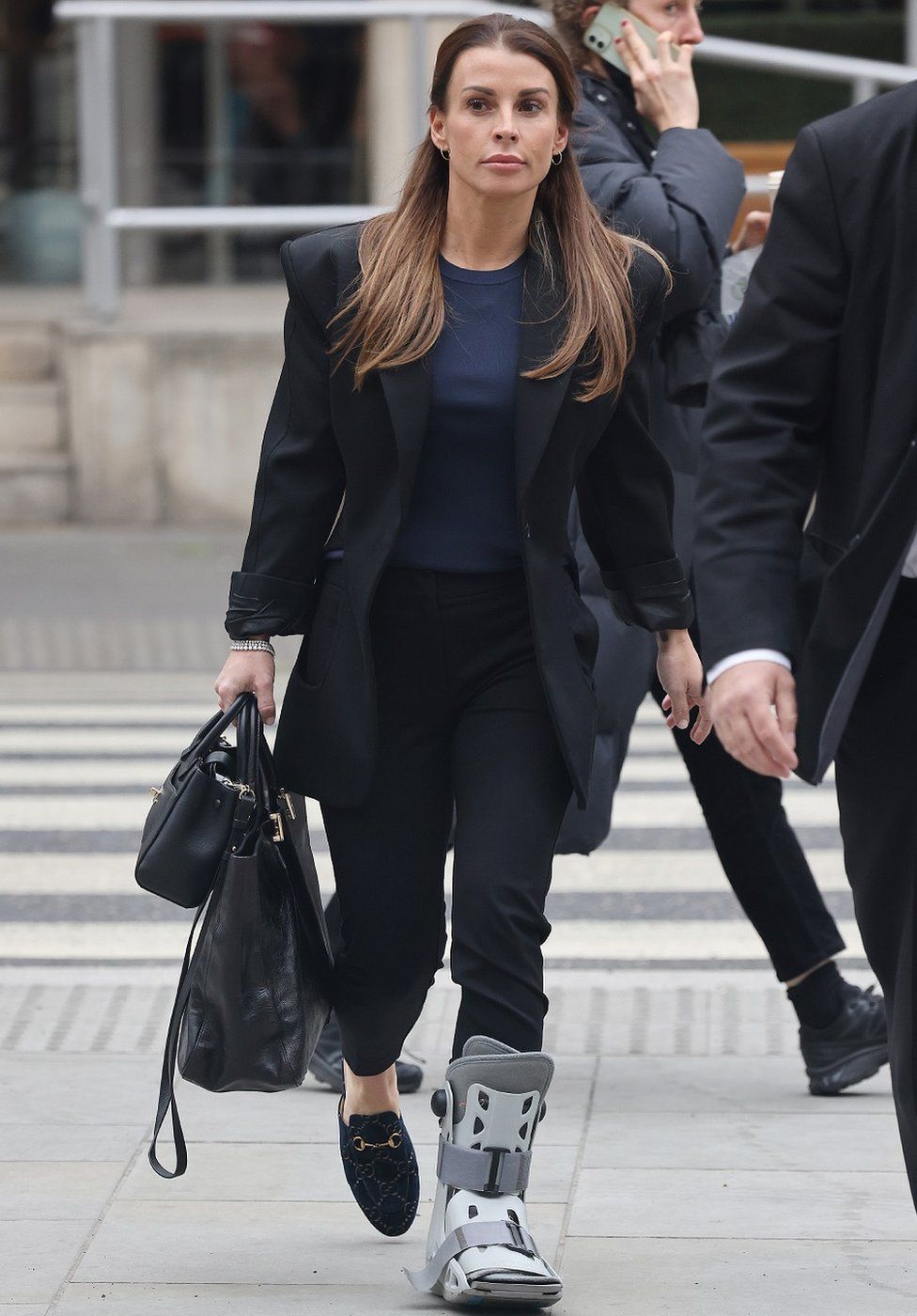 Coleen Rooney was wearing a protective boot as she attended court

But Mr Tomlinson said that if Ms Watt was the source of leaked stories, "that's not something that Mrs Vardy knew anything about" and she did not "approve of or authorise" her to do so.

He told the court that Mrs Vardy "had no choice" but to bring the libel claim against Mrs Rooney because she needed to "establish her innocence and vindicate her reputation".

Mr Tomlinson said on Tuesday that, if information had been leaked, "this was not something that was done with Mrs Vardy's knowledge or authority".

He said there was "no information" in any evidence to demonstrate that Mrs Vardy had even viewed Mrs Rooney's Instagram posts during the alleged "sting operation".

The fake stories posted by Mrs Rooney included planning her return to TV, travelling to Mexico for a "gender selection" procedure and her basement flooding.

Mr Tomlinson said the affair and subsequent libel case had garnered huge press coverage and had become a source of "entertainment" in the media.

But he added: "This is far from being an entertaining case. It has been profoundly distressing and disturbing."

Mr Tomlinson added: "[Mrs Vardy] needs to be able to clear her name through this case, so she can move on from this terrible episode."

He said that as a result of Mrs Rooney's post, Mrs Vardy - who was seven months pregnant at the time - and her family were subjected to abuse, including posts saying she should die.

With pride and reputations at stake on both sides, the onus is on the defendant, Mrs Rooney, to prove that it was in fact Mrs Vardy who leaked the stories.

Her investigation into the leaks was "deeply upsetting" for Mrs Rooney and made her feel "paranoid", he told the court. 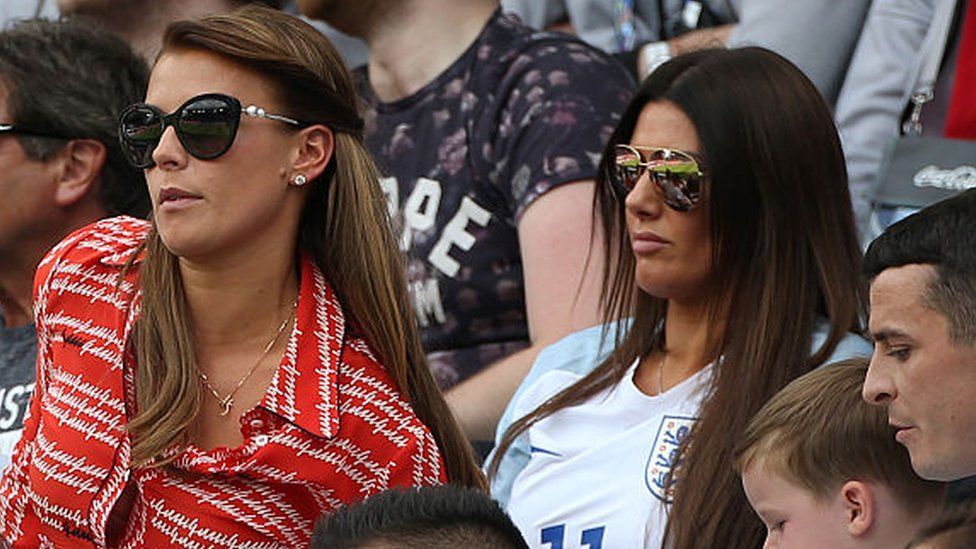 Coleen Rooney (left) and Rebekah Vardy, pictured at a Euro 2016 match in France

The celebrity civil trial - which will be decided by a judge, not a jury - is set to run for seven days.

Mrs Rooney arrived at court in a surgical boot alongside her husband - reminiscent of when Wayne injured his foot before the 2006 World Cup, the same tournament where the England "Wags" (wives and girlfriends) first exploded on to the scene.

Journalists queued to get inside a packed courtroom for this most intriguing of cases.