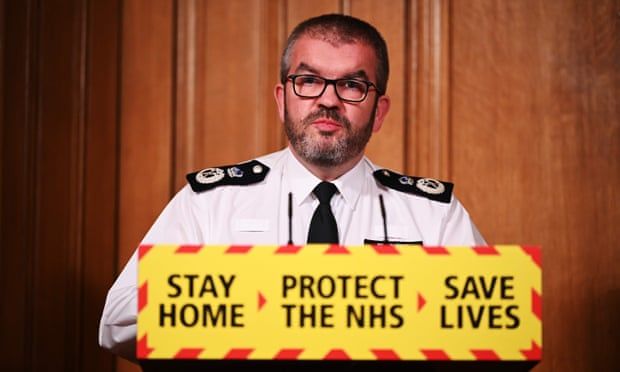 The leader of Britain’s police chiefs has said forces’ legitimacy in black communities is so low it is damaging the effectiveness of law enforcement, as he vowed to change generations of strained trust and confidence.

In his first interview about race since the Black Lives Matter protests of last year, Martin Hewitt said it was not a matter of “political correctness” or “wokeness” but an operational necessity to boost racial justice in policing. Everyday crime-fighting was being damaged, he said, with the issue of race being the continual fault line of British policing.

Hewitt said he wanted to change “generations of history” between police and black communities, strained by stop and search and decades of reports finding black people were being treated differently to white people.

Hewitt, the chair of the National Police Chiefs’ Council (NPCC), says the two key issues are: to boost the almost 20% deficit in trust and confidence black communities have in police compared with the average; and to boost the number of black recruits in the ranks, which is lower than their proportion of the population.

In one of the starkest admissions about race by a senior police officer, Hewitt told the Guardian: “The reason it is important is because all of that takes you to the legitimacy of us, as a service.

The BLM protests that started last June involved more than 250,000 people taking to the streets in the UK alone, prompted by the killing by police in the US of the unarmed black man George Floyd.

British policing was plunged into a race crisis over stop and search and use of force. It follows decades of race crises erupting followed by promises of change from police chiefs.

Nine months on from the initial protests, Hewitt said chiefs had not yet finalised a new action plan but he denied this was because the issues that had dogged policing for generations were being kicked into the long grass. He said the final plans would await the approval of the independent chair of a new scrutiny board, who would be recruited from outside policing. 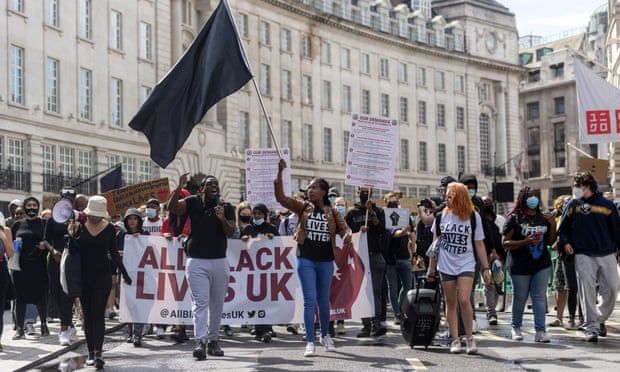 Police would no longer mark their own homework on racial justice, Hewitt said, and the new chair would have the “soft power” to demand answers from police and admonish them if progress was too slow or blocked. “It demonstrates the fact that we’re listening and we want to listen. It demonstrates the fact that we are opening ourselves up to independent external scrutiny, and it also provides them legitimacy to the work that we are doing, because this will be work of a number of years.”

The chair will be recruited through an open competition. Asked if they could be a white former police officer, Hewitt said: “I would find that highly unlikely, if not totally impossible,” adding that “that would be fatal” to the credibility of police chiefs’ efforts.

Accounting for the time it had taken, Hewitt said: “There’s nothing here where you can click your fingers and do one thing and it’s all suddenly going to change, we are talking about having an impact on literally generations of history between police and communities.”

Over the decades, police chiefs had made repeated promises and Hewitt said much good work had been done. “It is a wicked and challenging issue. It is an issue that we [as police chiefs] have a responsibility to address.”

He added:“The only conclusion you can draw is that we have to do some things differently.”

Some who have seen drafts say the action plans contain little different to what has gone before. It will focus on three broad topics: internal culture and inclusivity, use of powers, and community engagement.

An NPCC report found disproportionality in “the amount of allegations, and subsequent severity assessment and action taken in complaint and conduct allegations between white and black, Asian and ethnic minority officers”.

“I don’t think it’s a last chance, necessarily, but some people have used that phrase”, Hewitt said, adding it was a challenge for the leadership of policing: “There is an option for any organisation to kind of, essentially, wait for things to die down and just move on. And we chose not to.

The modern landmark for police and race was the 1999 report by Sir William Macpherson into the failings that let the racist murderers of Stephen Lawrence escape justice for years. It found police were “institutionally racist”, a finding the Metropolitan police commissioner, Dame Cressida Dick, now says does not apply, while the National Black Police Association (NBPA) says it does.

Andy George, the president of the NBPA, which believes policing is still blighted by institutional racism, said: “The NBPA are keen to progress the NPCC race action plan but are concerned with the lack of progress after almost nine months. “Racism is an issue that has continued to tarnish policing despite years of trying to address the systemic reasons for disproportionate outcomes for black, Asian and minority ethnic officers, staff and communities.

“Past plans have been delivered by well-intentioned people who unfortunately lacked the lived experience to understand the issues. NPCC must utilise the cultural assets they have at their disposal to do so and the NBPA are here to support.”