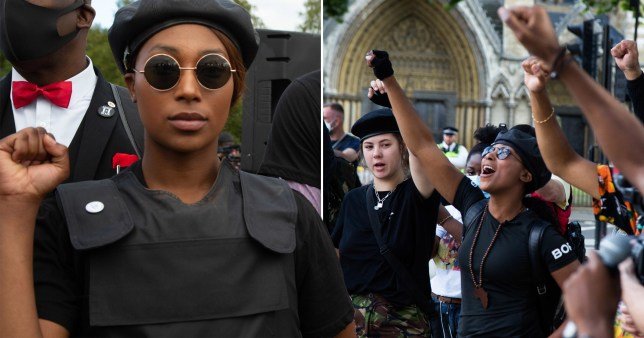 A leader of a new political party has called for the creation of a ‘race offenders register’ which would see people accused of racism banned from having certain jobs and living in certain areas.

Sasha Johnson, 26 – known as the ‘Black Panther of Oxford’ – is a representative of the Taking the Initiative Party (TTIP) which focuses on the benefits system, managed discrimination, education, housing and the spate of knife crime, among other issues.

A ‘race offenders register’ would work in a similar way to the sex offenders register, meaning anyone who is racially abusive could be prohibited from doing specific things to stop their behaviour from harming others.

Speaking to MailOnline, Ms Johnson said: ‘If you were to be racially abusive to someone, [the register] would question whether someone is fit enough to hold a particular job where their bias could influence another person’s life.

‘A lot of racism happens at work and places of education in a micro-aggressive way. If you exhibit an element of bias at work, you should probably receive a warning first [before later being added to the register] so people know in future that you hold these views.’

The Oxford Brookes graduate added that, under the party’s plan, offenders could be stopped from living near people from ethnic minorities.

She said: ’If you live in a majority-coloured neighbourhood you shouldn’t reside there because you’re a risk to those people – just like if a sex offender lived next to a school he would be a risk to those children.’

TTIP’s manifesto does not offer a full list of offences that would see someone placed on the register, but Ms Johnson said microaggressions would be included. 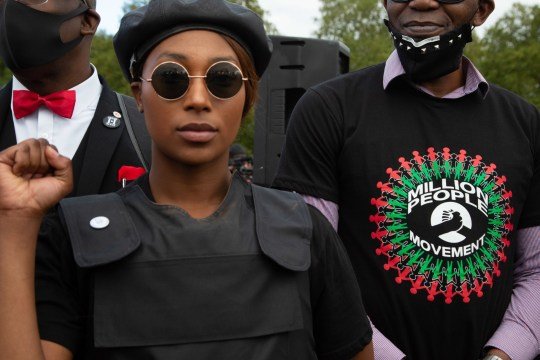 Ms Johnson has been named the ‘Black Panther of Oxford 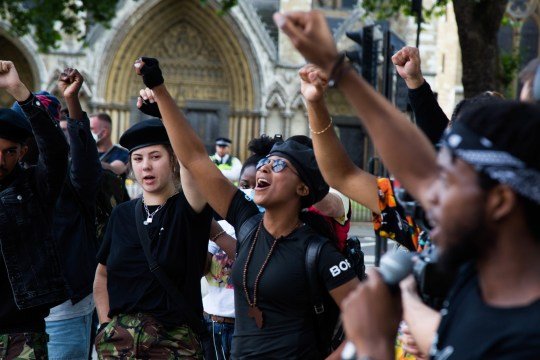 This is defined as ‘an instance of indirect, subtle, or unintentional discrimination’ against a member of a minority group.

Ms Johnson, who works as a youth worker and cafe owner, came to prominence over summer as an activist in the Black Lives Matter movement.

She said the idea for a ‘race offenders register’ came as a contribution from BLM, and was presented to TTIP at a party conference where BLM representatives were present.

In her interview with MailOnline, she also called for the Government to give black people reparations, as the legacy of slavery and capitalism ‘holds us down’.

Tax breaks could ‘give time to build back up economic stability in black communities’, working in a similar way to the reparations Jewish people got after the Holocaust, she said.

Ms Johnson also expressed her approval of ‘defunding the police’ – although the TTIP manifesto does not include this.

The party – which also aims to represent the working class – uses ‘coalition leadership’ meaning one person is not in charge and different members are able to air viewpoints that contradict the party’s official line.