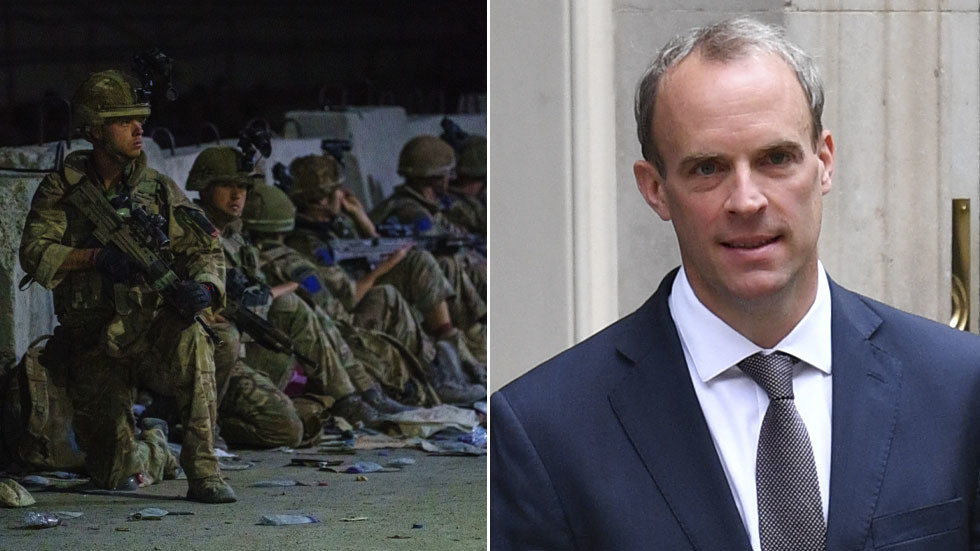 Raab admits failure by intel to foresee fall of Kabul, 'no viable alt coalition' for UK to stay on in Afghanistan without US

British Foreign Secretary Dominic Raab has admitted that intelligence failed to predict the speed of Kabul's fall and said there was "no viable alternative coalition" for the UK to work with in Afghanistan after the US left.

Speaking at an emergency session of the Foreign Affairs Select Committee on Wednesday, Raab disclosed that British intelligence had underestimated the speed at which the Taliban could seize control over Afghanistan.

"The central assessment that we were operating to... is that the central proposition was that, given the troop withdrawal by the end of August, you would see a steady deterioration from that point," Raab outlined.

The foreign secretary also added that there had been contingency plans for a "more rapid deterioration" of the situation in Afghanistan, yet it was thought to be "unlikely Kabul would fall this year."

British intel also suffered from an "optimism bias", he added, about how long the US would continue to maintain troops in Afghanistan.

Raab also rebuked the possibility of British troops staying in the war-wrecked country without a US presence, explaining that there was no "will or appetite" to stay among NATO members. The foreign secretary added that he didn't "think there was any viable alternative coalition" for the UK to join forces with and keep troops there.

The remarks come a day after the passing of the August 31 deadline set by the US for foreign evacuations from Afghanistan. Britain's final flight carrying members of its armed forces departed Kabul late on Saturday, ahead of the cut-off.

Operation Pitting, the UK's military mission to evacuate British nationals and eligible Afghans, managed to airlift more than 15,000 people, including over 2,000 children. However, Raab has not been spared criticism over Britain's repatriation campaign.

The foreign secretary was slammed in the press for refusing, while he was holidaying in Crete, to take a crucial phone call regarding evacuating Afghan interpreters, who had assisted UK troops before the Taliban reached Kabul and are at risk of reprisals. The failure to take the call sparked an outcry for Raab's resignation or for him to be dismissed by Prime Minister Boris Johnson for "dereliction of duty."
#boris johnson  #dominic raab  #afghanistan  #raab  #johnson
Add Comment