King Charles has said he is "deeply touched" by the support he has received from across the world, in a message on the eve of the Queen's funeral.

The King said he and Camilla, the Queen Consort, were "moved beyond measure" by everyone who took the trouble to pay their respects.

"As we prepare to say our last farewell, I wanted simply to take this opportunity to say thank you," he said.

The state funeral service at Westminster Abbey begins at 11:00 BST.

Some 2,000 people are expected to attend the ceremony, including 500 presidents, prime ministers, and foreign royals from around the world.

There, the King will lead the nation in mourning for its longest reigning monarch.

In a written message issued by Buckingham Palace, the King said: "Over the last 10 days, my wife and I have been so deeply touched by the many messages of condolences and support we have received from this country and across the world.

"In London, Edinburgh, Hillsborough and Cardiff we were moved beyond measure by everyone who took the trouble to come and pay their respects to the lifelong service of my dear mother, the late Queen.

"As we all prepare to say our last farewell, I wanted simply to take this opportunity to say thank you to all those countless people who have been such a support and comfort to my family and myself in this time of grief." 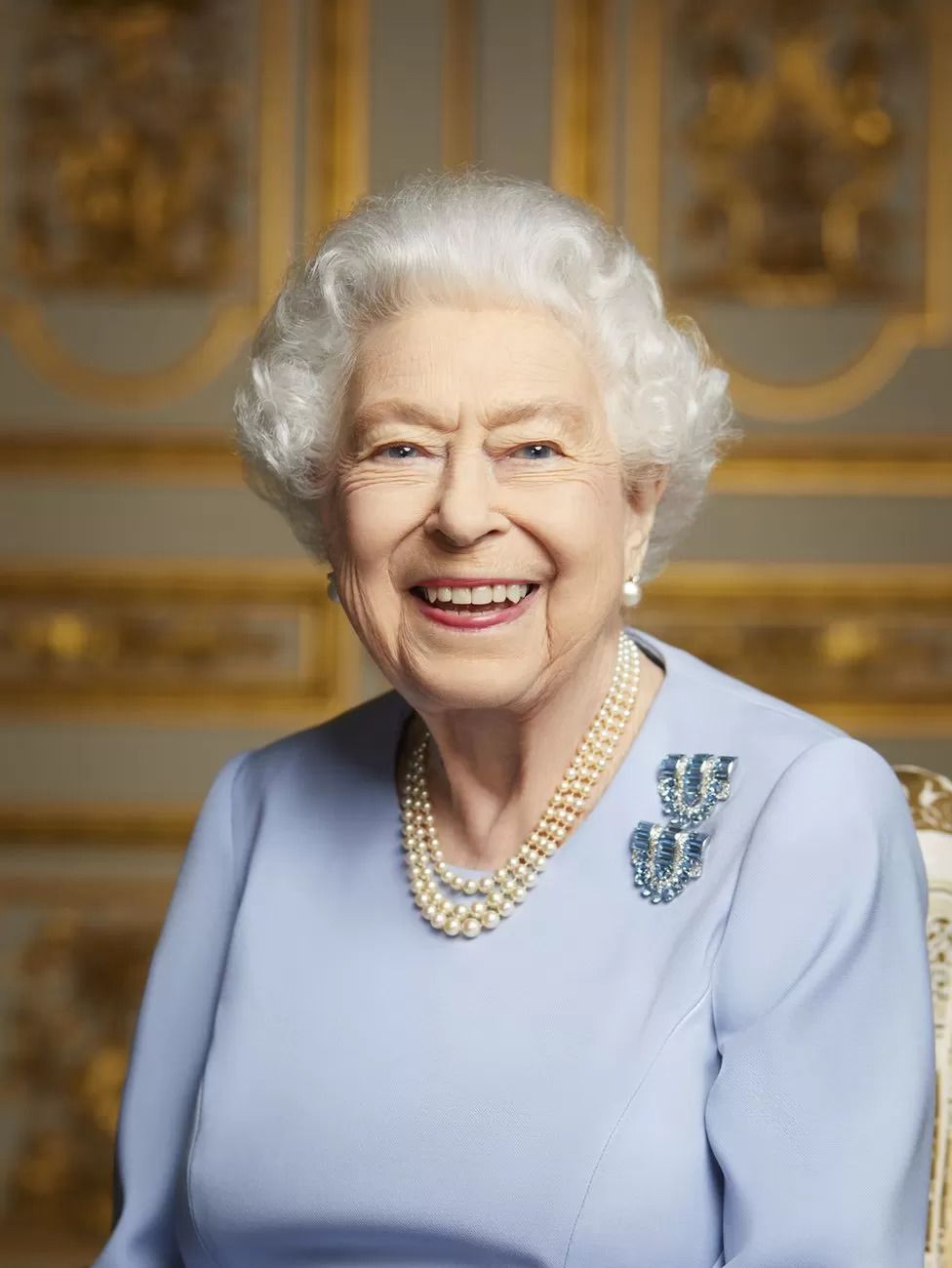 An unseen portrait of the Queen has also been released by Buckingham Palace on the eve of her funeral.

The photograph, taken by Ranald Mackechnie ahead of the Platinum Jubilee Celebrations in May, shows the monarch beaming brightly at the camera in her Windsor Castle home.

She is wearing a blue dress, her favourite three-strand pearl necklace, pearl earrings and her aquamarine and diamond brooches - an 18th birthday present from her father George VI in 1944 which she also wore on the 75th anniversary of VE Day in 2020.

King Charles held a reception at Buckingham Palace on Sunday evening for heads of state attending the funeral. Later, at 20:00, a national minute's silence was observed at homes and doorsteps across the UK.

Many thousands of people have queued this week to see the Queen's lying-in-state, which comes to an end at 06:30 on Monday.

At 10:44, her coffin will be taken in procession from the Palace of Westminster to Westminster Abbey in the State Gun Carriage of the Royal Navy.

King Charles will walk behind, alongside the Princess Royal, the Duke of York and Earl of Wessex. Behind them will be the Queen's grandsons, the Prince of Wales, the Duke of Sussex and Peter Phillips.

Following the service, the coffin will be drawn in a walking procession from the Abbey to Wellington Arch, at London's Hyde Park Corner.

With the route lined with military personnel and police, Big Ben will toll at one-minute intervals as the procession moves slowly through the streets of the capital. Gun salutes will also fire every minute from Hyde Park.

People can watch the procession in person from designated viewing areas along the route.

Once at Wellington Arch, at about 13:00, the coffin will be transferred to the new State Hearse for its final journey to Windsor Castle. There, the Queen's coffin will enter St George's Chapel for a committal service.

Attended by a smaller congregation of about 800 guests, the committal service will be conducted by Dean of Windsor David Conner, with a blessing from Archbishop of Canterbury Justin Welby.

At a private family service later, the Queen will be buried alongside her late husband, the Duke of Edinburgh, at the King George VI memorial chapel, located inside St George's Chapel. 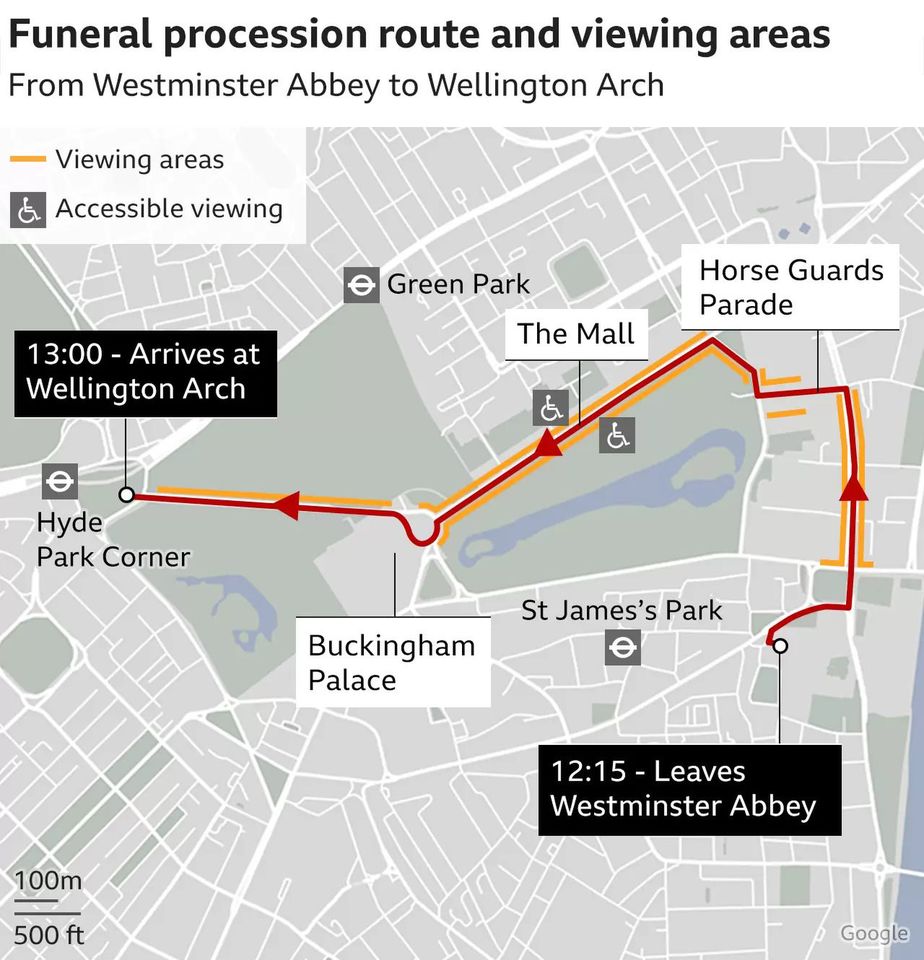