MOURNERS travelling into London for the Queen’s funeral were severely disrupted after trains into a major station were cancelled.

Damage to overhead electric wires between Paddington Station and Slough have caused all services on the line to be halted. 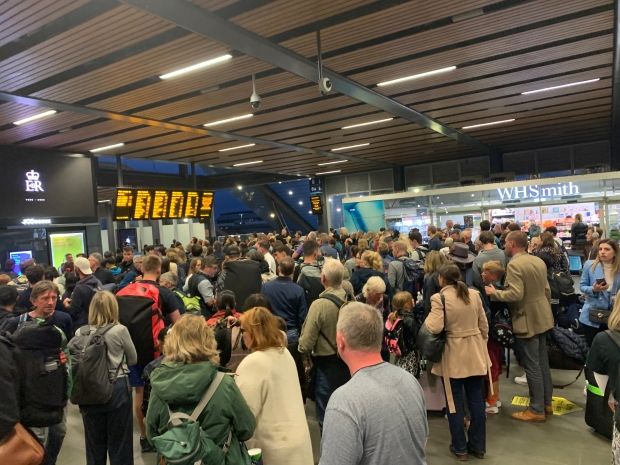 Commuters were forced to abandon trains as they were cancelled

Passengers on the 6.25am train from Paddington to Slough were stuck for more than two hours just outside the London station with GWR confirming they had evacuated the train.

Travellers face cancellations and delays, with anyone wanting to travel into the capital told to expect delays up until 9am tomorrow morning.

Slough is a change point between Paddington and Windsor and Eton Central – one of two overland stations that serve Windsor Castle, which is to be the monarch's final resting place after a procession from London on Monday afternoon.

The disruption has also impacted the Elizabeth Line and Heathrow Express services, halting all trains heading in and out of London.

Large crowds have been pictured at the station as people struggle to get home after the funeral.

Commuters at Reading were forced to leave trains as they were cancelled due to the fault.

Passengers waiting at Slough were advised to travel to Windsor and take a South Western Railway train to Waterloo.

Transport for London (TfL) has urged travellers to change at Hammersmith and take the Piccadilly Line instead.

There was also some disruption at Euston as a suspected power outage switched off departure boards for a short time.

Great Western Railways (GWR) said in a Twitter message from their customer service account: “Due to damage to overhead wires, all lines between Slough and Paddington are blocked.

“Train services running to or from these stations will be cancelled or delayed by up to 90 minutes."

An update on Paddington Station's website says that disruption is expected until 9am tomorrow, with every train on the line cancelled.

GWR apologised to customers in a further statement, adding: "We are very sorry for the disruption this morning, and are working hard to get services running as soon as possible."

As many as two million people are estimated to have made their way to London to watch the funeral and many central locations were "extremely busy,” according to City Hall.

“The areas in and around Buckingham Palace, Westminster, Whitehall, St James’s Park and Green Park are extremely busy,” it said.

TfL boss Andy Byford described the event as "probably one of the busiest days Transport for London has ever faced". He added that the service had prepared for up to a million extra visitors to areas around the Royal Parks.

Mr Byford said that non-essential meetings were postponed and people from across the organisation working to ensure visitors can “get around the city”.

Network Rail chairman Sir Peter Hendy said: “This is the biggest public transport operation since the London 2012 Olympic and Paralympic Games, and we’re working closely with all train operators to run extra trains through the day and into the night."

“To help us provide the best possible experience and avoid lengthy queues at stations we’re asking people not to rush home after the funeral and the processions, but to take their time and experience London on this memorable day.” 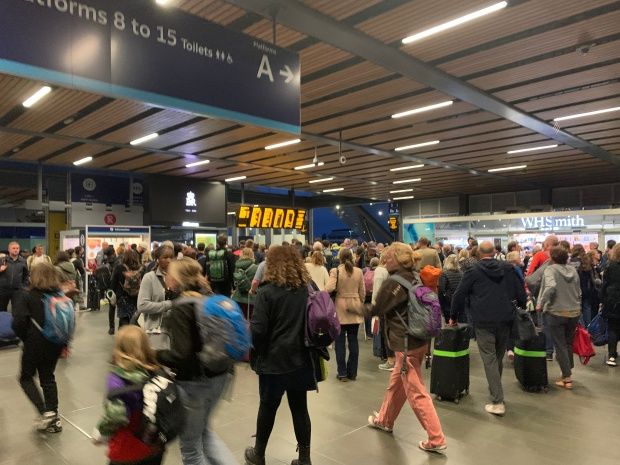 The fault has led to chaos at major stations

Delays are expected until 9am tomorrow 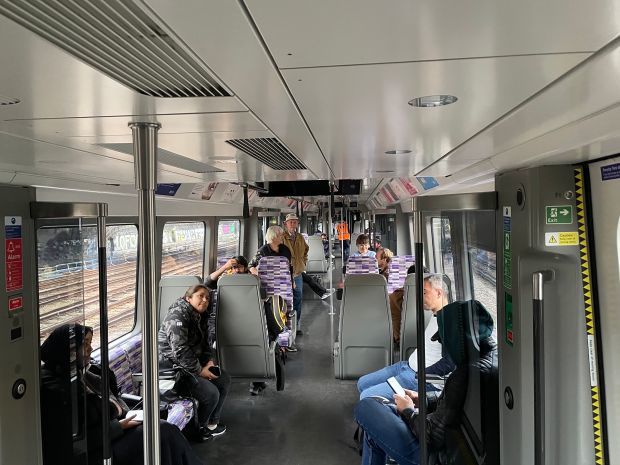