Mourners wanting to pay their respects to the Queen are being warned to plan their train journeys to London in advance.

The Rail Delivery Group said services to, and stations in, the capital will be "extremely busy".

The rail operator is asking people to leave plenty of time for travel during the official mourning period.

Hundreds of thousands, if not millions, are expected to travel to London to pay their respects to the Queen.

A period of national mourning is now in place and will last until the end of the day of the Queen's state funeral on Monday, 19 September.

The Queen, who died on Thursday aged 96, will lie in state in Westminster Hall for four full days before her funeral, meaning the public will be allowed to view her coffin.

On the day of the funeral, the Rail Delivery Group said it would not be possible to view both the funeral in London and then travel to Windsor where Her Majesty will be laid to rest.

The advice is to choose to view one or the other, and to leave plenty of time to get there.

The majority of tickets purchased before the Queen's death will be exchangeable or refundable until 18:00 the day before travel, with no administration charge. The advice is to check with your rail operator.

Jason Webb, the Rail Delivery Group's customer information director, said: "Understandably, many people wish to pay their respects to Her Majesty the Queen during this period of national mourning.

"On the day of the funeral, Monday 19 September, people should plan carefully the timing of their journey home, as trains and stations are likely to be extremely busy." 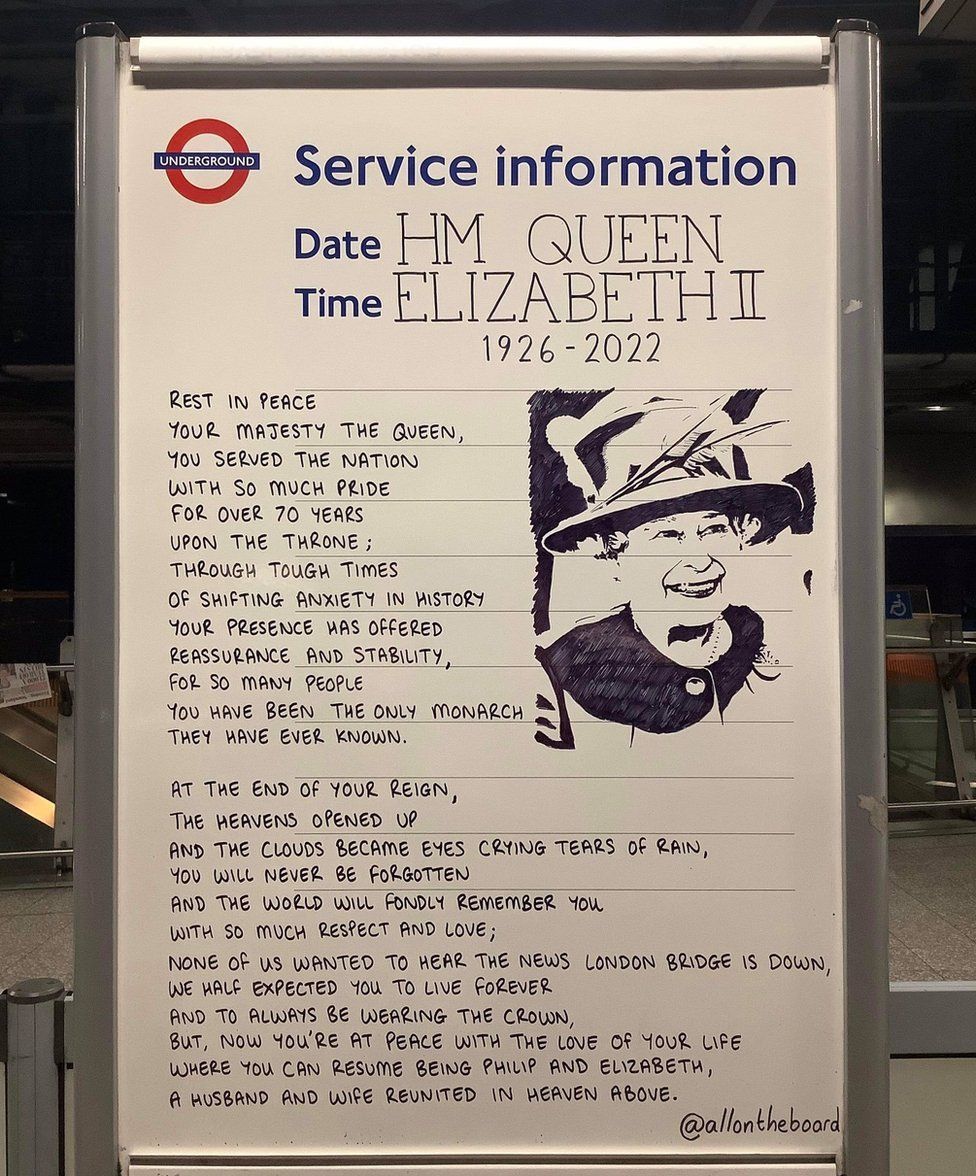 "We half expected you to live forever": All On the Board dedicates its whiteboard to the Queen

West Midlands Trains and South Western Railway offered their condolences to the Royal Family, and told customers travelling to the capital or Windsor to be prepared for services that will be much busier than usual.

Transport for London also warned that roads and public transport in central London will be very busy and has advised travellers to allow "plenty of extra time" for their journeys and to avoid driving where possible.

Like many other firms to express their sympathy, Andy Byford, London's Transport Commissioner spoke on behalf of TfL and said: "Our thoughts are with His Majesty The King and all members of the Royal Family following the death of Her Majesty The Queen."

"We are working with our partners to keep our city moving smoothly and to ensure that everyone who is planning to attend the memorial events can do so safely," Andy Byford added.

He advised all Londoners and visitors to the capital over the coming days to check before they travel using the latest real-time travel information, which is available on the TfL Go app and on the website tfl.gov.uk. 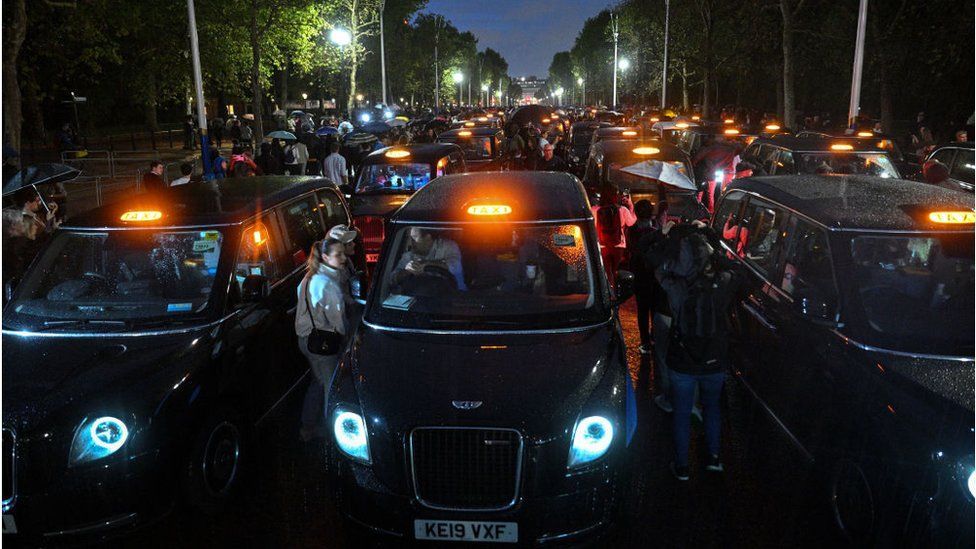 On Thursday, black cabs lined The Mall leading up to Buckingham Palace

Elsewhere in the city, London bus stops have also paid tribute by showing portraits of Queen Elizabeth II. On Thursday, London black cabs lined The Mall leading up to Buckingham Palace to silently pay their respects.