The first picture of the new ledger stone marking the Queen's final resting place in Windsor has been released by Buckingham Palace.

The black burial stone has been set into the floor of the George VI Memorial Chapel, where the monarch was buried on Monday.

The stone is engraved in memory of the Queen, her parents, and her late husband, the Duke of Edinburgh.

It replaces a previous slab dedicated to George VI and the Queen Mother.

All four royals were members of the Order of the Garter, the most senior order of knighthood in the British honours system. The order of chivalry dates back to medieval times and is made up of the monarch and other senior figures, including ex-prime ministers and former military chiefs.

The freshly installed stone is also surrounded by floral tributes and wreaths to mark the Queen's death. It is made of hand-carved Belgian black marble with brass letter inlays, to match the previous ledger stone.

The Queen was laid to rest in a private burial at George VI Memorial Chapel attended by King Charles III and immediate family members on Monday, when the late monarch joined her parents, her sister and her husband. The service in the evening followed the public elements of the day - the Queen's state funeral at Westminster Abbey and committal service in Windsor.

Members of the public will be able to pay to see the ledger stone in person from Thursday. 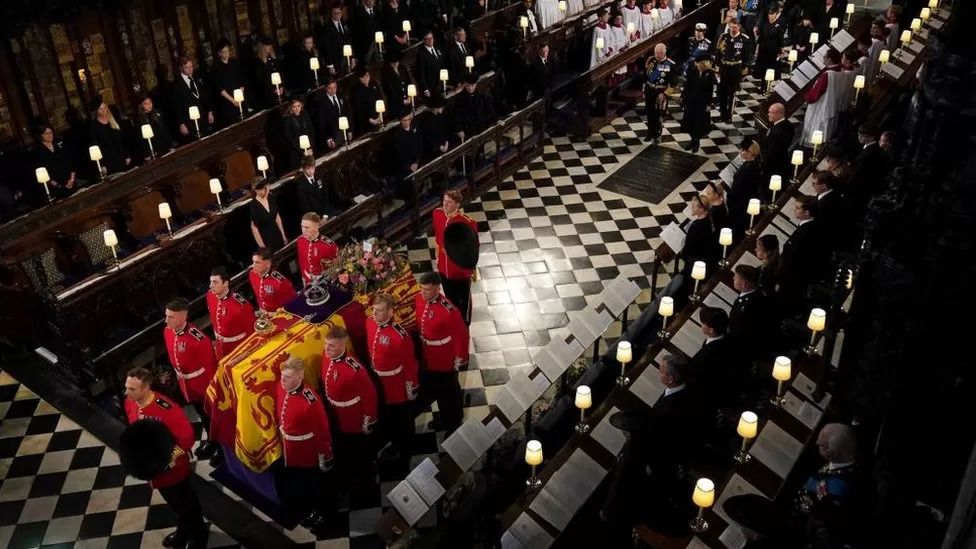 The chapel will reopen to visitors that day, and will be open every day excluding Sundays when it is only open for worshippers.

Entry to the castle is £28.50 for adults on Saturdays and £26.50 on other days, according to the chapel's website.

The chapel was commissioned by the Queen in 1962 as a burial place for her father King George VI and was designed by George Pace. The pale stone annexe was added on to the north side of the building behind the North Quire Aisle and was completed in 1969.

The Queen's sister Princess Margaret, who died in 2002, was cremated and her ashes were initially placed in the Royal Vault of St George's Chapel, before being moved to the George VI memorial chapel with her parents' coffins when the Queen Mother died a few weeks later. 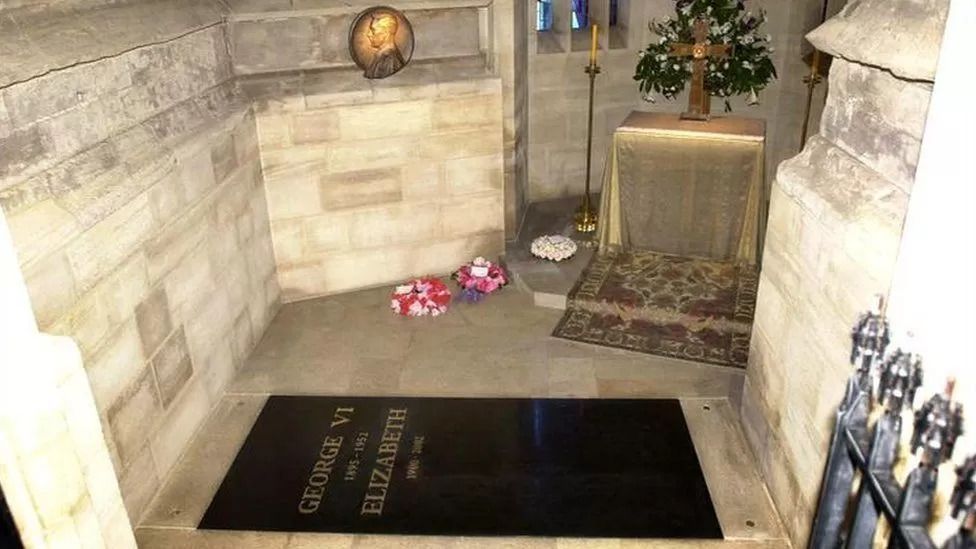 The new stone replaces this one, which was dedicated to the Queen's mother and father, George VI and Elizabeth, the Queen Mother

Prince Philip has only recently been relocated to the chapel, however.

When he died in April 2021, his coffin was interred in the Royal Vault, ready to be moved to the memorial chapel to join his wife upon her death.

The royal family is observing a seven-day period of mourning for the Queen, which will draw to a close at the end of Monday.