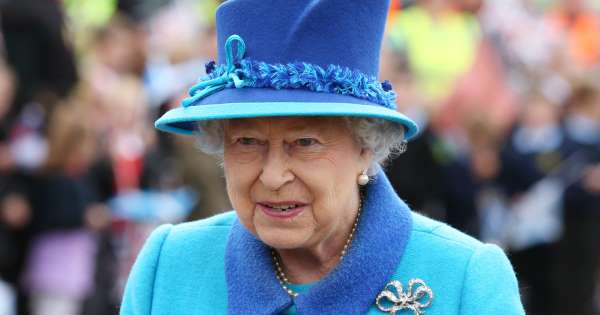 Queen Elizabeth has a 'great sense of humour'

Queen Elizabeth has a 'great sense of humour'

The monarch is very smiley and loves to laugh, according to the chef Darren McGrady, who worked for the royal family for more than a decade.

Darren claims Olivia Coleman's portrayal of the Queen in 'The Crown' was not entirely accurate, insisting the actress does not smile enough throughout the series.

He told Us Weekly: "I liked the first Queen [Claire Foy], the second one [Olivia Colman], I’m not so keen on. She doesn’t smile enough in there."

Despite this, Darren confirmed the Queen is obsessed with poached salmon - just as the Netflix show suggests.

He explained: "The Queen loved poached salmon, absolutely she did. Especially at Balmoral.

"I mean, if you think, the Queen Mother and Prince Charles would be out fly fishing in the river, bringing fresh salmon in - it didn’t get much better than that.”

However, Princess Diana soon grew sick of the sight of the oily fish and Darren had to quickly change up his menu to suit her taste.

He recalled: "About four weeks later, the princess came into the kitchen and she said, ‘Darren, I’m starving. What’s for lunch?’ And I said, ‘Lunch is almost ready.’

"She said, ‘Oh, please tell me it’s not poached salmon. What is it right now? Everywhere you go, everyone serving poached salmon!’ And I suddenly thought, ‘Oh my gosh, they’re telling everyone poached salmon.’ As soon as she’d gone, I called the kitchen and said, ‘She loves chicken, grilled chicken!’”

The chef also admitted he was surprised to see Princess Diana and Prince Charles arguing on the show as he remembers the couple being "happy".

He said: "I remember standing there watching Prince Charles and Princess Diana dancing together, and they were spinning and spinning, and the princess loved to dance.

"So she took advantage and she was spinning the prince faster, and then he was laughing louder and louder. And when I see 'The Crown' and see that and think, ‘You don’t know the whole truth.'"
Add Comment