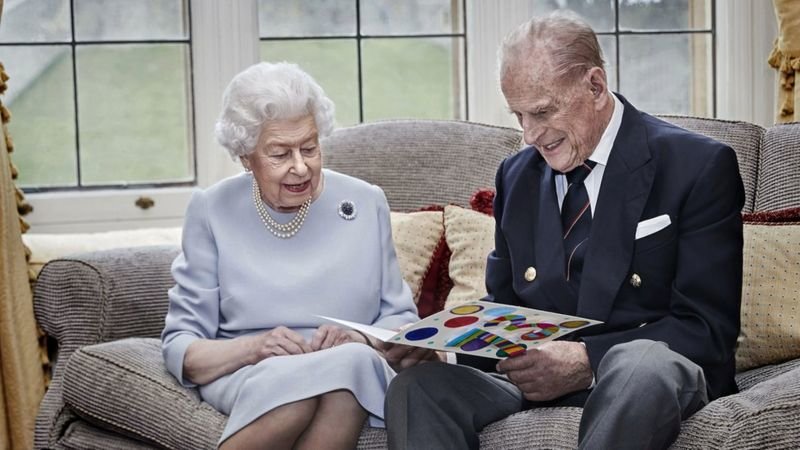 The Queen and Duke of Edinburgh have marked their 73rd wedding anniversary by releasing a photograph showing them opening a card from the Duke and Duchess of Cambridge's children.

The homemade gift was created by Prince George, Princess Charlotte and Prince Louis and is emblazoned with 73.

The photograph was taken earlier this week in the Oak Room at Windsor Castle.

The Queen, 94, was a 21-year-old princess when she married Lieutenant Philip Mountbatten on 20 November 1947.

Their enduring relationship has lasted the longest of any British sovereign. 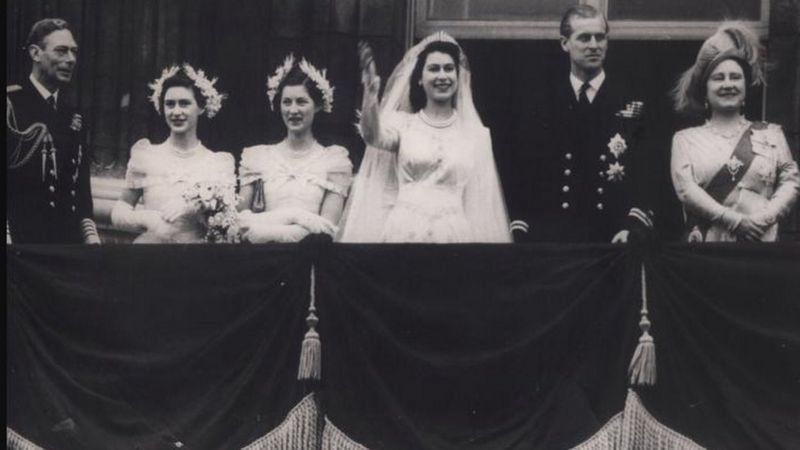 The monarch was 21 when she married Lieutenant Philip Mountbatten, then 26, at Westminster Abbey 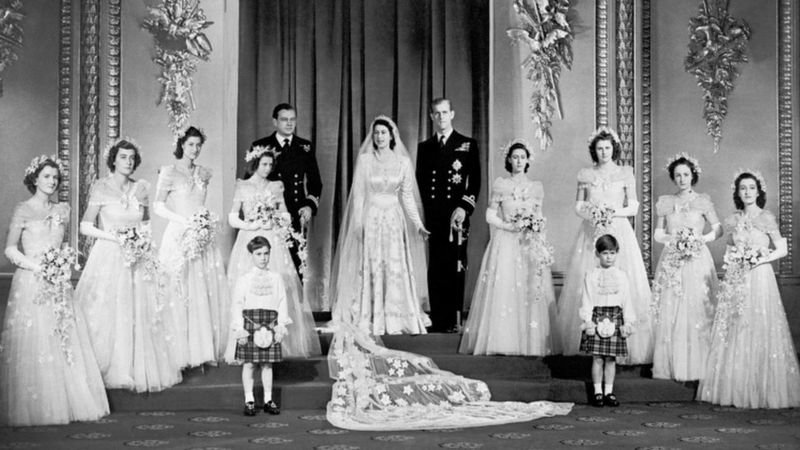 The Queen and the duke, 99, who has retired from public duties, are spending the lockdown at Windsor Castle in England and anniversary celebrations are expected to be low key.

There is no traditional gift, jewel or colour associated with 73rd wedding anniversaries in the UK.

In the new photograph, the Queen is wearing a pale blue double wool crepe dress by Stewart Parvin and a chrysanthemum brooch made from sapphires and diamonds set in platinum.

The couple are seated beside one another reading the colourful card from Prince William and Catherine's three children. They also have five other great-grandchildren. including one-year-old Archie, son of the Duke and Duchess of Sussex, who now live in California.

Earlier this month, the monarch was seen wearing a face mask for the first time in public when she made a private pilgrimage to the grave of the Unknown Warrior in Westminster Abbey.

She subsequently led the nation in marking Remembrance Sunday, with commemorations scaled back due to the coronavirus pandemic.