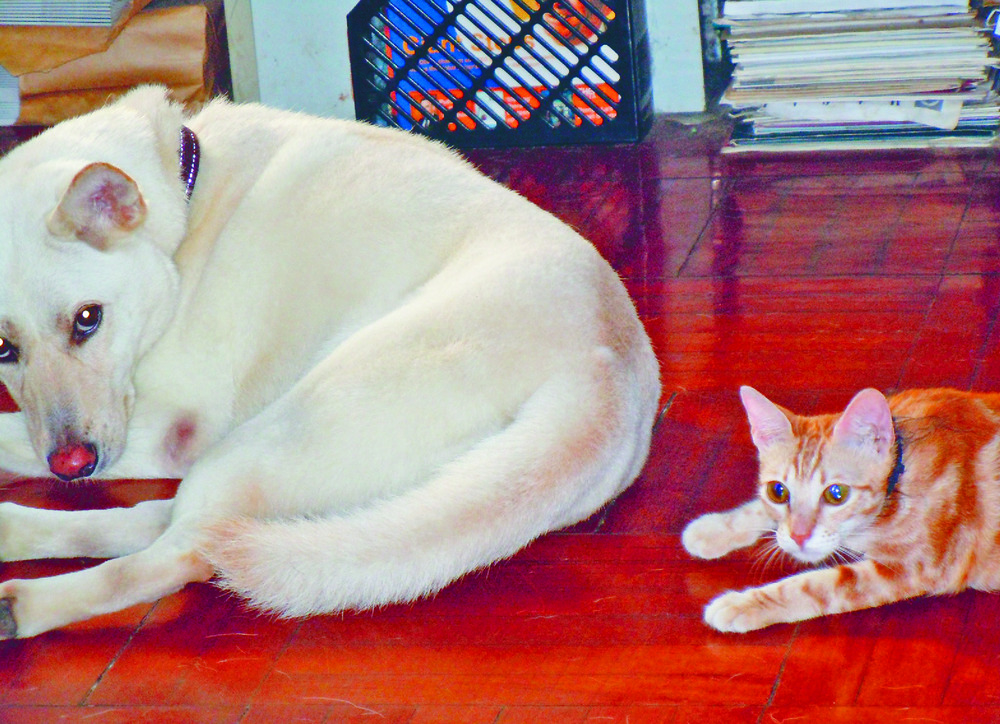 Following Molly round the house and yard at 5.30 one morning, it was clear we were tracking the stray cat (gorgeous intruder has us on the edge) that has been haunting our home for over a week.

Neighbors have reported her visiting as well, apparently doing the rounds at least twice a day looking for handouts and attention. We deliberately ignored her once we were sure she was in good condition and well enough fed.

With three elderly dogs and two mature cats in residence, it would be courting trouble to add another to our family, apart from the fact that the young cat's good physical condition and human-socialized behavior meant she already had a home somewhere within a few kilometers.

Adding new animals to an established family unit must be handled carefully, so while Cinders (Cinderella) - as we had jokingly named her for her coloring and habit of turning up then disappearing - was really lovely personality-wise, before we let her into our home she would need to be health checked and socialized carefully to the rest of the animal family.

Unlike Amber, our last addition to the family who was badly injured, starving and almost dead from drowning in horrendous rainstorms in 2012, this visiting cat is sleek, healthy and very polite.

Amber on the other hand, was very clearly feral, born wild to several generations of wild cats living paw to mouth on the edge of a country park and NT village.

Cinders is probably descended from farm cats, living in sheds or outbuildings in rural areas, but with close access to humans.

Because we didn't let her inside the house - despite her persistent efforts to climb through the smallest window opening - and we didn't leave food out for her, she has taken us off her begging rounds and now just occasionally prowls the yard during the night, presumably on her way from somewhere else.

We know when she has been around, however, as Molly mongrel runs excitedly round the yard, frantically trying to sniff out and round up what she considers a "lost" cat.

Molly doesn't understand that just because she has two cats of her own, not every cat should be invited to our home.

Amber, on the other hand, doesn't want to go out at all, just in case we lock her out too.

Georgina Noyce is an equestrian judge, and has a menagerie of adopted four-legged waifs and strays.