Hang Lung Group chairman Ronnie Chan says city must not underestimate ‘madness with which the US wants to destroy mainland China’, and Hong Kong.

A property tycoon has accused the United States of having every intention of destroying mainland China and Hong Kong’s status as an international financial hub, calling for the city to beware of such threats and strengthen its economy.

Speaking at the South China Morning Post’s China Conference: Hong Kong 2022 on Wednesday, Hang Lung Group chairman Ronnie Chan Chi-chung also warned the city to guard against economic problems as a result of fraught relations between the US and the mainland, as well as capital outflows caused by the Russia-Ukraine war.

“First, the US-China relationship is going to trump everything,” he said. “Let’s not underestimate the madness with which the US wants to destroy mainland China, and by extension also Hong Kong, including our international financial service position. We have to be very careful.”

Chan, who is also chairman of Hang Lung Properties, said the West’s reaction towards the Russia-Ukraine war would change global capital outflows and affect Hong Kong as an international financial centre.

“The war itself is not a big deal. The big deal is the reaction of the West towards the war. For example, for a long time to come, the whole capital flow in the whole world will be changed,” he said. 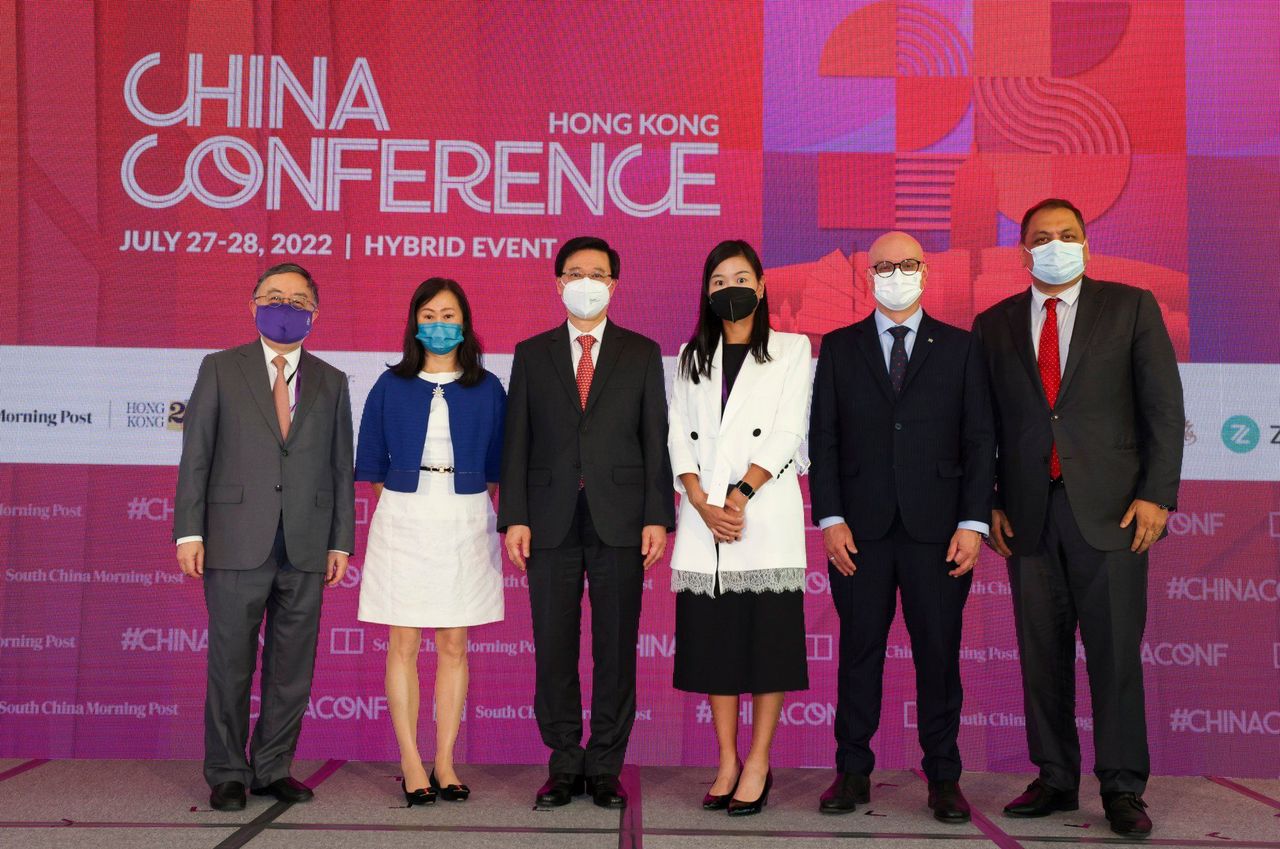 While Hong Kong had done well in the past 25 years after the handover from British to Chinese rule, Chan said, it could have fared much better if the city had fully embraced the mainland and taken advantage of the country’s rapid economic growth.

“We’ve done well. What I am really bothered by is we are next to the second biggest economy in the world and … why were we only growing at 2.7 per cent per annum in the last 25 years,” he said.

Hong Kong’s share of the country’s gross domestic product (GDP) has shrunk over the past 25 years. In 2021, the city’s GDP was equivalent to 2.1 per cent of the mainland’s, a decrease from the 18.4 per cent equivalency recorded in 1997.

“What is the real problem? Hong Kong did not embrace mainland China as it should, economically and also psychologically. As a result, we are missing opportunities,” Chan said.

“Why are we not benefiting at all? Because Hong Kong people have a psychological problem of being Chinese, being part of China … Young people and the Hong Kong public, in general, have to get over it.”

But the property tycoon said there were still many opportunities for Hong Kong to catch up as long as it refocused on the economy, adding that the city had previously been too preoccupied with politics.

“Just pay attention to the economy while strengthening our rule of law … and our knowledge of the rest of the world, I think Hong Kong will do well in the next 25 years,” he said.

Chan added that Hong Kong needed to be bicultural, meaning it had to understand both the mainland and the rest of the world, to get ahead of the game and foster sufficient talent to lead the city.

Anthony Neoh, former chairman of the Securities and Futures Commission, agreed with Chan and urged Hong Kong to strengthen its ties with the mainland and further capitalise on the country’s strengths.

Neoh said the city had managed to avoid high rates of inflation, unlike other countries, because it could import cheap food and goods from the mainland.

“The missed opportunity is that we’ve forgotten about ‘one country two systems’,” he said. “Our interface with mainland China is not as good as we could make it. If we could do it, I think Hong Kong could really fly.”

Catherine So, the Post’s CEO, said Hong Kong was the most important conduit through which the mainland could create opportunities around the world, citing how the conference had brought together local and overseas experts to produce an international dialogue.

In a separate panel that discussed the future of Hong Kong’s status as an international financial hub, Rocky Tung Yat-ngok, director and head of policy research of the Financial Services Development Council, said he believed the local dollar would remain relevant.

“For now, at least, with the US dollar being the most tradeable currency among all the currencies in the world and Hong Kong being a small and open economy, that’s the way to go,” he said.

On the subject of the coronavirus-related impact on the city, Wallace Lam Wing-tak, managing director and deputy head of DBS Bank’s Hong Kong division, said the company’s revenue last year was not affected by local anti-epidemic measures restrictions. 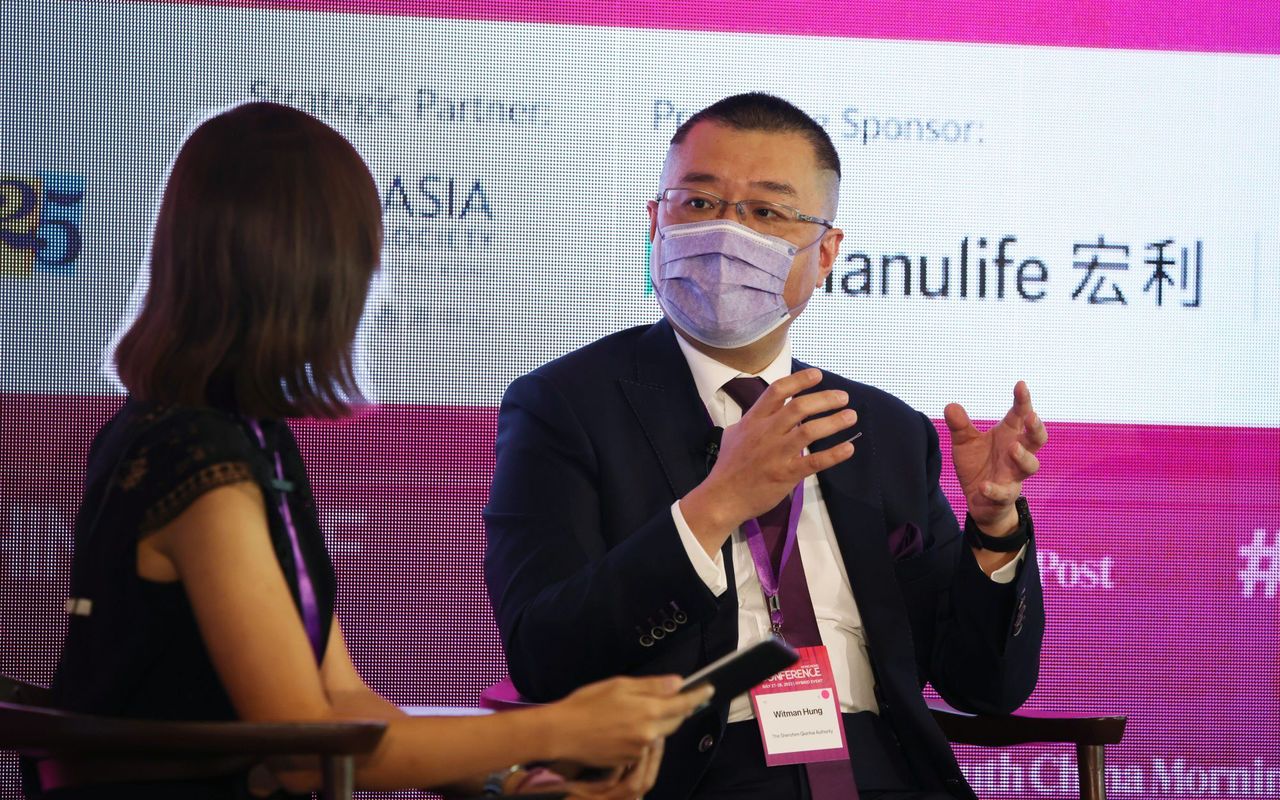 He added that he believed the departure of expatriates from Hong Kong was only temporary and predicted the city was likely to appeal to overseas talent as long as advantages such as the common law system remained.

“When all these restrictions have been lifted, when there are opportunities, people will come back because this is where the money is,” he said.

Witman Hung Wai-man, the principal liaison officer for Hong Kong at the Shenzhen Qianhai Authority, suggested that the government should better utilise its admission scheme for talent to attract young professionals to work in Hong Kong.

A special programme should also be created to encourage more technology workers based in Shenzhen to join local companies as part of the Northern Metropolis scheme, he said, referring to the government’s ambitious plan to create an IT hub in the northern New Territories.