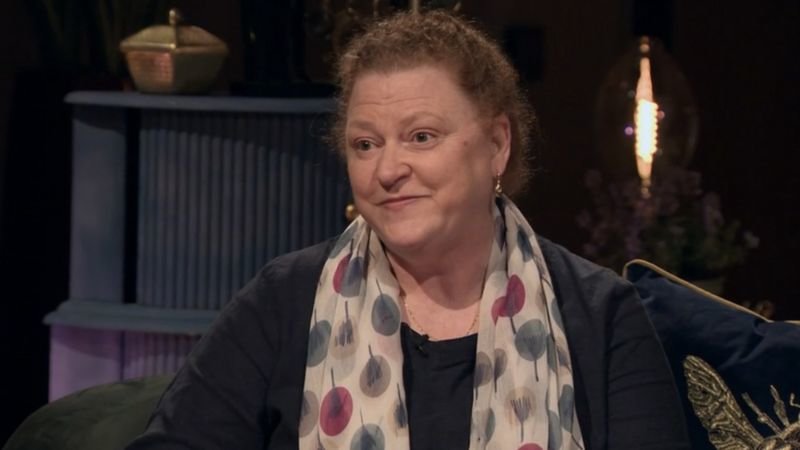 Forensic scientist Prof Dame Sue Black has revealed how she once transported two human heads in designer bags on a plane from Italy to Scotland.

Prof Black had been asked to assist Italian police who were investigating a serial killer in the mid-1990s.

She said she was moved to business class after telling an "utterly horrified" stewardess what she was carrying.

She told host Damian Barr she was asked to take the heads to Scotland to carry out a facial superimposition, a procedure where a photograph is matched to a skull, which was unavailable in Italy at the time.

One of the challenges of transporting the remains, she recalled, was that they were in an advanced state of decay.

"So what they decided they would do was to put each of the heads into white buckets that you could seal," she said.

"And so we didn't disturb anyone at the airport, I would carry them in two very expensive designer carrier bags so that it didn't look obvious."

Prof Black was given two letters, in English and Italian, explaining what she was carrying.
She said: "I gave her the English letter and she was utterly horrified but moved me into business class, which I thought was very nice.

"But it was as if they had put razor wire around me because she totally ignored me for the entirety of the flight like I was a plague victim."

Prof Black said a security guard at Heathrow Airport then said the bags needed to be opened, so she gave him a detailed description of what he might find inside.

"He sort of turned a bit green and went 'Nah you can go'," she recalled.

On the subsequent flight to Glasgow she said she was moved to the back of the plane and everyone else was moved to business class.

Gianfranco Stevanin was eventually convicted in Italy of murdering six women between 1993 and 1994.

She was discussing her second memoir Written In Bone, the follow-up to her 2018 book All That Remains.
Add Comment