Criminal negligence may be involved in a horrific accident at a concert by Hong Kong Cantopop boy band Mirror that left a dancer with critical injuries, an investigation into the tragedy is expected to reveal.

Government sources said a report by the government task force set up to investigate the tragedy could be published, as well as a separate report by police, could be unveiled as early as Friday.

A source added that police and the interdepartmental task force had consulted the Department of Justice for legal advice before the reports were released.

“Preliminary findings showed that there are criminal elements, and human negligence might be involved,” one source said. 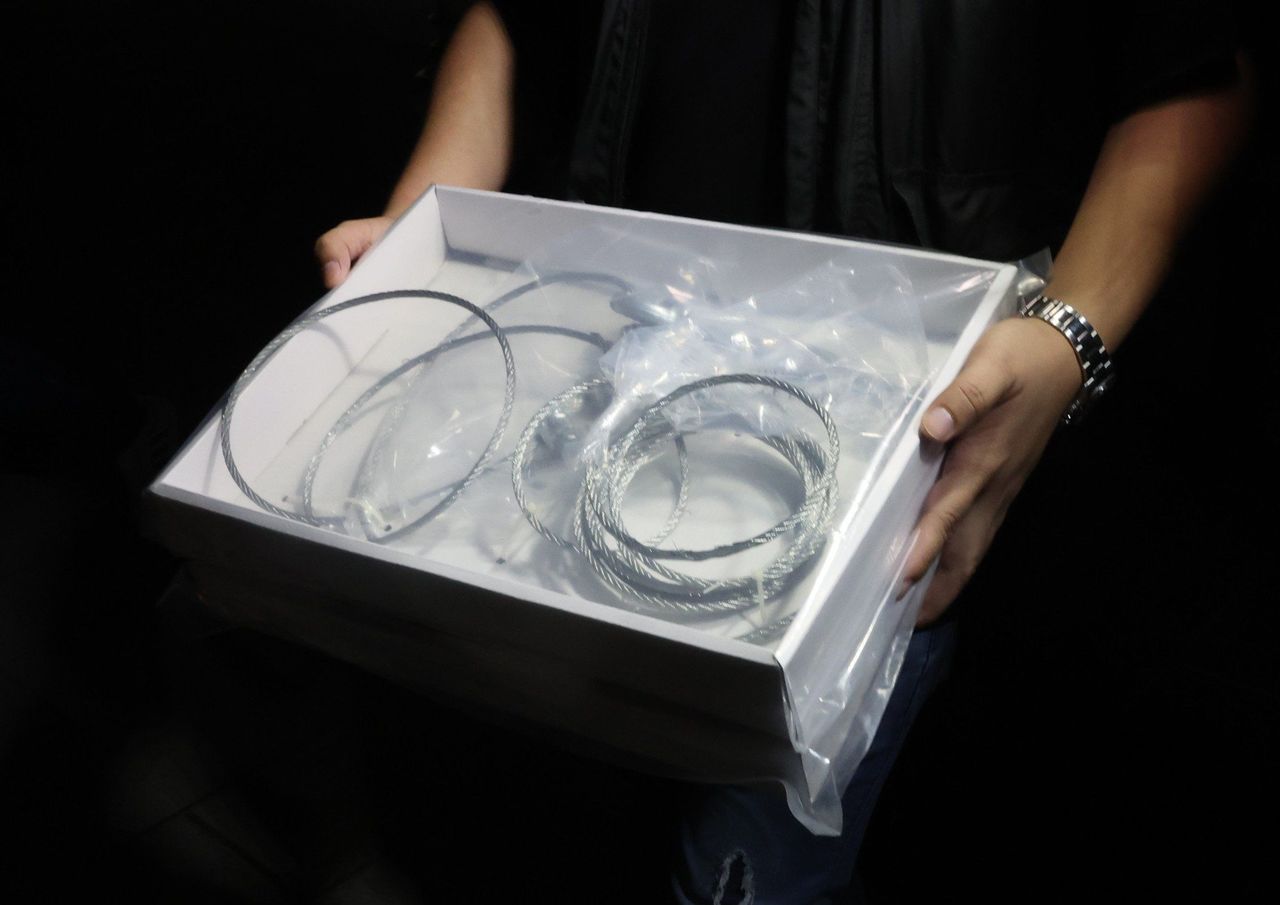 A police officer carries pieces of cable from the Hong Kong Coliseum after a giant video screen fell to the stage and injured two dancers during a concert by Hong Kong boy band Mirror.
A major inquiry was launched after dancer Mo Li Ka-yin, 27, suffered serious spinal cord injuries after a four-by-four-metre overhead video screen weighing 560kg crashed to the stage after a supporting cable broke during a Mirror concert at the Hong Kong Coliseum on July 28.

The government asked the task force, led by the Leisure and Cultural Services Department, to make recommendations and work to establish the cause of the accident

Police are carrying out a separate criminal investigation and the Labour Department is looking at workers’ rights in the wake of the injuries.

Another source familiar with the investigation said the findings were being announced later than expected because the interdepartmental task force’s report had to be rewritten a few times to ensure the wording aligned with reports prepared by other investigations.

“When it comes to prosecution, the wording matters a lot, but it is important to note that the facts haven’t been changed,” the insider explained.

The concert where the two dancers were hurt was the fourth of what was to be a series of 12 shows by the boy band. The remaining events were cancelled following the accident.

Li’s condition improved from serious to stable in September, but he is still in the Queen Elizabeth Hospital and at risk of being paralysed from the neck down because of damage to his spinal cord.

An update on Li’s situation from his father, Reverend Derek Li Shing-lam, last month revealed that a cervical collar had been removed and that Li could turn his head to see outside his ward for the first time since his injury.

His father had also appealed to the government to find out if anyone was liable for the incident.

Concert organisers Music Nation and MakerVille released a statement in October that insisted they selected the production crew based mainly on qualifications and experience, not cost.

They said the main contractor had been in the industry for more than 30 years, had worked in mainland China and organised more than 600 concerts, including nearly half of the recent events at the Hong Kong Coliseum.

Richard Li Tzar-kai, the chairman of PCCW, in September pledged to donate HK$10 million to Mo Li and his family after the billionaire visited the performer in hospital but the offer was declined by Li’s father on the grounds that the investigation into the incident continued.