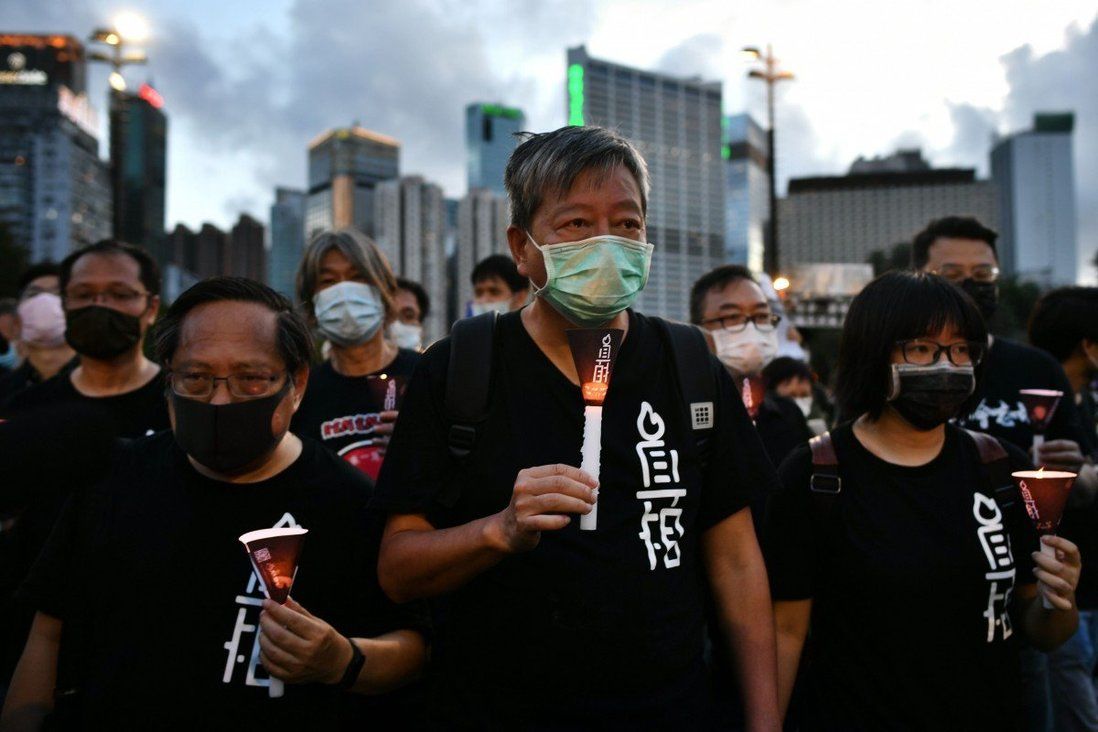 The investigation into the group, which has announced plans to disband, comes amid a flurry of closures of major opposition-leaning bodies.

Hong Kong’s leader has denied that police are cracking down on civil society, saying an investigation into the alliance behind the city’s annual Tiananmen Square vigil represents a proper use of the powers granted to officers under the national security law.

Chief Executive Carrie Lam Cheng Yuet-ngor’s defence of a flurry of recent police probes came a week after the force’s National Security Department accused the Hong Kong Alliance in Support of Patriotic Democratic Movements of China – which had already decided to disband – of acting as an agent of foreign forces.

This month has also seen two other major, long-standing civic groups announce their disbandment amid police probes into their activities, including pro-opposition umbrella group the Civil Human Rights Front– organisers of massive protest marches in 2019 – and the 47-year-old Professional Teachers’ Union. 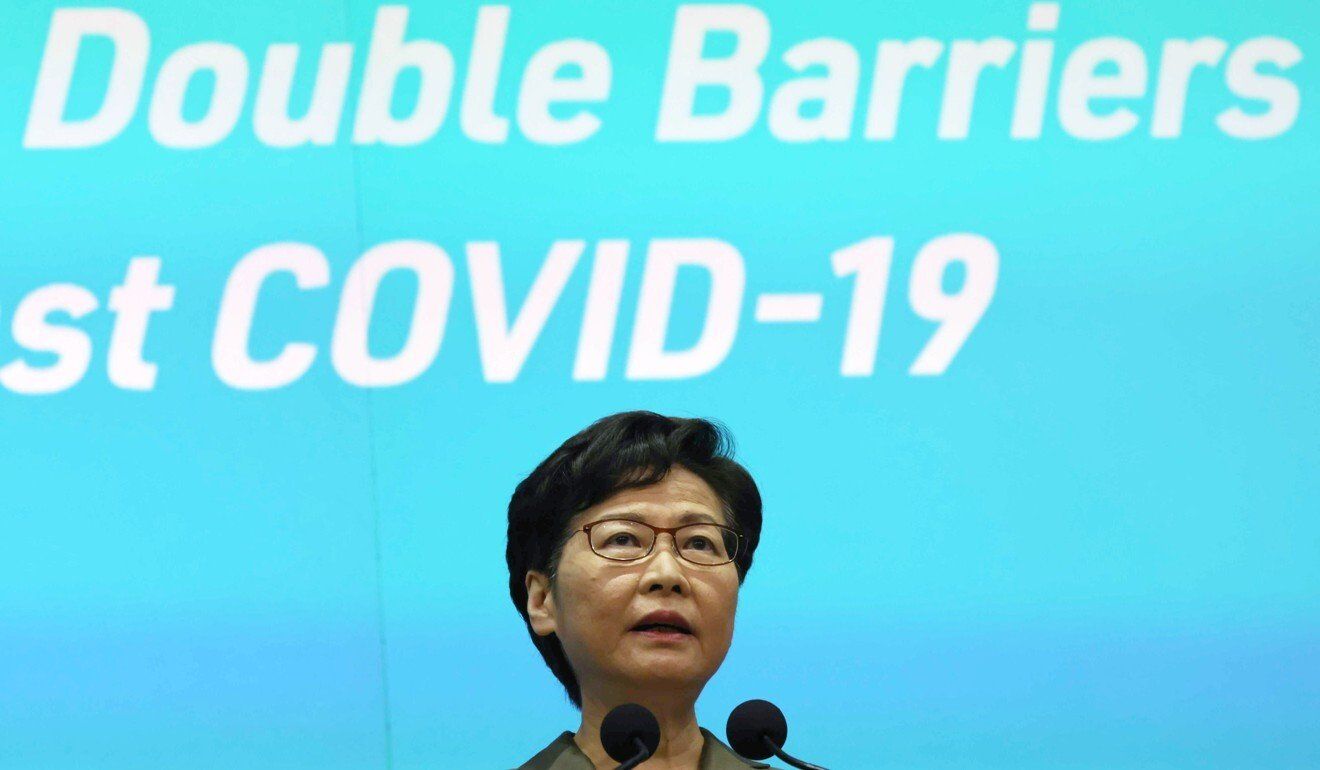 Chief Executive Carrie Lam meets the press ahead of her weekly executive council meeting on Tuesday.

Asked about the legal status of the group behind the annual June 4 vigil at a Tuesday press briefing, Lam denied that “a crackdown on civil society” was being conducted.

“We respect civil society, as Hong Kong has a large number of NGOs, think tanks and research agencies who are shouldering their civic responsibility in trying to improve the city’s situation,” she said.

“But where there are associations that exist to undermine Hong Kong’s security, let alone to advocate for independence or collude with external forces to harm Hong Kong and our country, that should not be something we condone.” 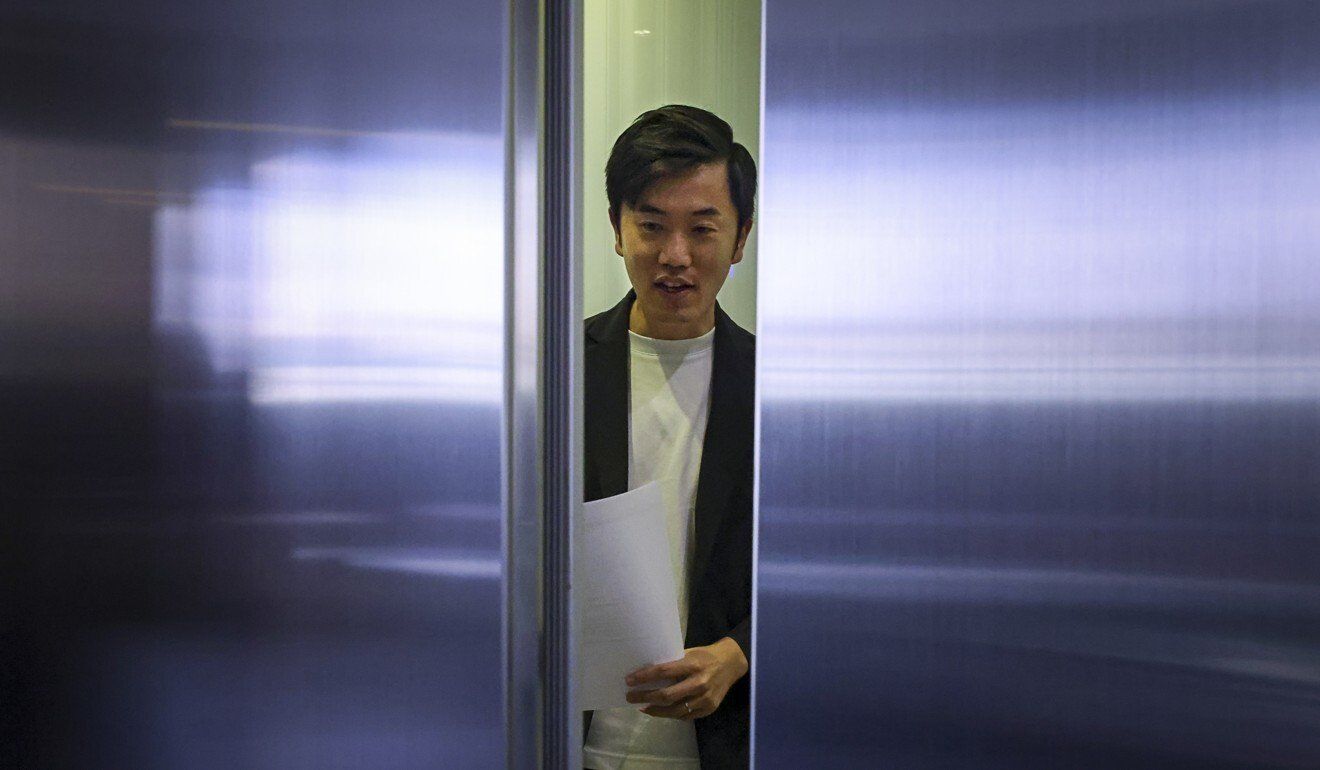 Lam said the Beijing-imposed legislation banning subversion, secession, terrorism and collusion with foreign forces was “not a … toothless law” and would be used whenever necessary to safeguard national security.

“I am confident police are using their power properly based on the evidence they [gathered before asking] for the information,” she said, referring to last week’s demand that the alliance turn over details on its membership and financial situation.

In an interview with the Post on Monday, Commissioner of Police Raymond Siu Chak-yee made it clear that disbanding was no “indemnity” against investigation and that the force had gathered evidence against a variety of political organisations.

Political commentator Chung Kim-wah insisted there was clearly an ongoing crackdown on civil groups, given it was hard for many of them, including the alliance, to avoid connections with overseas pro-democracy bodies. He questioned however if authorities could silence dissent through such actions.

“The movement advocated by the alliance for more than 30 years has become part of the city’s identity. The crackdown on it won’t make people forget June 4,” he said. 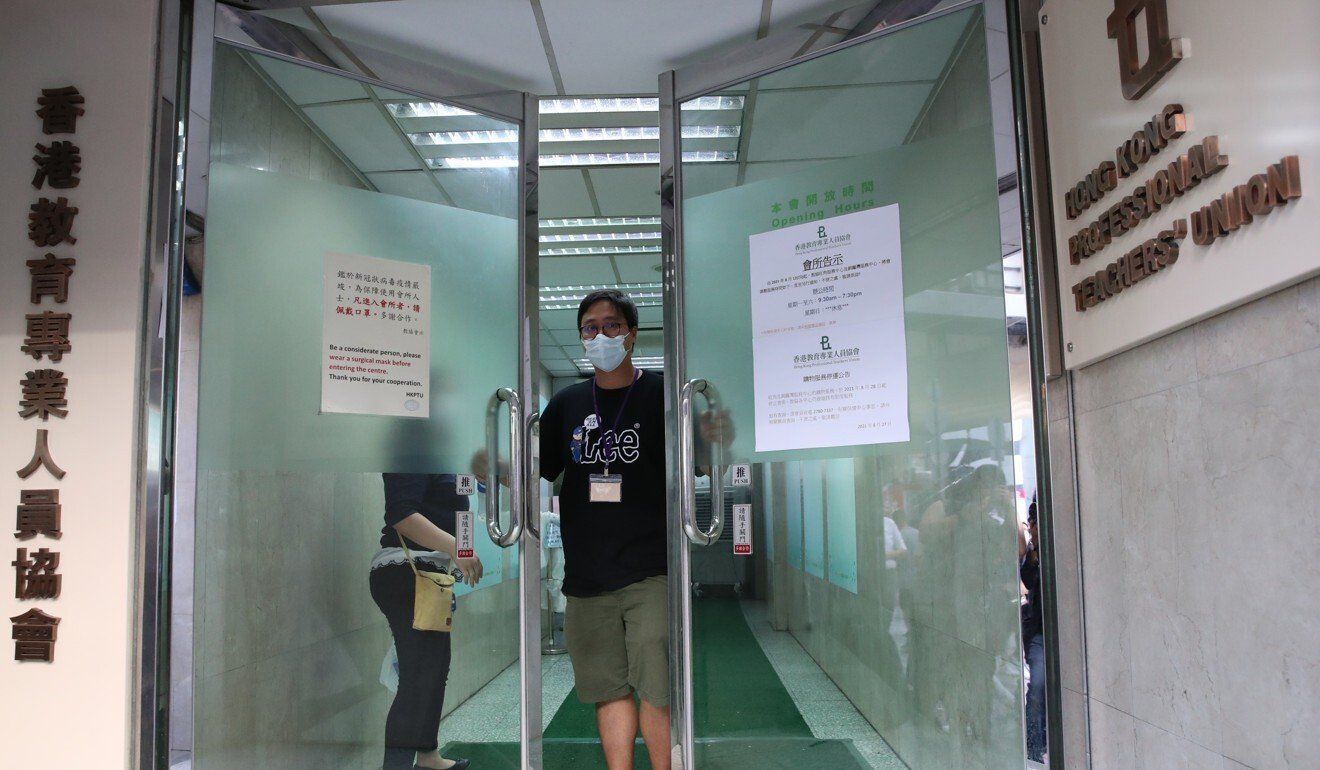 The Hong Kong Professional Teachers’ Union held an emergency meeting last week to pave the way for its speedy disbandment.

The authorities’ latest move against the opposition bloc came on Thursday, when the city’s only remaining opposition lawmaker, Cheng Chung-tai, was removed from his Legislative Council seat after a new vetting body established as part of a Beijing-led electoral overhaul ruled he was not patriotic enough for public office.

On Tuesday, Lam was asked how the government could assure political parties over joining coming elections while they were not clear about the red line.

“You should take comfort that there is only one such case,” she said before her weekly meeting with her cabinet.

She added that the decision was made in accordance with the recently established vetting mechanism and that authorities had fulfilled the principle of “natural justice” by requesting Cheng respond to the “negative list” of conduct deemed to prove a breach of his pledge of allegiance to the city and its Basic Law.

“All these processes have been faithfully followed in this case, but we cannot disclose [specific reasons],” she said.