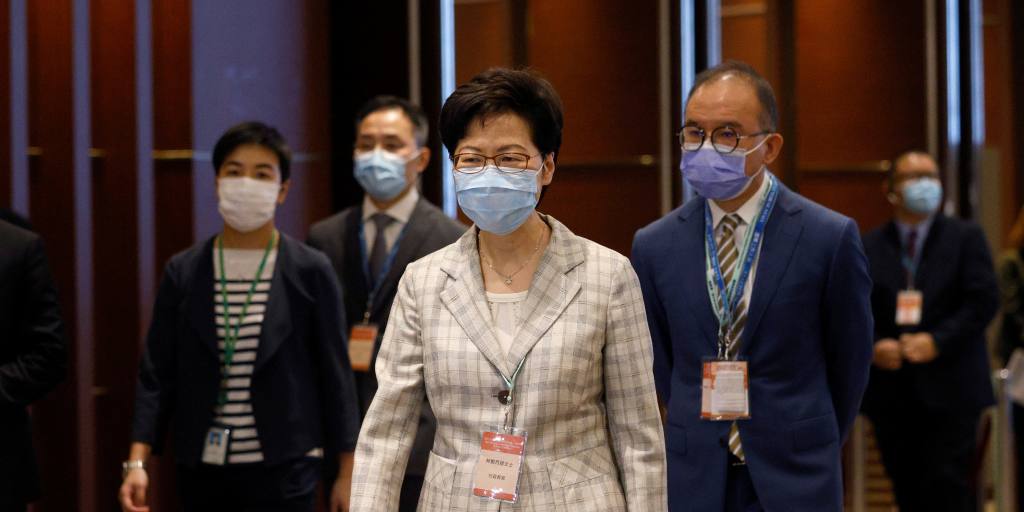 A total of 154 candidates have been nominated for Hong Kong's legislative election next month as nominations closed on Friday, with pro-Beijing candidates comprising a majority of the forms received.

Amid a handful of non-establishment hopefuls was centrist Third Side party leader Tik Chi-yuen, who was also the only opposition-leaning figure elected to the city's powerful Election Committee in September.

Also in the running is former Democratic Party founder Nelson Wong, who was ousted from the party after expressing his support for government-proposed constitutional reforms.

This year's nominations saw no contenders from the city's major democratic parties, including the Hong Kong Democratic Party, marking that party's absence from a local election for the first time in over two decades.

The Legislative Council election, set to be held on Dec. 19, is the first since the legislature approved sweeping changes to the city's electoral system in May.

In 2016, following the 2014 Umbrella Movement that called for democratic change in the former British colony, the pro-democracy camp captured 30 of the 70 seats in the council.

But following the 2019 anti-government protests, which left the city in political and social turmoil, the central government called on Hong Kong to oust lawmakers deemed "unpatriotic" to rein in dissent and exclude anti-Beijing elements from the levers of power.

Under the revamp, the overall membership in the legislature was expanded from 70 members to 90, with the number of directly elected seats slashed from 35 to 20.

Among the non-directly elected seats, 40 will be elected by the Election Committee, which consists of almost all pro-Beijing members except one, while the remaining 30 will be chosen through trade-based functional constituencies.

Election hopefuls who pass the nomination threshold must also be vetted by an eligibility review committee headed by Chief Secretary for Administration John Lee, who played a key role in the crackdown on pro-democracy newspaper Apple Daily this year.

In his official blog last week, Lee announced that the review committee would begin its work immediately after the nomination period closed, with vetting results to be released on or before Nov. 26.

The territory's No. 2 leader also called on voters to fulfill their civic duty in casting their votes on Dec. 19.

This week, Hong Kong's anti-corruption watchdog arrested three individuals sharing an online post that called on members of the public to cast blank votes in the upcoming election.
Add Comment