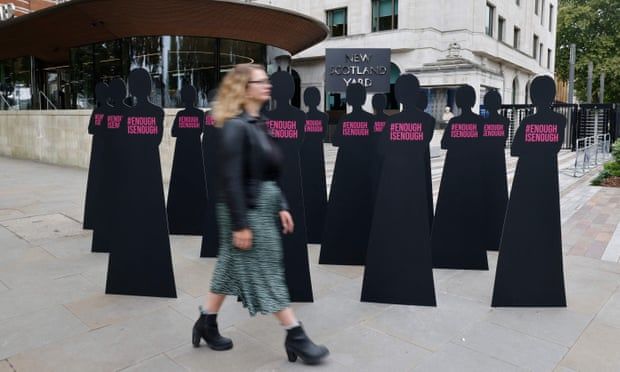 Boris Johnson has infuriated the home secretary by overruling attempts to make public sexual harassment a crime. This has prompted concern at the Home Office that the prime minister views the issue as mere “wolf whistling”, rather than the aggressive targeting of women and girls going about their daily lives.

Sources say tensions have emerged between Johnson and Priti Patel, and other senior Home Office figures, after he blocked plans to make public sexual harassment a specific offence.

Patel’s consultation on tackling violence against women and girls, drew feedback from 180,000 contributors – the majority sent after the murder of Sarah Everard in March – with many respondents complaining of being hassled on a daily basis.

Johnson announced last week that he did not support any new law on tackling violence against women, claiming there is “abundant” existing legislation. This caused disquiet throughout the Home Office.

Sources believe the prime minister has completely misjudged the public mood following the murders of Everard and, more recently, Sabina Nessa, both attacked while walking in the capital.

A senior Home Office source, who requested anonymity, said: “Trying to bring it down to wolf whistling is massively problematic. But we’re going to make this happen. People are prepared to put their political capital behind this, and the home secretary is among those very much behind it.”

Another source said the prime minister seemed not to understand the issue: “Make no mistake, Boris Johnson is the person blocking and holding this back. He seems to be stuck in the past on this issue.”

A survey earlier this year revealed that more than half of women said they had suffered sexual harassment on public transport in London. The most common offence, experienced by more than a third of respondents, was being deliberately pressed up against by a stranger. The research, by YouGov, suggested that tens of thousands of incidents on buses and the Tube go unreported.

The issue of crimes against women has come under fierce scrutiny since Everard’s kidnap, rape and murder by serving Metropolitan police officer Wayne Couzens.

Despite Johnson’s words, Home Office officials are understood to be conducting a legal review into making public sexual harassment – which covers all behaviour that could make women uncomfortable in all public spaces – a crime in its own right.

Patel’s strategy to tackle violence against women and girls, published in July, states: “We are looking carefully at where there may be gaps in existing law and how a specific offence for public sexual harassment could address those.”

Indecent exposure was made a sexual crime almost 20 years ago, although as the case of Couzens underlined, such incidents, even when reported to the police, are often not taken seriously.

Georgina Laming, campaigns manager at children’s rights charity Plan International UK, said: “This year, tens of thousands of women and girls have told the Home Office about their experiences of harassment and violence. Girls as young as 10 are being harassed, followed and touched, and millions of them are forced to change the way they live their lives because of it.

“Public sexual harassment is relentless, and it needs to stop. The Home Office recognised that there are real gaps in legislation, which means girls aren’t protected from these behaviours by existing laws.”

Other influential supporters of making public harassment an offence include Victoria Atkins, the former safeguarding minister, who last month became justice minister, and Caroline Nokes, chair of the women and equalities committee.

However, Sophie Linden, deputy mayor for crime and policing in London, told the Observer that making such behaviour an offence was important to making the streets safer for women and girls. “We’ve been lobbying very hard on a number of fronts,” she said, “including making sexual harassment a criminal offence in and of itself, which will make a difference to women and girls walking around.”

Women’s groups are also keen to underline harassment as an intersectional issue, also related to racism. Laming at Plan International said: “Our data shows that an overwhelming majority of girls of colour have experienced public sexual harassment, with one in six saying the harassment they face was also linked to their race. Public sexual harassment is serious, and when girls are approached in public spaces they are subject to threatening, violent and sexually explicit behaviour.”

As well as blocking a new law on harassment, the prime minister personally intervened to torpedo attempts to make misogyny a hate crime. It emerged this weekend, however, that Tory peers and MPs plan to defy Johnson and push ahead with attempts to change the law.

The Home Office said: “Our recently published tackling violence against women and girls strategy sets out that there are a number of offences in place which already capture street harassment.

“We are committed to ensuring that these laws work in practice. That is why, through new funding to tackle violence against women and girls, we will deepen our understanding of who commits these crimes, why they do so, and how this behaviour may escalate.”
#boris johnson  #priti patel  #johnson
Add Comment