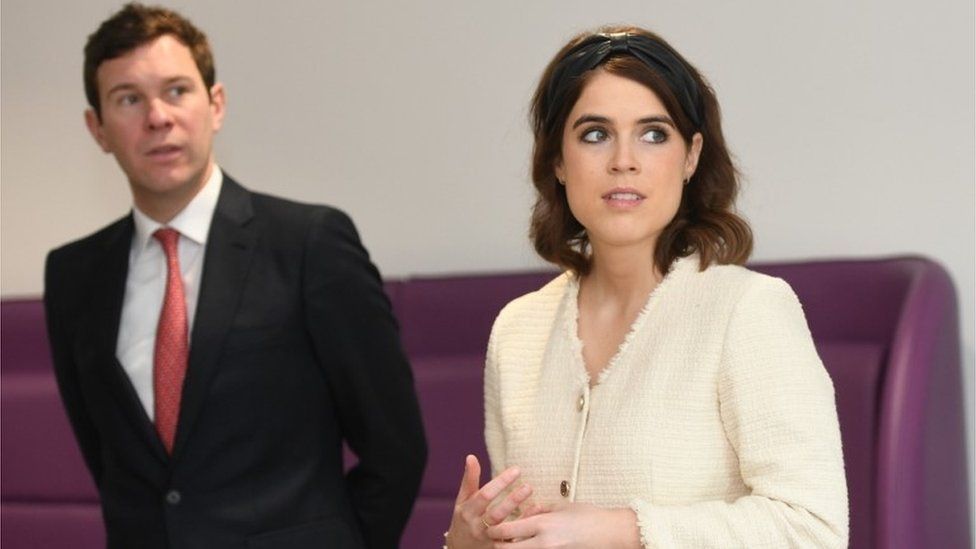 Princess Eugenie, the Queen's grand-daughter, has given birth to a baby boy, Buckingham Palace has announced.

The royal baby, who is the Queen's ninth great-grandchild and 11th in line to the throne, was born at 08:55 GMT on Tuesday at the Portland Hospital in central London, weighing 8lbs 1oz.

In a statement, the palace said the Queen and Eugenie's parents, the Duke and Duchess of York, were "delighted".

Buckingham Palace said Jack Brooksbank was at his wife's side for the birth.

The baby's name has not yet been announced.

The palace said in its statement: "The Queen, the Duke of Edinburgh, the Duke of York, Sarah, Duchess of York, and Mr and Mrs George Brooksbank have been informed and are delighted with the news."

It added: "Her Royal Highness and her child are both doing well."

The Prince of Wales and the Duchess of Cornwall tweeted their congratulations beside a picture of the new parents' wedding day. 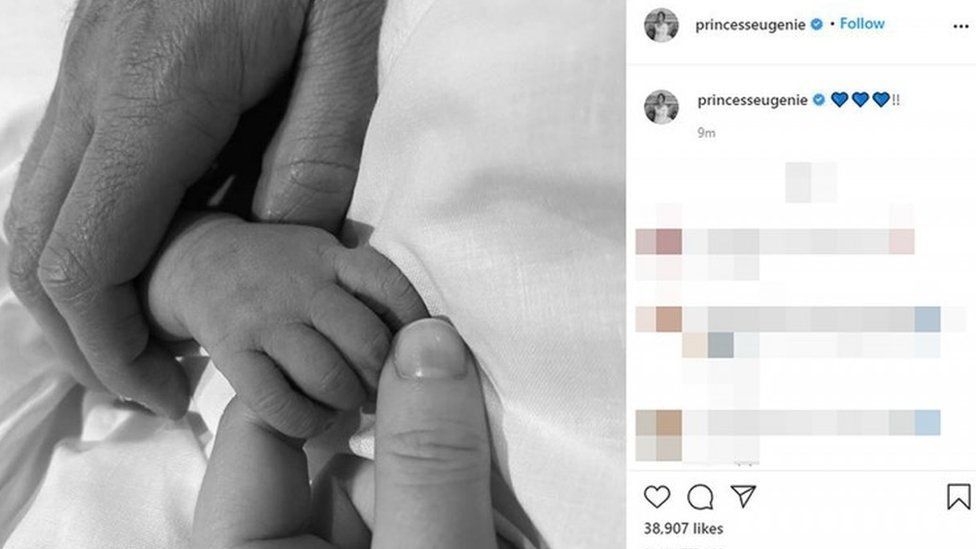 As 11th in line to the throne, the newborn takes the place of the Earl of Wessex, Prince Edward - the Queen's youngest son - who has moved down to 12th place.

Even though his mother is a princess, Master Brooksbank will not be an HRH nor hold a title, unless the Queen decides otherwise. This is because he was born down the female line of the Royal Family.

The new line of succession to the throne is:

1. The Prince of Wales

2. The Duke of Cambridge

6. The Duke of Sussex 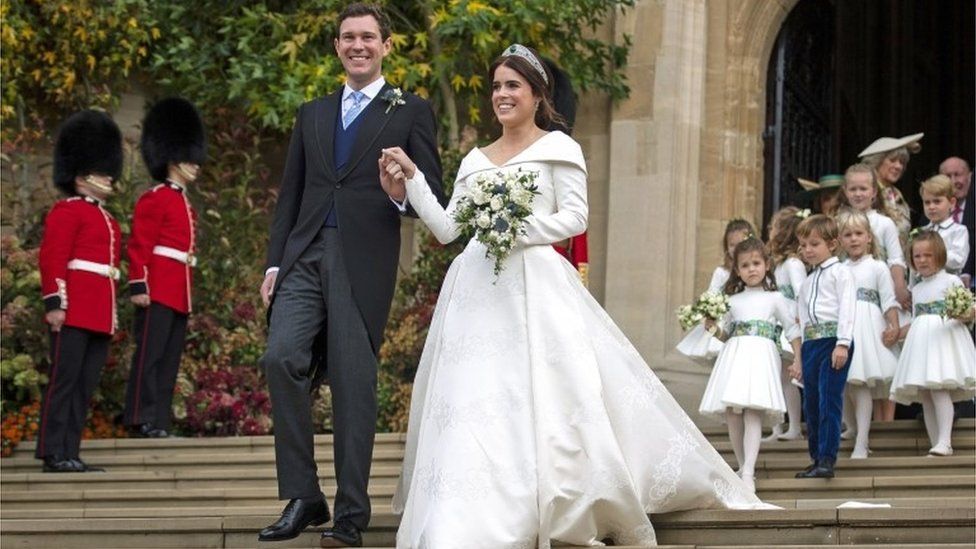 Royal Family members, including the Queen and Prince Philip, were joined at the ceremony by 850 guests, including singer Robbie Williams and model Cara Delevingne.