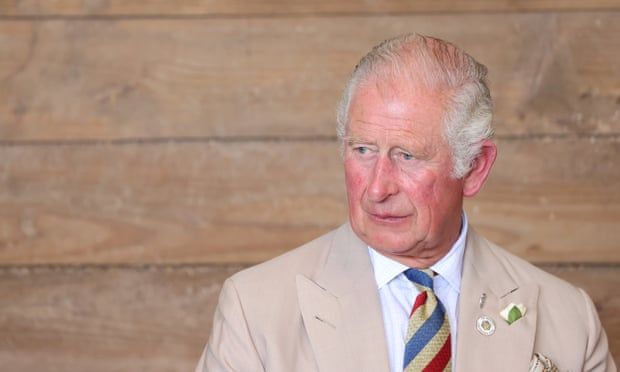 The Prince of Wales has said he understands why campaigners from organisations such as Extinction Rebellion take to the streets to demand action on the climate crisis but has called for “more constructive rather than destructive” methods.

In an interview with the BBC, Prince Charles said actions such as blocking roads, used in recent weeks by the Extinction Rebellion splinter group Insulate Britain, “isn’t helpful” but he said he understood the “frustration” they felt.

Extinction Rebellion branded Charles “the Prince of business-as-usual-must-remain ‘activism’” and said its tactics were working.

He warned of a “catastrophic” impact if more ambitious action was not taken on the climate, adding he was worried world leaders would “just talk” when they meet in Glasgow for the 2021 United Nations climate change conference, Cop26.

“The problem is to get action on the ground,” he told the BBC’s The Big Interviews.

Asked if he sympathised with Greta Thunberg, the climate campaigner who has also criticised leaders for failing to act, he said: “Of course I do, yes. All these young people feel nothing is ever happening so of course they’re going to get frustrated. I totally understand because nobody would listen and they see their future being totally destroyed.”

He said he understood why groups like Extinction Rebellion were taking their protests to the streets.

But he added: “But it isn’t helpful, I don’t think, to do it in a way that alienates people. So I totally understand the frustration, the difficulty is how do you direct that frustration in a way that is more constructive rather than destructive.”

Asked if the UK government was doing enough to combat the climate emergency, the prince replied: “I couldn’t possibly comment.”

But he added many business executives still do not give environmental issues the priority they deserve.

He said the Glasgow climate conference was “a last chance saloon” and said it would be “a disaster” if the world did not come together to tackle the climate crisis.

“I mean it’ll be catastrophic. It is already beginning to be catastrophic because nothing in nature can survive the stress that is created by these extremes of weather,” he said.

He argued that one of the keys to the crisis was making environmentally friendly options cheaper for everyone.

“We still have fossil fuel subsidies, why?” he asked.

He said it was “crazy” there were still subsidies for what he calls “insane agro-industrial approaches to farming which are a disaster in many ways, cause huge damage and contribute enormously to emissions”.

He said there were similar “perverse” subsidies for the fishing industry, which he said caused “mammoth damage” through trawling.

Charles is due to attend a series of events at Cop26, alongside the Queen, the Duchess of Cornwall, and the Duke and Duchess of Cambridge.