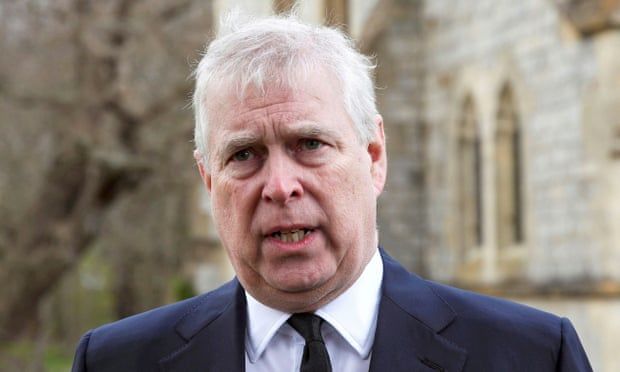 Prince Andrew took out a £1.5m personal loan that was subsequently paid off by companies connected to David Rowland, a multimillionaire Conservative donor and financier, it has been claimed.

Bloomberg News reported on Tuesday that the Duke of York took out the loan with the Luxembourg-based private bank Banque Havilland in December 2017, and it was paid off 11 days later by companies associated with Rowland, the bank’s founder.

Bloomberg claimed it had seen documents confirming that the transactions had taken place, with the money being wired to Andrew’s London account via an account held by Albany Reserves Ltd, of which Rowland is a director.

The loan – which reportedly had already been repeatedly extended, most recently by £250,000 – was allowed on the basis that it could open up “further business potential with the royal family,” the report alleged.

Rowland and the duke have had a close relationship for some years. He was the guest of honour at the official opening of Banque Havilland, which was created out of the Luxembourg arm of the collapsed lender Kaupthing in the wake of the global financial crisis.

It was previously reported by the Mail on Sunday that Rowland helped pay off debts incurred by the duke’s ex-wife, Sarah Ferguson. At the time, the duchess’ spokesperson said the deal was above board.

Rowland was announced as the treasurer of the Conservative party in 2010, but withdrew before taking up the role after stories emerged suggesting he had previously been a tax exile in Guernsey.

A property magnate and banker, Rowland has donated more than £6m to the Conservatives over recent years.

A spokesperson for the Duke of York said: “We don’t intend to comment on the veracity or otherwise of the string of assertions you have put to us, other than to state that the duke is entitled to a degree of privacy in conducting his entirely legitimate personal financial affairs, on which all appropriate accounting measures are undertaken and all taxes duly paid.”

A spokesperson for Banque Havilland said: “Due to relevant laws and regulations the bank cannot comment on alleged clients or transactions. Like all financial institutions, we are subject to routine inspections and audits and provide all necessary disclosures. Compliance with legal and regulatory requirements are the foremost priority of the bank. Any inference of wrongdoing is categorically denied.”

The Conservative party declined to comment. Rowland did not respond to emails and text messages from Bloomberg inquiring about the terms of the transfer.

The story has thrown the spotlight on the finances of the Queen’s second son, who is already facing allegations of sexual abuse, which he has consistently denied.

Andrew was previously a government trade envoy but stepped down in 2011 amid questions about his friendship with the late financier and convicted sex offender Jeffrey Epstein.

Virginia Giuffre is suing Andrew in the US, accusing him of sexually abusing her when she was under 18, including at two homes belonging to Epstein. It has been reported that the Queen is funding Andrew’s defence.

The Metropolitan police announced last month that they would take no further action over Guiffre’s claims, after reviewing documents related to the case.

The duke broke his silence about these and other allegations in a widely watched BBC interview in 2019 in which he sought to discredit Guiffre’s story. He subsequently stepped down from all public engagements after a public backlash to his TV testimony.

Ghislaine Maxwell, a close friend of the duke whom he invited to Buckingham Palace, is on trial in New York charged with sex crimes, conspiracy and perjury related to Epstein’s activities.

The duke is believed to receive £250,000 annually from his mother, the Queen, as well as a navy pension. Questions have been raised about his finances for some years, as he appears to live a luxury lifestyle.