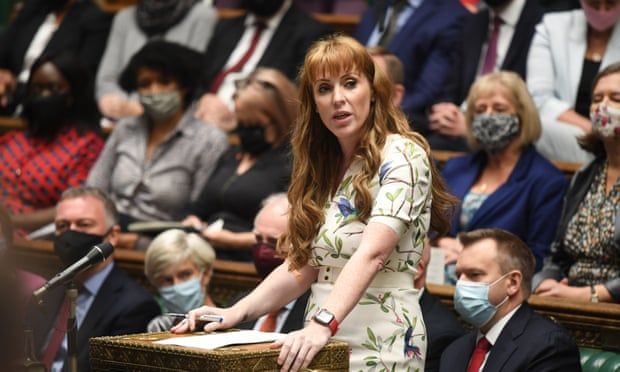 Parliament’s recent sex-related scandals are just the latest in a tradition of misogyny. Why do women have to put up with it?

The writer Sonia Purnell was sitting in a TV studio, just about to go on air, when the Conservative politician beside her leaned in close.

And then, she says, he whispered in her ear a shockingly graphic slur about her sex life. It was meant, she believes, to embarrass and befuddle her just as the cameras rolled; as the author of a highly critical biography of Boris Johnson, she isn’t popular with his supporters. “I wasn’t confident enough to just say ‘this man just said THIS in my ear!’ And yes, of course, afterwards I was a bit flustered,” she remembers.

What Purnell describes is an aggressively sexualised form of undermining that many women in politics have experienced down the years. For some it was male MPs mouthing obscenities across the chamber when they rose to speak – Labour women newly elected alongside Tony Blair in 1997 were greeted by Tory MPs shouting “melons!” and making breast-juggling gestures, while Labour’s Lisa Nandy has recalled an MP shouting “knickers!” when she went to sit down in a skirt – and for others, garish smears about their sex lives being spread behind their back. For some, it was a grope or grab.

For Angela Rayner, the deputy Labour leader, last week it was anonymous Tory MPs telling the Mail on Sunday that she liked to distract Boris Johnson by flashing her legs at him. But all are forms of sexual shaming, making it clear that no woman is so powerful she can’t instantly be reduced to meat. And it’s the long pent-up fury created by such treatment that finally bubbled over at Tuesday night’s meeting between chief whip Chris Heaton-Harris and the 2022, a new Tory grouping set up by the former women’s minister Maria Miller. 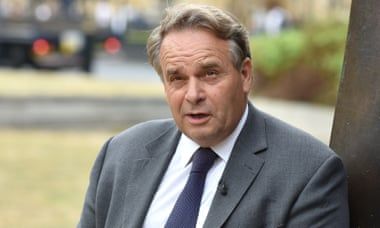 “The MP who complained, who is no shrinking violet, hadn’t reported it until that moment – I think she was concerned about the pushback from colleagues,” says one of those present. “But that’s why at these meetings the frustration bubbles over so quickly, because people haven’t voiced these things.”

Once the story became public, the international trade secretary Anne-Marie Trevelyan revealed that another ex-MP had pinned her against the wall and insisted she must want him because, he said: “I am a powerful man.” A Labour MP disclosed that an unnamed shadow cabinet minister once told her that women wanted to be her friend and “men want to sleep with you”, although in cruder terms.

Caroline Nokes, chair of the women and equalities select committee, said she had experienced “touching, staring, bullying” and been cold-shouldered for speaking up. Secrets withheld even during Westminster’s post-#MeToo outpouring of sexual harassment claims five years ago are tumbling out, amid concerns that reforms introduced following those scandals haven’t lived up to promises.

While at least 56 MPs have been reported to the new Independent Complaints and Grievance Scheme (ICGS), users say it’s slow and bureaucratic. Although the Conservative whip was removed from the MP Rob Roberts for making repeated and unwanted sexual advances to a male staffer and from David Warburton after allegations of sexual harassment (which Warburton denies), both still sit in parliament. There is irritation with what some see as a “blokey” culture in government that sidelines women, and deeper cross-party frustration that little seems to have changed despite years of painful revelations. The veteran Labour MP Margaret Hodge tweeted that after 50 years of campaigning for equality in public life, “demoralised doesn’t even begin to cover how I feel”.

Parliament isn’t quite the rowdy boys’ club it was when I started out as a lobby reporter in 1997. Women political journalists were still a novelty then in a male-dominated world, routinely accused of flirting to get stories. (One afternoon as I hovered in the members’ lobby, where reporters linger to chat privately with MPs, someone asked if I was enjoying “plying my trade on the Reeperbahn”, which is Hamburg’s red light district). The irony is that it was female MPs and advisers, often patronised and briefed against by their own sides, who regularly proved the best sources; at least they took us seriously, and didn’t fondle knees under the table. I still remember a farcical lunch with a senior Labour man, where I kept shuffling my chair out of reach as he shuffled his towards me. At one point he leered: “What do you do that’s dangerous?”, to which I regret not saying, “have lunch with men like you”. The journalist Charlotte Edwardes has accused Boris Johnson himself of squeezing her thigh at lunch when he was editor of the Spectator in the 1990s, something Downing Street has denied. 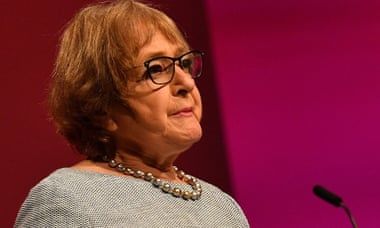 Labour MP Margaret Hodge has campaigned for 50 years for equality in public life.

There were darker moments. One woman I knew had to physically fight off the Labour MP who shared her taxi home one night. A Tory wife explained matter-of-factly how she’d learned which bottom-pinching members of her husband’s constituency association to avoid being trapped by. More disturbing was an after-work drink with a Whitehall source who made me uncomfortable for reasons I couldn’t articulate. I cut the evening short. He was later arrested on suspicion of rape.

Then, as now, it was junior interns and researchers – women, and young men subject to unwanted advances by MPs – who suffered most, powerless to challenge men on whom their futures in politics depended. But for many of us, to complain seemed embarrassing, career-destroying, and almost as pointless as complaining about the weather, since it was everywhere. What I saw in parliament seemed little different to what happened in newspaper offices, or to friends in the City, or even at university in the 1990s where drunken rugby boys would whip their tackle out in the college bar at night. It was almost what we were conditioned to expect. 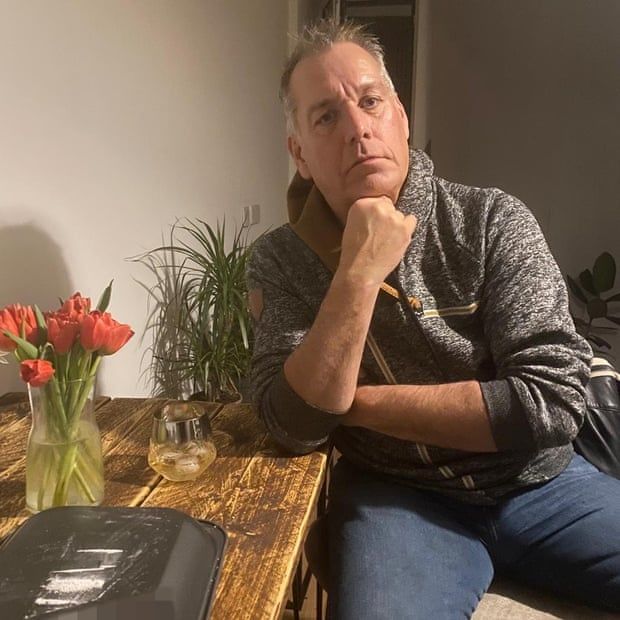 MP David Warburton, who has had the Tory whip removed after allegations of sexual harassment and cocaine use, which he denies.

Those expectations were thankfully changing by 2017, when the #MeToo movement against sexual harassment reached Westminster. Theresa May, by then PM, was publicly committed to bringing women into public life and took a firm line. Defence secretary Michael Fallon was forced out after the journalist Jane Merrick said he’d tried to kiss her. Damian Green, one of May’s oldest friends in cabinet, resigned after an inquiry – triggered by the Tory activist Kate Maltby accusing him of inappropriate advances – found he had misled newspapers about a previous occasion when porn was found on his work computer. A spreadsheet of supposedly “handsy” politicians compiled by junior Westminster women was leaked, and senior ones – including then leader of the Commons Andrea Leadsom, Labour’s Jess Phillips and Maria Miller – fought to support the victims and establish what would become the ICGS.

But even then, not all complaints were taken seriously. One Tory MP went straight to the whips after being told that one of her male staff was sexually harassing other women, and had allegedly been “rubbing his genitalia on my telephone when I wasn’t in the office”. Although she sacked him, she says now, the evidence she handed over was ignored. “He was re-employed by another Conservative MP, up the corridor, literally 50 yards away from my office.”

If Westminster has a problem with women, it’s hardly alone. Last week saw a fresh scandal in the music industry, with the former Radio 1 DJ Tim Westwood facing seven separate allegations (which he denies) of sexual misconduct. Two months ago a report found police officers based at Charing Cross police station in London had joked about rape and beating their wives. More than a quarter of Britons were sexually harassed at work in the previous year, according to a 2020 Government Equalities Office survey. For all last week’s debate over what makes Westminster unlike other workplaces, from late-night boozing in its bars to the lack of an HR department, perhaps equally striking are the ways in which it’s similar. 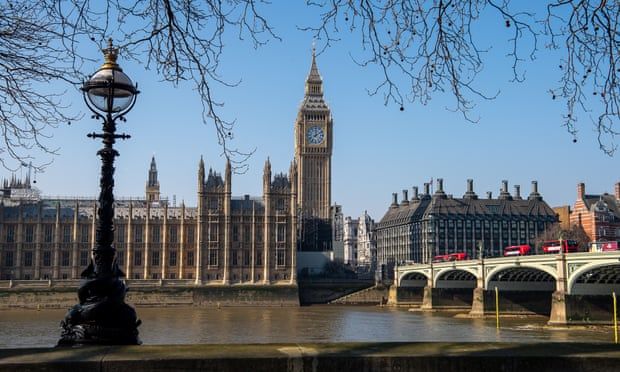 The #MeToo movement against sexual harassment reached Westminster in 2017, but many are frustrated at the pace of change.

One former Tory MP thinks things started sliding backwards during the parliamentary battle over Brexit, which saw bitter party infighting and a more rightwing, proudly “anti-woke” faction of MPs in the ascendancy. “The party was very split, and the kind of one-nation Conservatives were fair game for all sorts of misogyny. It was all very blokey, and there was kind of a Praetorian Guard in the WhatsApp groups that felt very able to criticise and put down women who were making perfectly valid comments or raising concerns, making derogatory and false comments about women and leaking them to the press.”

Some also wonder whether the perception that ministers no longer have to resign for breaching the ministerial code, or the Partygate scandal, have emboldened rogues. “Johnson creates a culture in which it’s felt that whatever you do there aren’t really any consequences, so I think that makes people do things they might not have tried before,” says Sonia Purnell.

A former minister argues, however, that the real problem is that cultures only change when that’s continuously driven from the top, and lately that has slipped down the agenda. “It’s not that [Johnson] wouldn’t care about it – it would just never be a priority.” If so, MPs across all parties now plan to make it one. “Women in politics are not victims,” the Labour frontbencher Alison McGovern tweeted. “Change will happen.” And not before time.