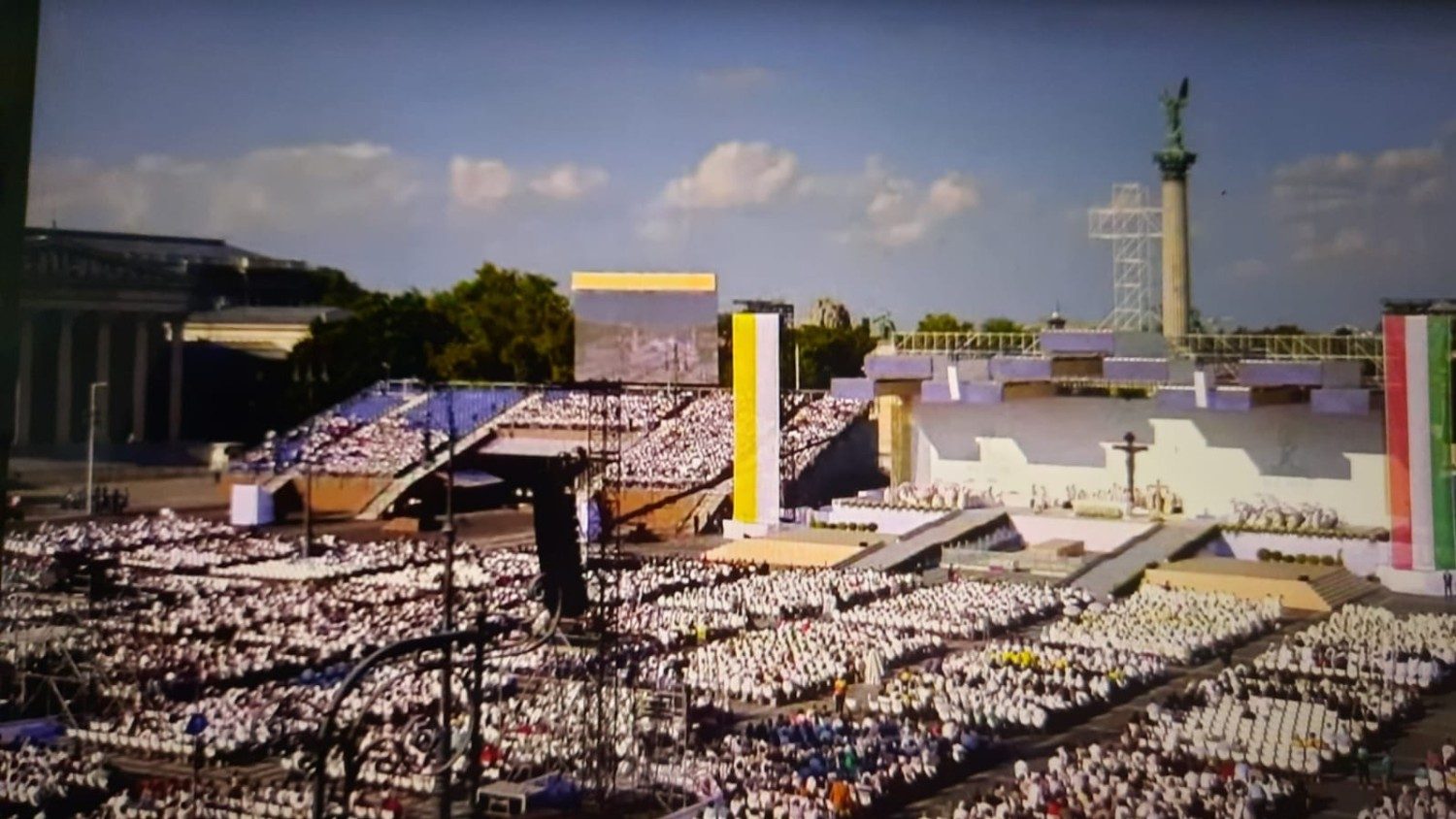 Pope in Budapest: We are very happy to have Francis among us

As Pope Francis prepares to celebrate the Statio Orbis or Closing Mass of the International Eucharistic Congress on Sunday in Budapest, Jesuit Fr Horvàth Arpàd says he hopes the Pope will reaffirm people in the faith.

Over the past week, participants at the 52nd International Eucharistic Congress have been immersing themselves in prayer meetings, catechesis, testimonies, seminars, Masses and cultural events in the city of Budapest.

On Sunday, Pope Francis is due to close the Congress, presiding over Holy Mass in the capital’s Heroes’ Square.

One of those who has been taking part over this past week is Fr Horvàth Arpàd, SJ. Speaking to Vatican Radio, he explained that, as Rector of a local Church in Budapest, he had been helping to prepare children to celebrate their First Holy Communion at the Opening Mass of the Congress. However, due to the third wave of the pandemic in Hungary, the event was delayed by a year, which meant they had to prepare a new group of children to receive the Sacrament at the event.

“There were no religious courses during the pandemic, so this summer we had to organise a kind of camp for these children,” he said.

Having attended the Opening Mass of the Eucharistic Congress with the children, Fr Arpàd is again looking forward to walking on foot with members of his church to participate at the Statio Orbis or Closing Mass which will be presided over by Pope Francis on Sunday.

In 1938, just before the outbreak of World War II, Budapest played host to the first ever Eucharist Congress in the city, which Fr Arpàd comments “was a huge success”. He went on to say that the older people in the city “still remember it.” Over eighty years on from that gathering, “we are again very happy to have this huge event here, and we are very happy to have Francis among us because it is not always that the Pope would come to the Eucharistic Congress,” he said.

The Jesuit Priest added that when Pope Francis visited Romania two years ago, many people travelled there to see him and participate at a Mass celebrated in the Hungarian language.

Asked what it means to him as a fellow Jesuit to have the Pope visit Budapest, Fr Arpàd said it is special because the Jesuit community has a long history in the country. He also pointed out that the Catholic University in Budapest was founded by the Jesuit order after the Ottoman occupation in the Middle Ages.

Our source is our faith

The theme of this 52nd Eucharistic Congress is “All My Springs are in You” which comes from Psalm 87. With this in mind, Fr Arpàd said he is hoping that Pope Francis’ message will be that “the Source we have in our everyday life is our faith, and I think what is important is that he may help us to look at what is really essential in our lives.”