The gunman is still at large

Police have surrounded a van in their hunt for the suspect who killed ten people in a mass shooting in California.

Five women and five men were killed and another 10 injured in the attack.

LA County Sheriff said 30 minutes after the shooting at the Star Ballroom Dance Studio, a gunman entered Lai Lai Ballroom in nearby Alhambra but fled. The events are now being treated as connected.

Officers released an image of a suspect, wearing glasses and a winter hat. Police described him as an Asian man between the ages of 30 and 50. 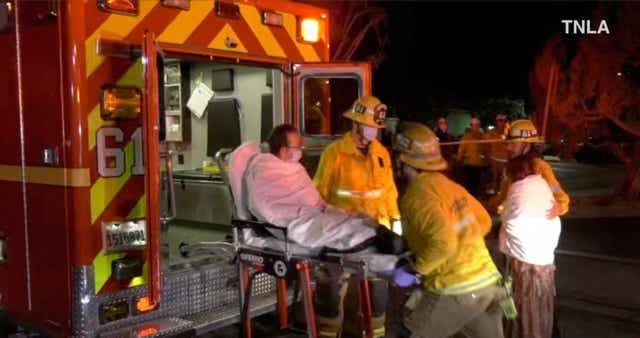 By midday local time (8pm GMT), police in tactical vehicles and bomb-squad trucks surrounded a white van in a parking lot in Torrance, California, some 20 miles away.

Authorities had earlier said they were looking for a white van based on witnesses’ descriptions.

"We believe there is a person inside of that vehicle,” Sheriff Luna told reporters.

“We don’t know their condition, but we’re going to handle that in safest manner that we possibly can and try and identify that person. Could it be our suspect? Possibly,"

In response to a question, Luna said it was possible that the person barricaded in the van is dead.

Members of a SWAT team entered the van a short time later and looked through its contents before walking away. It was unclear what they found.

Authorities said Sunday they know the suspect’s name but declined to release it, saying it could complicate their ability to apprehend him. 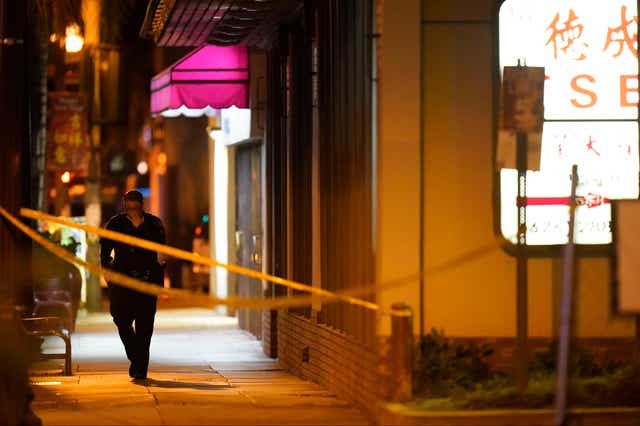 Police previously said people were “pouring out of the location screaming” when officers arrived at the Monterey Park ballroom around 10:30 pm Saturday.

Officers then went into the ballroom and found victims as firefighters treated the wounded.

Monterey Park is a city of about 60,000 people with a large Asian population about 10 miles (16 kilometers) from downtown Los Angeles. 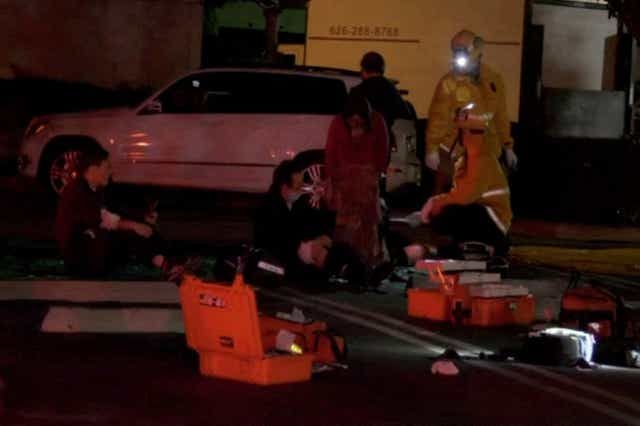 The tragedy marked the fifth mass shooting in the US this month and the deadliest since 21 people were killed in a school in Uvalde, Texas.

The latest violence comes two months after five people were killed at a Colorado Springs nightclub.

Seung Won Choi, who owns the Clam House seafood barbecue restaurant across the street from where the shooting happened, told The Los Angeles Times that three people rushed into his business and told him to lock the door.

The people said to Choi that there was a shooter with a gun who had multiple rounds of ammunition on him.

Wong Wei, who lives nearby, told The Los Angeles Times that his friend was in a bathroom at the dance club that night when the shooting started.

When she came out, he said, she saw a gunman and three bodies.

The celebration in Monterey Park is one of the largest Lunar New Year events in Southern California.