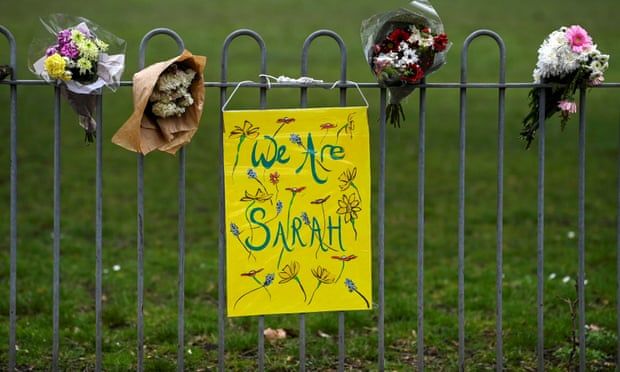 Police must be tougher in vetting new officers to stop another Wayne Couzens joining the service, the chief police watchdog has said.

Sir Tom Winsor, the chief inspector of constabulary, spoke after a year in which policing suffered a string of crises, the worst of which saw Couzens, then a serving Metropolitan police officer, rape and murder Sarah Everard, 33, after kidnapping her in a London street.

Launching his annual state of policing report, Winsor warned that vetting needed to be improved and said such a case could occur in any force.

Winsors aid police forces were not doing all they could to ensure the integrity of new recruits. This was crucial, said Winsor, as they seek to hire 50,000 new officers within three years to boost numbers after years of cuts.

Winsor also called on the government to step up sanctions, including jail terms, against tech company bosses over abuses on social media such as sexual exploitation of children and racist abuse. He said the threat of jail would pressure them to clean up: “I was a partner in a US law firm … and I can tell you senior executives really care if they could be standing in the dock of a criminal court.”

He said “a chief exec and other senior officers” should face jail for the “most egregious” cases and for “wilful neglect and negligence”.

Couzens was last week sacked by the Metropolitan police in a fast-track procedure after admitting Everard’s murder. He will be sentenced in September.

Asked if policing was doing all it reasonably could to stop another Couzens, Winsor said: “No, they are not doing all they could.”

Winsor, head of Her Majesty’s Inspectorate of Constabulary, Fire and Rescue Services (HMICFRS), said the attitudes, inclinations and motives of new recruits need to be assessed, and that vetting was of “enormous importance”.

Organised crime gangs were inserting “cleanskins” – their own people, with no criminal records – into forces to lay dormant until they get access to crucial information, Winsor warned.

Winsor said police units hunting for corrupt officers and those who may abuse the enormous powers officers have needed to be beefed up: “The tendency of some police chiefs is of course to put their best detectives on rape and homicide squads and not properly to resource with some of the best detectives in [professional standards]. That is of enormous importance as well, because police corruption, particularly abuse of power for sexual advantage, is the worst form of police corruption.”

Winsor added: “Whilst the Wayne Couzens case is of particular severity and dreadfulness, this sort of thing could happen anywhere. Therefore the intensification of attention which the police need to give to ensuring that the people that they have in their forces … needs to be of the best kind.”

The series of setbacks for policing’s reputation also saw the Met labelled institutionally corrupt by the official report from a government-ordered panel into the death of Daniel Morgan. He was murdered in 1987 in south London with no one brought to justice and those responsible in part shielded by corruption.

Panel chair Lady Nuala O’Loan told the London Assembly the Met’s vetting was still failing, saying: “We have not seen any evidence to suggest that [police] vetting is effective and adequate.”

It was so bad, said O’Loan, that one officer the Met sent to help the inquiry panel in its sensitive work turned out not to have been vetted and the panel had to insist he was.

O’Loan criticised the Met’s response to the Morgan report last month, which saw its leadership dismiss the findings: “The statements made on behalf of the Met have continued to lack candour, even after the publication of our report when they referred specifically only to the failings in the first investigation.”

Met commissioner Cressida Dick continued her denial of the panel’s findings and said: “In terms of institutional corruption, that’s not the Met I see today. I don’t accept that’s the Met I know, and I find bordering on offensive I suppose, the suggestion that we keep things quiet to protect our reputation currently.”

Dick said she could not answer a series of questions the elected representatives of the London Assembly wanted answered, because the Met was drawing up detailed responses to the findings of the official report.
Add Comment