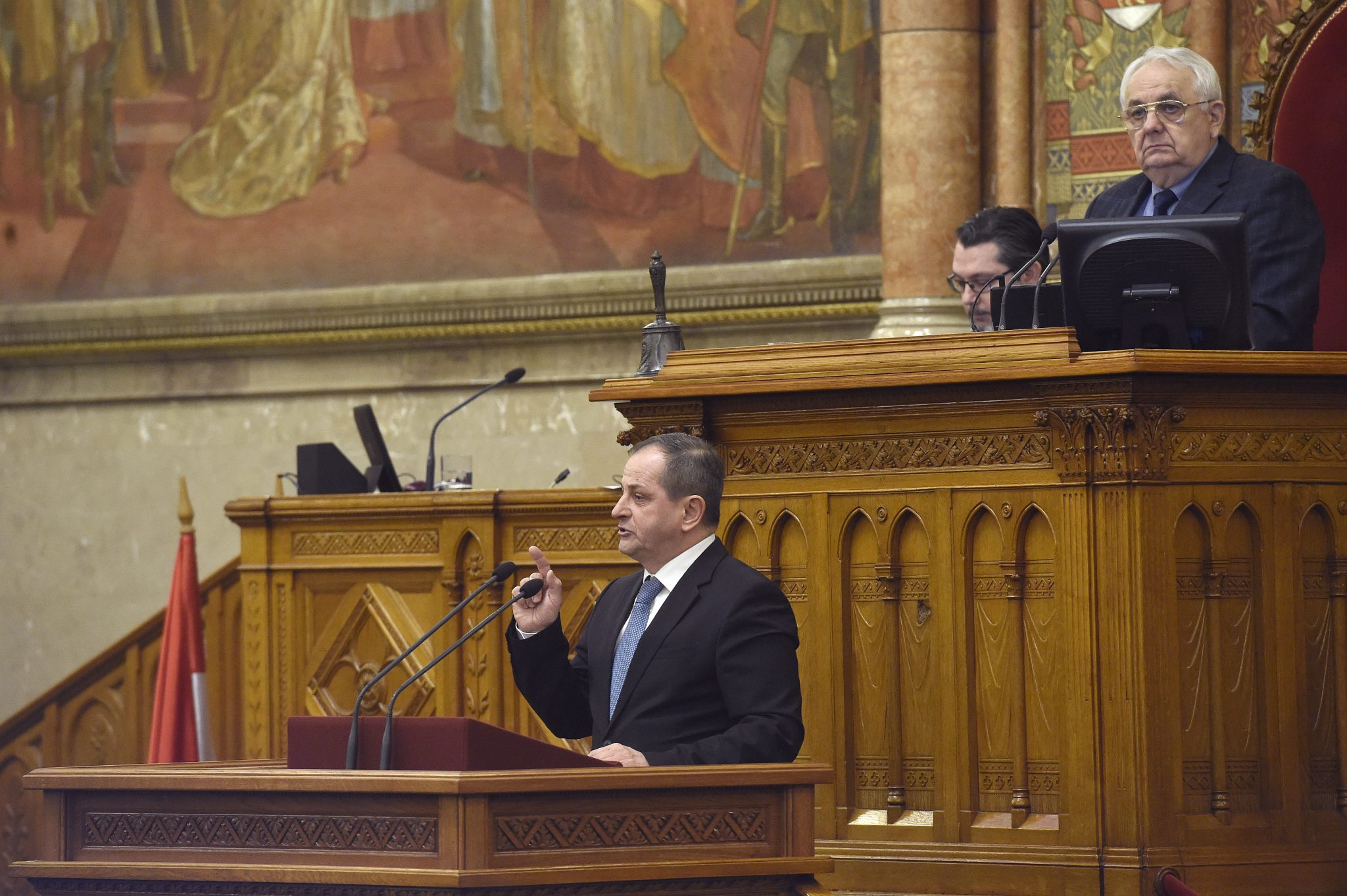 Soon after a Fidesz lawmaker pressed charges, the National Bureau of Investigation (NNI) ordered an investigation to be launched into one of the side cases linked to that of the sale of Budapest’s City Hall. Gyula Budai thinks racketeering was involved in the deal, but the Budapest Municipality insists was transparent and lawful on their end.

Fidesz MP Gyula Budai said he pressed charges for racketeering after a secretly recorded audio was made public on which two men were talking about acquiring a plot of land in the 22nd (Budafok) district. Although it is thought that Gyula Gansperger (a former, important official of the first Orbán administration who can also be linked to former left-liberal PM Gordon Bajnai) speaks on the recording, according to public documents, the land was bought by Grébics Real Estate Ltd. for a gross price of HUF 101 million (EUR 278,000).

Grébics Real Estate Ltd., the buyer of the property that belongs to Gergő István Szabó, a businessman who can also be linked to ruling Fidesz circles (as Szabó had been dealing with Fidesz-ally businessman and leader of the government-linked Mathias Corvinus Collegium, András Tombor).

Budai’s charges also specifically mention Zsolt Berki, who he thinks has played an important role in the sale. Berki is the owner of Northern Rock, a company, which according to an alleged contract previously leaked, entrusted a well-known real estate agency with the sale of City Hall.

As a matter of fact, this property deal is one of the side stories in the sale of City Hall, in which the opposition leadership of Budapest was accused of their intention to sell the Municipality building after some shady recordings were published by unknown persons. Mayor Karácsony denied any such claims, pointing out that a sale was only one of the many options which they had taken off the table long ago.

According to Budai, based on the recordings and press information, there is a “well-founded suspicion” that unknown perpetrators influenced an official when they went to the building of the Budapest Capital City Property Management Center (BVFK) and agreed with an administrator working there to help win a tender, and for this help they also asked for an advance of HUF 2 million (EUR 5,500).

Back when the recording was published, a statement from City Hall pointed out that the deal was made lawfully and transparently (although it had been sold for more than it had originally been estimated by the local government), and in accordance with the district’s Fidesz-led local government. Furthermore, according to the statement, the selling procedure was initiated under former (and Fidesz-backed) mayor, István Tarlós.

In the latest development, pro-government outlets published a photo depicting former left-liberal PM Gordon Bajnai and Gansperger, probably in a bid to prove that the two were still in contact and are cooperating. Similarly to Bajnai, Gansperger also worked at Wallis, and he replaced Bajnai as CEO. During the first Orbán-led government, he led the Hungarian Privatization and State Holding Company (ÁPV Rt).

Meanwhile, Volner party leader János Volner, who has lately been cooperating with the ruling forces in a number of cases, has also pressed charges for corruption in the City Hall case.
Add Comment