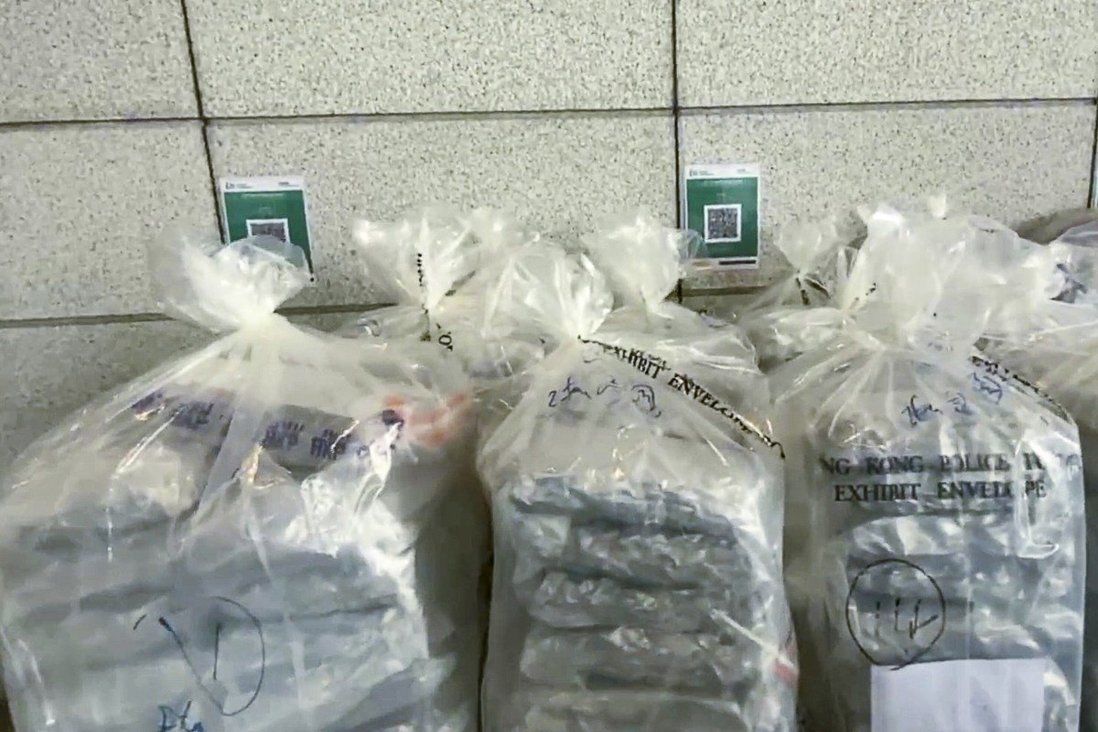 The haul, believed to be meant for local consumption, was smuggled into city from North America mislabelled as cereal.

Hong Kong police have arrested a suspected drug trafficker and seized HK$35 million (US$4.5 million) worth of cannabis buds smuggled into the city from North America disguised as cereal.

The 168kg haul was discovered when officers raided a mini storage centre in a Hok Yuen Street industrial building in Hung Hom on Wednesday night.

Chief Inspector Ip Sau-lan, of the force’s narcotics bureau, said the drugs were hidden in 145 boxes of cereal and every box contained two vacuum-sealed bags – each carrying 580 grams of cannabis buds.

At the storage centre, officers arrested a 43-year-old man – an American passport holder – on suspicion of drug trafficking, an offence that carries a maximum penalty of life imprisonment and a HK$5 million fine.

Ip said an investigation showed the consignment, which arrived from North America, was for local consumption.

“The police operation prevented this haul of cannabis from being circulated in the city,” she said.

Officers said the man was likely to be charged with trafficking in a dangerous drug and would appear in Kowloon City Court on Saturday.

It was the second major seizure of cannabis this month. On February 1, police seized more than HK$1.7 million worth of cannabis and arrested four suspected members of a drug-trafficking syndicate that employed a fleet of cars to deliver marijuana across the city.

Police said this gang took advantage of pandemic-related restrictions that barred the operation of pubs and party rooms, and set up a fleet of vehicles to deliver drugs directly to people’s homes.