At a time when the attention of the European Union is focused on preventing Russia from conquering Ukraine, Poland is reigniting a conflict from the past — with the country’s de facto ruler on Thursday calling for Germany to pay 6.2 trillion złoty (€1.3 trillion) in reparations for its 1939-1945 occupation.

“This is our goal,” Jarosław Kaczyński, the head of Poland’s ruling nationalist Law and Justice (PiS) party, said on the 83rd anniversary of Nazi Germany’s invasion of Poland.

“I know that we are embarking on a path that will take a long time and will not be easy. We do not promise quick successes,” Kaczyński said in a press conference to publicize a report prepared by Law and Justice.

Poland was ravaged by Germany’s invasion and occupation, with about 6 million deaths — a fifth of the population (including almost all of its Jewish people). Warsaw was left a smoking ruin. Thursday’s news conference was held in Warsaw’s royal castle, a building destroyed during the war and only rebuilt in the 1970s.

“The Germans invaded Poland and did great damage to us. The occupation was extremely criminal, incredibly cruel and caused effects that in many cases continue to this day,” Kaczyński said.

But Poland’s post-war communist government — a satellite of the USSR — agreed to drop demands for reparations against East Germany in 1953, making it legally complicated for Warsaw to file any claims. Poland also gained large territories from Germany after the war, while losing about a third of pre-war Poland’s lands to the Soviet Union.

“The position of the Federal Government is unchanged, the reparations issue is closed,” said Germany’s foreign ministry. “Poland renounced further reparations a long time ago, in 1953, and has confirmed this renunciation several times. This is an essential basis for today’s European order. Germany stands politically and morally by its responsibility for the Second World War.” 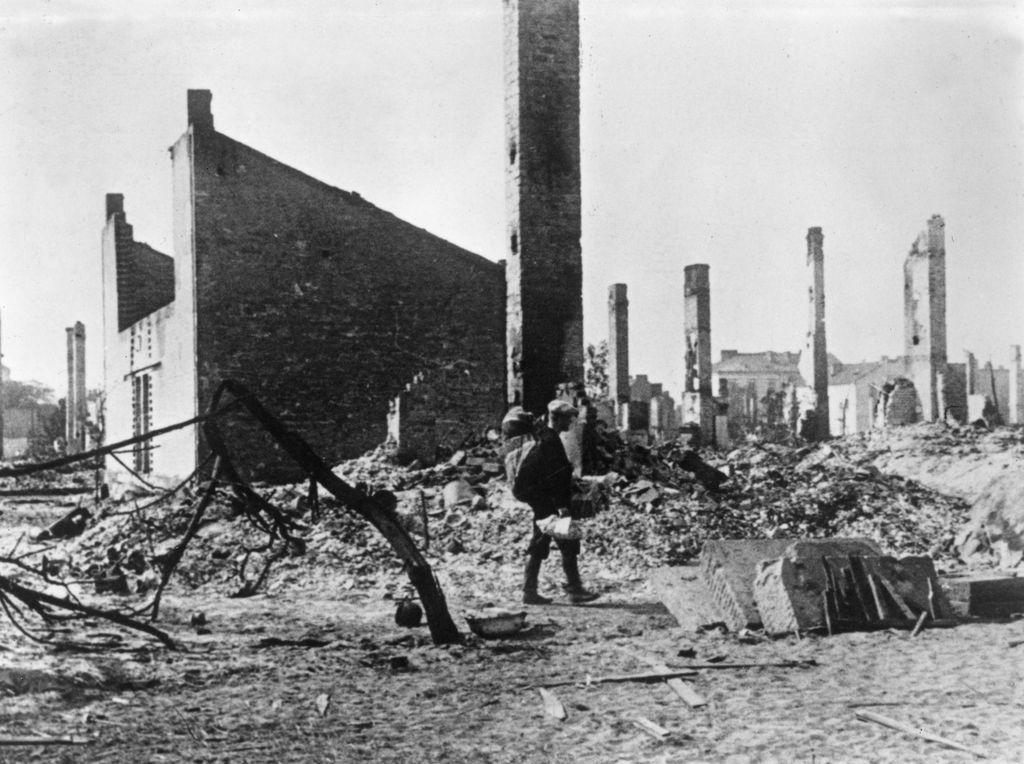 “There is no chance for reparations,” Radosław Sikorski, a member of the European Parliament from the opposition Civic Platform party and a former Polish foreign minister, said in a radio interview, warning that the only impact will be to worsen relations between Warsaw and Berlin. “It’s pure propaganda, a fairy tale for the naïve.”

Donald Tusk, the leader of Civic Platform and a former Polish prime minister and president of the European Council, accused Kaczyński of playing politics with his demand.

“This is not about any reparations from Germany, this is about a political campaign,” he said. “Jarosław Kaczyński is not hiding it, that they want to rebuild support for the ruling party with this anti-German campaign.”

PiS hopes to win an unprecedented third term in power in next year’s parliamentary election. Although the party is still leading in opinion polls, it has been losing ground to the opposition as the country deals with high inflation, slowing economic growth and soaring energy prices.

Kaczyński has long seen Germany as Poland’s historic enemy, despite both countries being in NATO and in the EU, and Germany being by far Poland’s largest trading partner. He’s suspicious that Berlin is using the EU as a cover to “build the Fourth Reich.”

Poland’s relationship with Germany has taken a further battering thanks to Russia’s invasion of Ukraine. Warsaw has been one of the most enthusiastic backers of Kyiv, sending money and weapons to Ukraine, while leading the charge to cut off imports of Russian energy and to block Russian tourists from visiting the Continent. Berlin’s caution in moving rapidly in the same direction has aroused Polish anger.

“We are obliged today to calculate these losses as accurately as possible and present a proper account to those who owe it,” said Prime Minister Mateusz Morawiecki.

Berlin feels that the 1990 deal allowing West and East Germany to unify ended all outstanding issues related to the war, and rejects demands for reparations.

Germany has paid compensation to individual victims of the Holocaust and to people forced to work as slave laborers, but not to other countries; Greece has an outstanding claim estimated at €289 billion, but the German parliament found it does not have legal merit.