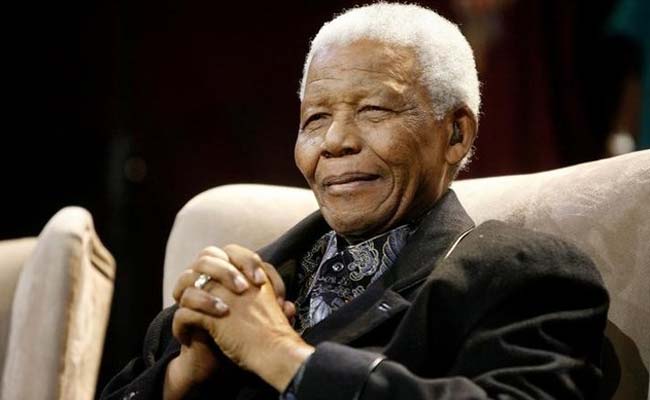 The key to the Robben island prison cell, where Mandela spent 18 of his 27 years in jail, had been slated by US auction house Guernsey's to go under the hammer on January 28.

The planned auction of the key to the prison cell that once held South Africa's first black president and anti-apartheid hero Nelson Mandela has been suspended, the auctioneers said Friday.

The key to the Robben island prison cell, where Mandela spent 18 of his 27 years in jail, had been slated by US auction house Guernsey's to go under the hammer on January 28.

Guernsey's announced on its website that the auction has been postponed until further notice "pending a review" by South African Heritage Resource Agency.

The government agency called for the auction to be stopped "not because they believed anything was stolen but that things left South Africa without necessary permits," Guernsey's president Arlan Ettinger told AFP on phone.

Arts and Culture Minister Nathi Mthethwa, commended the auction house for agreeing to suspend the auction.

In a statement, the ministry said "the key symbolises South Africa's painful history whilst also representing triumph of the human spirit over evil.

"This key is living proof of South Africans' long walk to freedom and belongs to the people of South Africa. It therefore must rightfully be returned to the country".

The key was one of the items to be auctioned, among an assortment including an iconic "Madiba" shirt, eyeglasses and ceremonial pens.

The proceeds were due to be used to build Mandela Memorial Garden in his home village where his remains are buried.

Ettinger said his firm had been contacted by one of Mandela's daughters to auction the paraphernalia, including the key.

Mandela's former prison guard Christo Brand, who struck up an unlikely and enduring friendship with the anti-apartheid icon, had been in possession of the key since the 1980s.

It was broken and he "sent it back to the authorities on the main land, ... but it was returned to him, and he put it in a drawer and it stayed there for 30 years until he was contacted by a museum which was assembling things relating to Mandela," said Ettinger, commending Brand for being "very generous to give up this possession to help build the garden".

The auctioneers explained that they had complied with the government decision.

"I know his is upsetting to the Mandela family, it's upsetting to us, but... they (government) are doing what they think is best, we just disagree with them," he said.

AFP was unable to get any immediate response from the Mandela family.

Mandela was elected as first president of democratic South Africa in May 1994 and served in the role until June 1999.