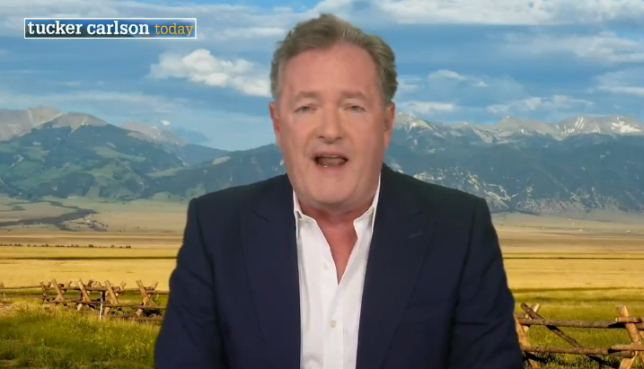 Piers Morgan has claimed he ‘wasn’t allowed to have an opinion’ on Meghan Markle and Prince Harry’s Oprah Winfrey interview.

In his first television appearance since his Good Morning Britain exit last month, the 56-year-old broadcaster told Fox News presenter Tucker Carlson about the lead up to his abrupt departure.

‘I still don’t believe what they were saying,’ Piers said, in a clip of his interview.

‘In particular, I don’t believe what Meghan Markle said. 17 different claims by the pair of them have now been proven to be either completely untrue or massively exaggerated or unprovable.’

Piers continued: ‘I didn’t believe Meghan Markle. A huge furore erupted throughout the day. I was an outrage.

‘I wasn’t allowed to have an opinion that I didn’t believe what she was saying, even though it was clear to me in real-time, as I was watching the interview that there were a number of things which just couldn’t be true.’

ITV announced that Piers had left Good Morning Britain on the evening of March 9, shortly after Ofcom said it had launched an investigation under its harm and offence rules.

Following his departure, Piers doubled down on his remarks. 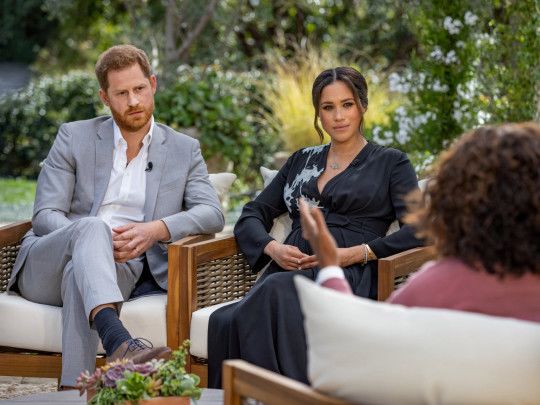 ‘I don’t believe almost anything that comes out of her mouth and I think the damage she’s done to the British monarchy and to the Queen at a time when Prince Philip is lying in hospital is enormous and, frankly, contemptible,’ he told press outside of his London.

‘If I have to fall on my sword for expressing an honestly-held opinion about Meghan Markle and that diatribe of bilge that she came out within that interview, so be it.’

Piers’ first interview was with Tucker on Tucker Carlson Today, an American show that is available to stream on Fox Nation, a subscription video streaming service and spin-off from Fox News.

Teasing the tell-all chat, Piers tweeted: ‘My first TV interview since that rather abrupt departure from @GMB. It’s time America got the actual truth….’