The RAC has described the milestone - based on the cost of filling a 55-litre tank - as a "truly dark day for drivers". Along with the AA, it urged the government to step in, dismissing as "paltry" one measure taken by Chancellor Rishi Sunak three months ago.

The average cost of filling a typical family car with petrol has surpassed £100 for the first time, the RAC has said.

The situation is likely to worsen the cost of living crisis for motorists and for customers, as businesses will at some point look to pass on their rising costs.

"With average prices so high - 182.31p for a litre of unleaded and 188.05p for diesel - there's almost certainly going to be upward inflationary pressure, which is bad news for everybody." 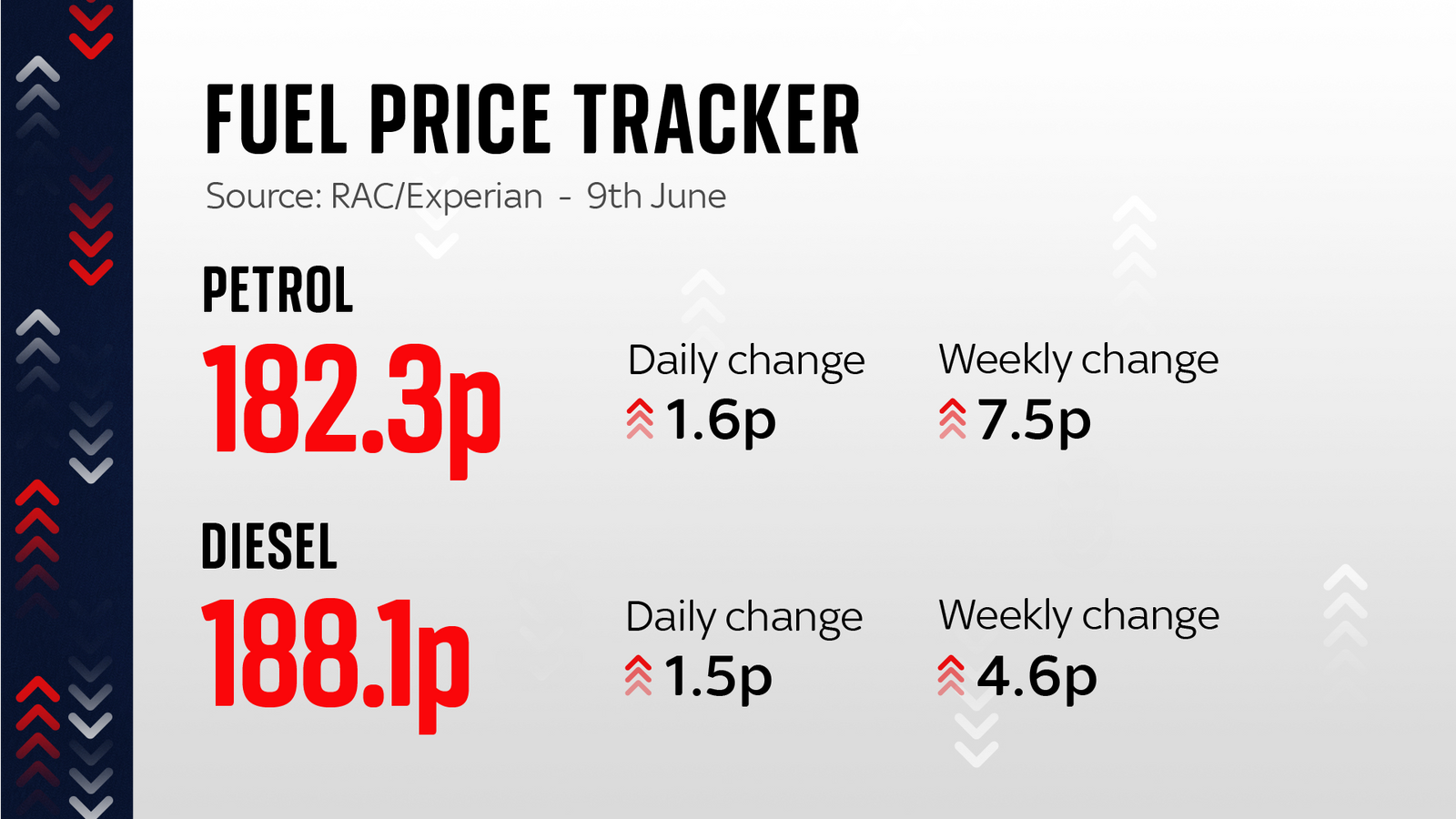 In an effort to shield drivers from rising costs, Chancellor Rishi Sunak cut fuel duty by 5p three months ago, but the RAC said the measure now looks "paltry".

It said wholesale petrol costs had risen by five times that amount since then.

Mr Williams urged the government to cut the duty further or to temporarily reduce VAT.

The AA echoed his calls, urging the government to cut fuel duty by 10p a litre immediately and to introduce a fuel price stabiliser, which would reduce fuel duty when prices increase and increase it when prices fall. 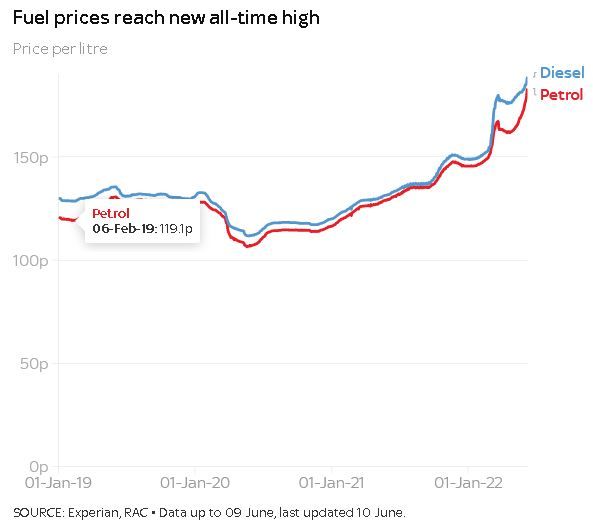 Edmund King, its president, said: "Enough is enough. The government must act urgently to reduce the record fuel prices which are crippling the lives of those on lower incomes, rural areas and businesses."

He added: "A fuel price stabiliser is a fair means for the Treasury to help regulate the pump price but alongside this they need to bring in more fuel price transparency to stop the daily rip-offs at the pumps.

"The £100 tank is not sustainable with the general cost of living crisis so the underlying issues need to be addressed urgently."

Prices at the pumps have risen sharply in recent months, driven by the spiralling cost of oil.

The price of crude oil plummeted during the early days of the pandemic as stay-at-home orders in many countries hit demand.

After major economies reopened, prices gradually rose until February when Russia, one of the major oil producers, invaded Ukraine, forcing Brent crude prices to hit about $130 a barrel.

The concerns about oil supply have coincided with China's massive manufacturing sector returning to business after the easing of pandemic restrictions there - which will increase demand.