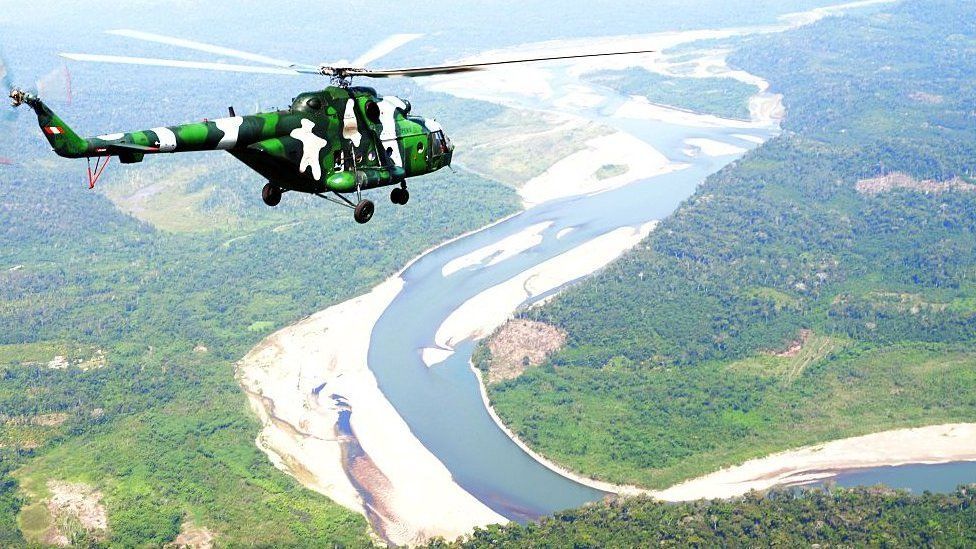 Peru's Shining Path kills 16, including children, ahead of polls

Sixteen people, including at least two children, have been killed in a rebel attack in Peru, the country's defence minister has confirmed.

The far-left Shining Path guerrilla group says it was behind the attack.

It left pamphlets at the scene ordering people not to vote in the upcoming presidential election.

The Maoist rebel group lost much of its power after the arrest of its leader in 1992 but remnants are still active in Peru's coca-producing region.

The government says the Shining Path has since turned into a criminal group engaged in drug trafficking.

A local official said he had been alerted to an attack in the village of San Miguel del Ene on Sunday evening local time.

He said he found bodies strewn across the floor of two bars on opposite banks of a small river. He told local media that the bodies had bullet holes and that some of them, including those of two children, had been burned.

Initial reports spoke of 18 bodies, which was later revised down to 14. But Defence Minister Nuria Esparch said that following the arrival of the security forces at the site on Monday, she could confirm that 16 people had been killed.

Peru's armed forces said that next to the bodies pamphlets signed by the Central Committee of the Militarised Communist Party of Peru - the official name of an offshoot of the Shining Path - had been found warning people not to vote in the upcoming presidential election on 6 June.

The pamphlets also said that the group would "clean" the area of "informants and traitors" and other "parasites".

Who are the Shining Path? 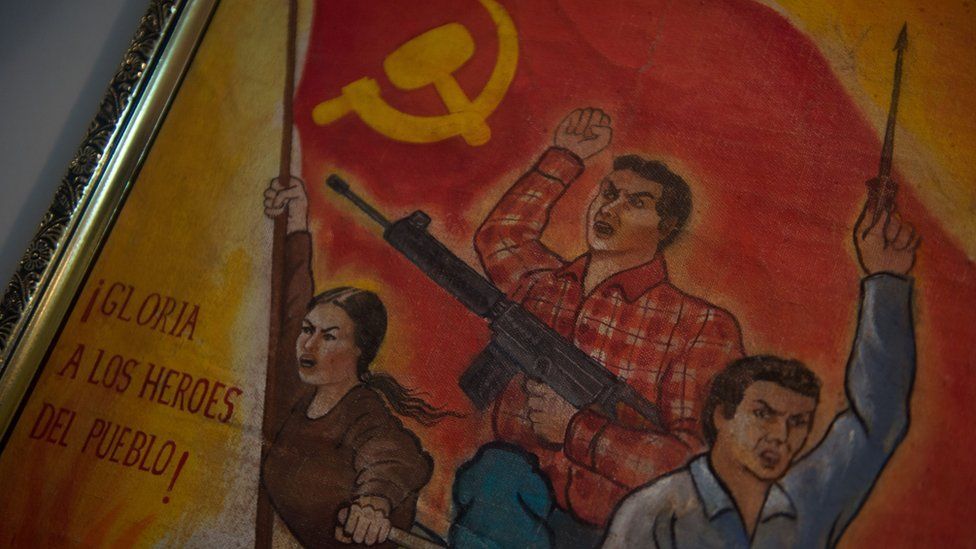 
*  Became a guerrilla group in the 1980s, waging a bloody insurgency against the Peruvian government


*  Almost brought the Peruvian state to its knees in the 1980s with its estimated membership of 10,000


*  Almost 70,000 people died or disappeared in more than a decade of internal conflict


*  Guzmán was arrested in 1992 and sentenced to life in prison


*  His arrest was a heavy blow to the group, whose numbers dwindle to a few hundred in Peru's coca-producing region

What reaction has there been?

Peru's President Francisco Sagasti called the attack a "terrorist act" and said that he had sent the military and police to the area to ensure there would be no impunity.

Mr Sagasti will step down after the run-off in the presidential election on 6 June. The two candidates vying to succeed him also expressed their condolences to the families of the victims.

Pedro Castillo, a trade unionist, who is currently in the lead in opinion polls, said it was a "cowardly" attack on the people.

Keiko Fujimori, who is running for the presidency for a third time, called on Peruvians "not to allow terrorism to stop our electoral process".

The region where the attack happened, the Valley of the Rivers Apurímac, Ene and Matero (VRAEM), is a remote area with little police presence.

It is in this dense, mountainous jungle region that remnants of the Shining Path rebel group have been hiding out after the main group declared defeat in 2011.

Much of Peru's coca - the raw ingredient of cocaine - is produced in the VRAEM and what remains of the Shining Path has teamed up with local drug trafficking gangs to control the trade.

The Shining Path off-shoot active in the area is believed to be led by Victor Quispe Palomino, also known as alias "José".

Alias José's group may be small compared to the Shining Path at its height in the 1980s and 90s, when an estimated 70,000 people were killed in its conflict with the Peruvian state, but this latest attack shows it remains capable of launching deadly attacks on the civilian population.