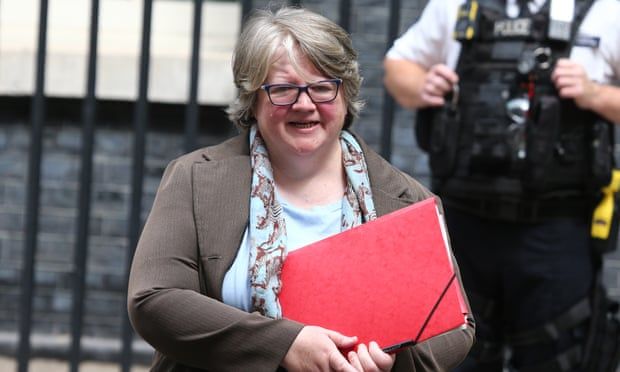 Pensions triple lock to be suspended next year, government says

The work and pensions secretary has announced the triple lock on the state pension will be temporarily suspended next year, to avoid the government having to hike payments by 8%.

Thérèse Coffey told the House of Commons the state pension would increase either by 2.5% or inflation, whichever is higher, in April.

She said that sticking to the triple lock – which promises state pensions will rise by the highest of inflation, earnings or 2.5% – would be unfair, given that wages were increasing at a rate of well over 8% a year.

Coffey said this was “not a real-life basis” for making a decision, given that wage inflation has been artificially boosted by the many thousands of workers coming off the furlough scheme and returning to the payroll, which she called a “statistical anomaly”.

She said the decision was “fair and reasonable” and that the triple lock would be restored after one year, and the government would implement the policy throughout the remainder of the parliament.

The triple lock announcement – breaking an explicit manifesto promise – came on the same day as johnson">Boris Johnson confirmed national insurance contributions would increase by 1.5 percentage points to fund the NHS and social care.

The triple lock was introduced by the Conservative-Liberal Democrat coalition government in 2010.