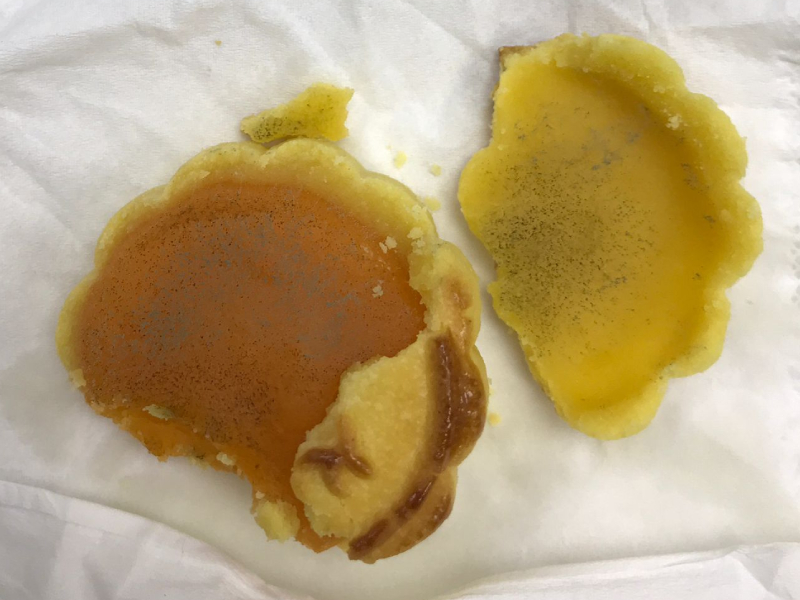 Peninsula Hotel to follow up on moldy Spring Moon mooncakes

Peninsula Hotel said it will follow up on reports of moldy mooncakes sold by its Chinese restaurant Spring Moon.

Spring Moon's egg custard mooncakes have been very popular in Hong Kong, and customers have started picking up the treat before the Mid-Autumn Festival on September 21.

Over the weekend, some customers who bought the egg custard mooncakes from the restaurant inside the five-star Tsim Sha Tsui hotel posted pictures online, saying the mooncakes have turned moldy before the Mid-autumn Festival. Some carried a sour smell, they accused.

Customers flocked to the Peninsula Hotel Facebook page, commenting and uploading photos of the moldy mooncakes.

A netizen said that the mooncake has yet to pass its expiration date, and the outer crust looks normal. But after taking a bite, he could the inside to contain mold.

"Quality like this makes customers lose confidence. How can I eat it?" Another netizen said.

Some also urged the company to respond as soon as possible and offer an explanation to members of the public.

The Peninsula Hotel said it is extremely concerned about the cases and would arrange for customers to have the mooncakes replaced.

It stressed that it attaches great importance to customers' health and product quality.

"We believe that the incidents are just isolated problems and that we are willing to replace the mooncakes for the customers affected," the hotel said.
#facebook
Add Comment