The danger with escalation is that it is hard to pull back. 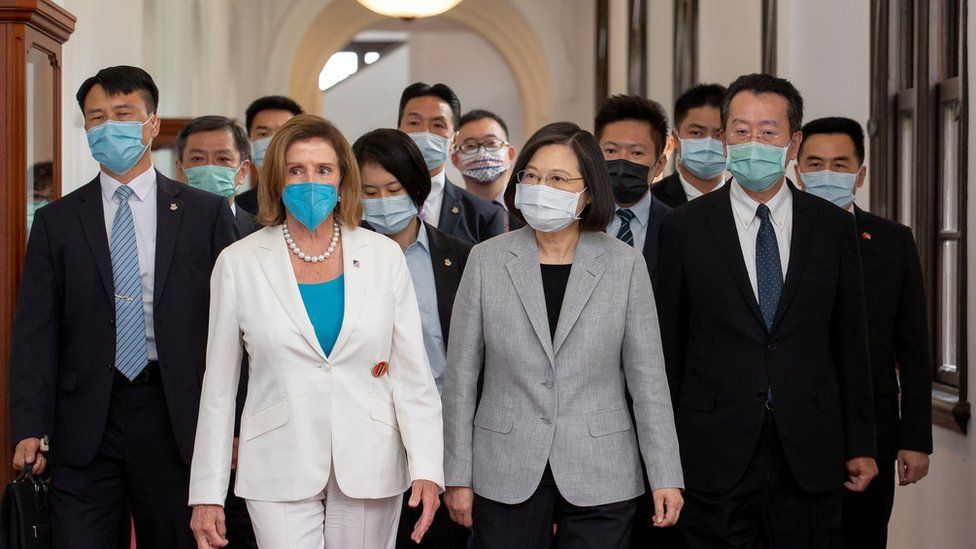 Now that US House Speaker Nancy Pelosi has managed to visit Taiwan - the highest-ranking American official to do so in 25 years - won't others want to do the same in the future?

Now that China has held major live fire exercises of such a scale, so close to Taiwan, why not do that again? Each time Chinese fighter jets fly nearer to the island or in greater numbers, a new standard of "normality" is established. So, if the People's Liberation Army (PLA) doesn't fly as close next time, what message is it sending?

Not so long ago, Beijing's plan with Taiwan involved engagement. Young people from the mainland were backpacking around the breakaway province claimed by China, and businesses from Taiwan were popping up all over China.

However, the approach under Chinese President Xi Jinping has become much more belligerent, with ever more pressure being applied on Taipei.

Those with more militaristic tendencies in the upper echelons of power here must have secretly welcomed the visit by Ms Pelosi. It has provided an ideal excuse to ramp up the war games around Taiwan in preparation for what they see as the inevitable day when it will be seized by force.

The biggest challenge perhaps for regional stability is that everyone's public position on Taiwan is ridiculous. It's like a giant game of pretend which is becoming harder to maintain.

China pretends that Taiwan is currently part of its territory, even though the island collects its own taxes, votes in its own government, issues its own passports and has its own military.

The US pretends it is not treating Taiwan as an independent country, even though it sells it high-tech weapons and, occasionally, a high-ranking politician visits on what looks very much like an official trip.

It's apparent that it would take nothing for this flimsy show, designed to guarantee the status quo, to fall apart.

The danger for the world is that there are those in Beijing who would like to see it fall apart. 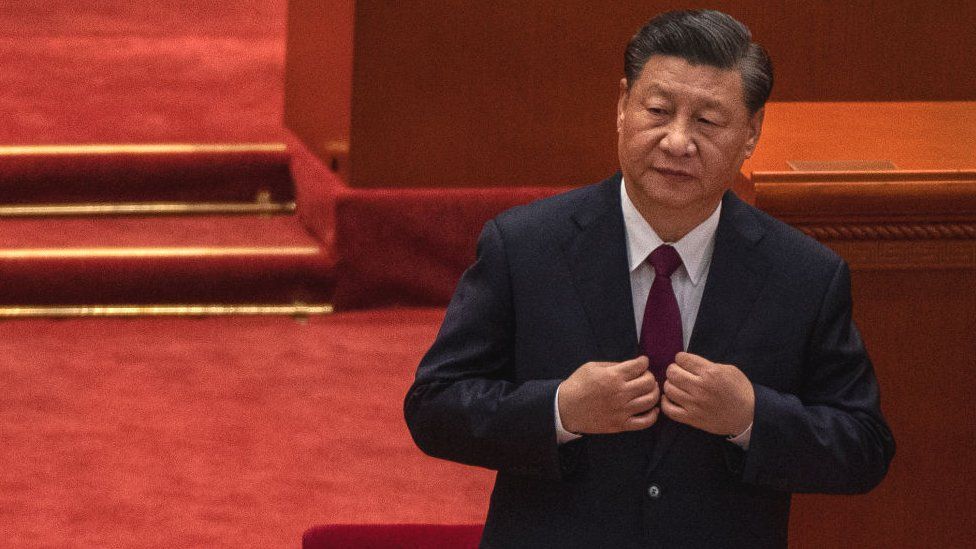 The approach under Xi Jinping has become much more belligerent

For decades, China's Communist Party-controlled media has been churning out similar rhetoric on Taiwan, but the idea of a war to reclaim it never felt any closer.

That's not the case now.

There is a belief among most people you talk to that President Xi wants to take Taiwan during his time in office, thus catapulting himself into an immortal status - as the leader who unified the motherland.

He has already effectively reined in Hong Kong, a city which had become increasingly troublesome for China, well ahead of schedule.

That President Xi will move into a historic third term in office in a few months actually eases the pressure a little.

Now that he can remain in charge for as long as he likes - unlike previous leaders since Mao Zedong who were limited to two terms - he doesn't have to be in a rush to attack the island.

But every day we move a step closer to that and a step further away from peace.

Some of China's propaganda, designed to rev-up popular support for a military solution, displays pre-World War One levels of naivety about what such a war would really entail.

Even with the heavily censored coverage of the Ukraine conflict, seeing that invasion play out would surely have given Chinese people pause when considering involving their own country in bloody conflict.

But nationalism is a powerful tool and delusion can easily take hold.

If Beijing did attack Taiwan, even with the might of the PLA, it would have to mount a large-scale landing across a treacherous strait - and then face a dug-in, committed enemy fighting for a free way of life, seen as much more important than the patriotic justification to attack which has been drummed into the invading army.

Such a war could be long, turn China into a pariah for an extended period of time and kill the Chinese economy. Even if the PLA won, it would lead to the occupation of a huge island populated by millions of people who would likely resent Beijing's authority.

That would be disastrous and smart minds in the Chinese capital know it.