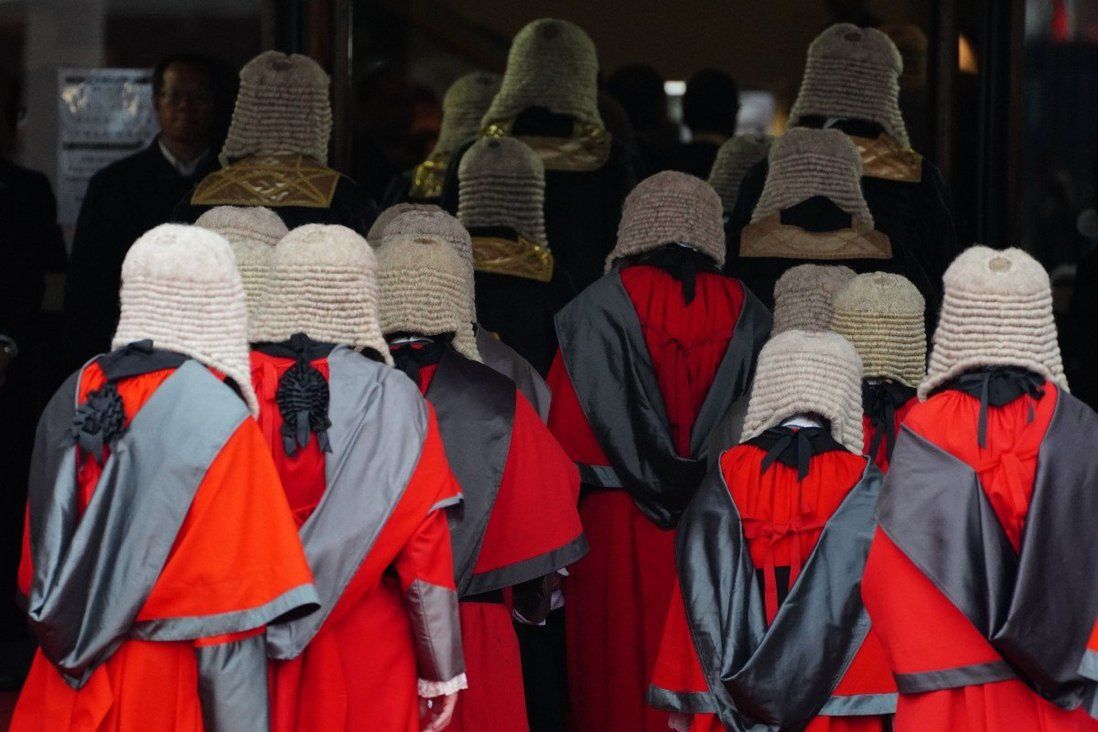 While the Basic Law specifically allows for jurists with foreign nationalities to work in the city, concerns over ‘dual allegiances’ have previously been raised.

Beijing’s announcement of an overhaul to Hong Kong’s electoral and administrative systems has left many questions unanswered, including the space available for foreigners to be in influential positions of leadership and the scope of criticism allowed in the city’s governing structure.

Xia Baolong, director of the State Council’s Hong Kong and Macau Affairs Office (HKMAO), declared on Monday that the city’s administrative, legislative and judicial branches, as well as its more than 260 statutory bodies, must be led by “true patriots”.

The remarks from Beijing’s top official overseeing Hong Kong affairs have raised questions as to how such a litmus test could affect nationality requirements for judges in the city, or if a mechanism might be introduced to screen candidates for the leadership of key statutory bodies. 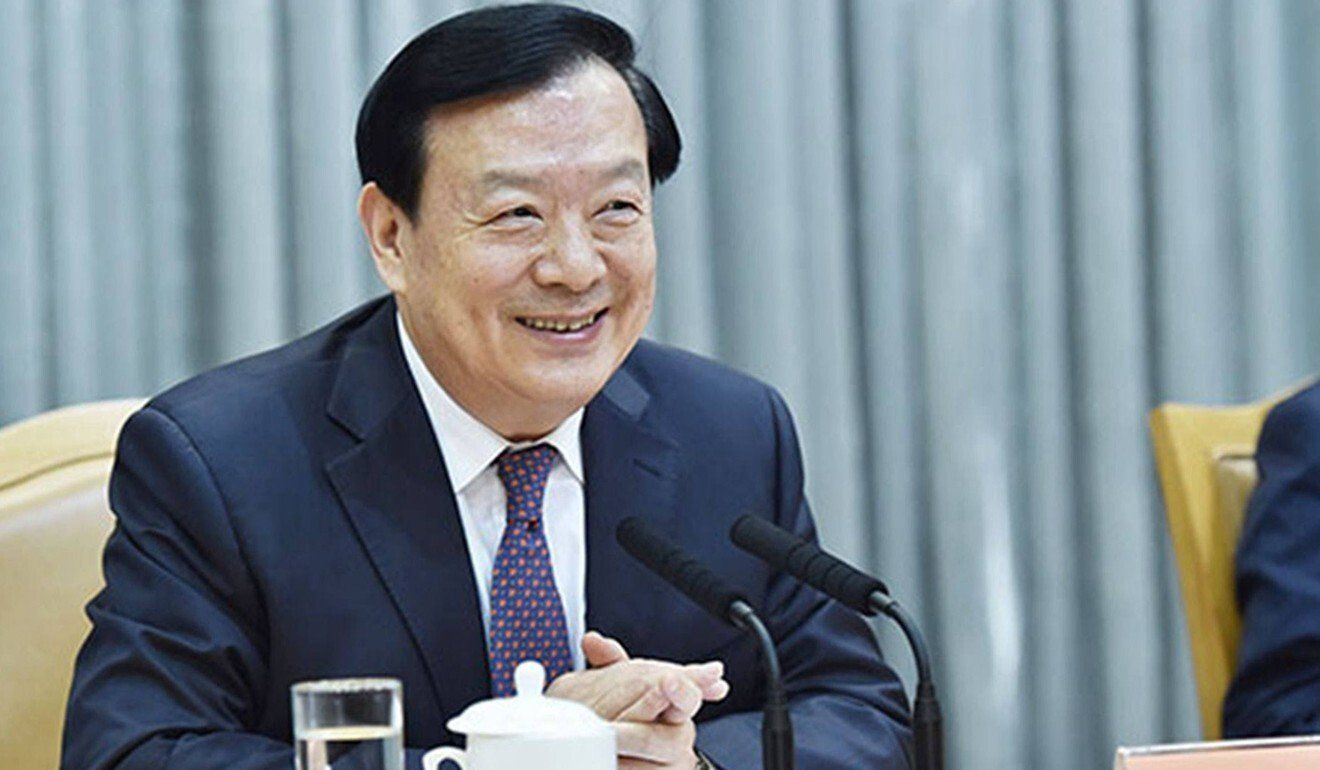 Xia Baolong, head of the Hong Kong and Macau Affairs Office, says all of the city’s branches of government must be led by ‘true patriots’.

Nationality requirements for judges in Hong Kong currently exist only for the chief justice and the chief judge at the High Court, who must be Chinese citizens and permanent residents with no right of abode in another country.

While some pro-Beijing politicians have recently argued judges with foreign citizenship should not be permitted to preside over national security law cases, the legislation already empowers Hong Kong’s chief executive to hand-pick the jurists who hear them.

But days before Beijing imposed the sweeping law on June 30, Zhang Yong, vice-chairman of the Legislative Affairs Commission of the National People’s Congress Standing Committee, argued that Lam should avoid selecting judges who might be compromised by “dual allegiances” to their native countries. Lam said that was unrealistic.

A source familiar with the operation of the judiciary said there were a substantial number of judges working at various levels of the city’s courts who had either foreign nationality or right of abode.

“Some pro-establishment figures in Hong Kong and mainland experts have sounded out some aggressive suggestions, like imposing more stringent requirements on Hong Kong judges. But I don’t think the central government would buy those views,” said Tong, who is also a barrister.

In an emailed response to the Post on Monday, the judiciary declined to comment on Xia’s remarks, but reiterated that the principle of judicial independence was clearly enshrined in the Basic Law.

Asked if foreign judges might be ousted in the future based on Xia’s proposed definition of “patriot”, the judiciary did not directly respond to the question, instead pointing again to the Basic Law.

“They are to be appointed by the chief executive on the recommendation of the Judicial Officers Recommendation Commission,” it said. “All judges and judicial officers should be chosen on the basis of their judicial and professional qualities, and may be recruited from other common law jurisdictions.”

Professor Simon Young Ngai-man, a legal academic of the University of Hong Kong, noted that Xia had reiterated that his concern was primarily targeted at those who opposed China or disrupted Hong Kong.

“If this is the target and standard then his comments should not be too concerning as I cannot think of any judge or magistrate [past or present] who has exhibited such thoughts or actions. I don’t see this as signalling any greater intervention in our judicial system,” he said.

While the law has provided more guard rails for the judiciary, questions about the fate of foreigners and opposition figures in statutory bodies have been raised in the wake of Xia’s speech.

As of last June, there were 268 statutory bodies helping the government form policies and make decisions, according to the Home Affairs Bureau.

They also undertake numerous public roles that would otherwise be performed by government departments. Some, such as the Hospital Authority, exercise executive duties. Others, such as the Securities and Futures Commission (SFC), an independent regulatory body, perform key roles overseeing the city’s financial sector.

Members of these bodies, the bureau said, are chosen taking into account their ability, expertise, experience and commitment to public service.

But the SFC is currently reviewing the appointment of JPMorgan Chase head of global private banking Nicolas Aguzin as the first non-ethnic Chinese chief executive of Hong Kong Exchanges and Clearing (HKEX), a move that could be subject to heightened scrutiny under the new mandate.

In the past, some opposition camp figures have been appointed to statutory bodies only to be ousted when the bloc’s relations with the government soured in recent years.

Former lawmaker Dennis Kwok once sat on the Competition Commission, but was not reappointed last April after Beijing agencies publicly attacked him for allowing the Legislative Council’s pan-democratic camp to filibuster in a bid to stall the election of a new House Committee chairman.

Another statutory body, the Independent Police Complaints Council, has seen moderate pan-democrats given seats in the past, including Helena Wong Pik-wan and Kenneth Leung, though neither were reappointed after 2016.

The Home Affairs Bureau declined to comment as to what measures the administration might take to ensure “patriots” head important statutory bodies. 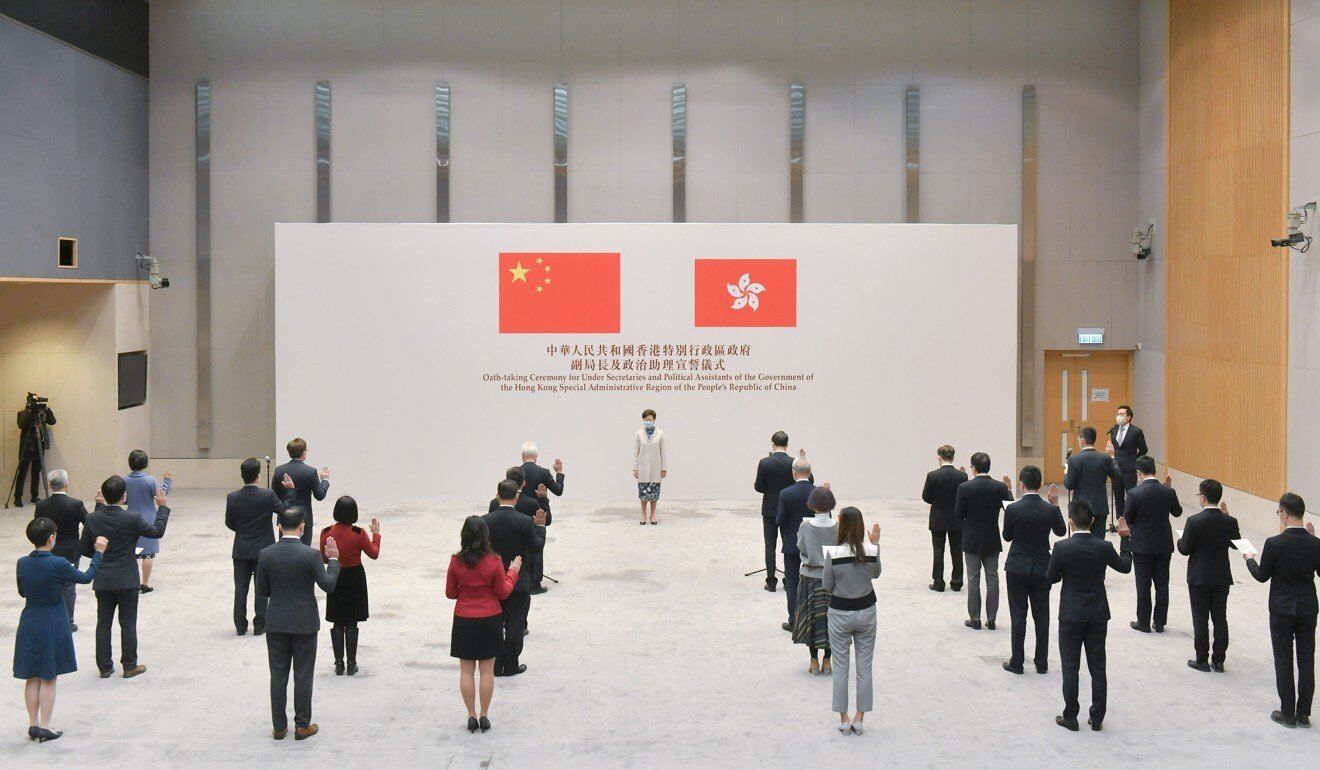 New government officials swear an oath of allegiance to the government in December.

But former opposition lawmaker Lam Cheuk-ting, of the Democratic Party, feared the new requirement would hamper the bodies’ impartiality if they were forced to handle “political missions’’.

“Would it clash with their professional roles?” he asked. “For instance, would the Securities and Futures Commission have more to consider now when they look into the irregularities of state-owned enterprises?”

“Meritocracy will give way to political loyalty when ‘true patriots’ are chosen to be heads of important statutory bodies,” he said. “By doing so, Beijing is dismantling the whole governance system in Hong Kong.”

The Post previously reported Beijing was mulling a drastic overhaul of the city’s electoral system.

Part of those deliberations included a plan to scrap all 117 seats likely to be controlled by opposition district councillors from the Election Committee that chooses Hong Kong’s chief executive to quash their influence on the 2022 leadership race.

But Tong said the administration’s plan to amend the Oaths and Declarations Ordinance later this year would suffice to ensure that members of the legislature and district councils met the patriot requirement.

The administration’s planned amendment to the ordinance seeks to bring it in line with the national security law by extending oath-taking requirements to district councillors.

While Article 104 of the Basic Law currently requires only the chief executive, principal officials, executive councillors, lawmakers, judges and members of the judiciary to take the oath before assuming office, Article 6 of the national security law requires any resident “who stands for election or assumes public office” to do the same.